Madden NFL 13 trots out the same basic experience one more time, creating an enjoyable game without any major improvements.

In 1984, Dan Marino set an NFL record by throwing for 5,084 yards in a single season. Decades passed with no quarterback coming close to that hallowed ground, but things began to change a few seasons ago. With stricter rules governing how tight cornerbacks could play and a safety initiative implemented to eliminate dangerous hits to offensive players, passing numbers skyrocketed. In 2011, two players eclipsed Marino's record, with two more close behind. These numbers are not an anomaly. The NFL is a league built on trends. As new strategies arise and rules are introduced, old ideas are left in the dust.

Enter Madden NFL 13. With an overhauled presentation and a more refined animation system, this is the best version of the long-running franchise yet. But it's still Madden. Unlike the real sport, it hasn't evolved in meaningful ways. The tactics that worked a decade ago are still effective here. And unlike in the NFL, where every team has to use its specific skill set to succeed, there is little diversity. Despite this clash with reality, Madden 13 is still an eminently enjoyable experience. But by focusing on improvements to the aesthetics instead of the core mechanics, Madden NFL 13 does little to separate itself from its predecessors and cements the growing disconnect between it and the real sport.

Teaming Gus Johnson, the most enthusiastic play-by-play man in the business, with Cris Collinsworth, a no-nonsense analyst, seemed like a dream pairing. But the stilted chatter in Madden NFL 12 forced people to scramble for the mute button. Thankfully, these commentators have been escorted from the premises in Madden NFL 13, replaced by CBS's number one duo, Phil Simms and Jim Nantz. Their presence is less invasive, often letting the rhythm of the game speak for itself, but this has its downside. Automated replays, long a thorn in Madden's side, are once again clumsily implemented. The commentators often clam up, and disjointed cuts make it tricky to see what happened, ruining much of the broadcast charm the game attempts to evoke.

The biggest changes are seen off the field. Connected Careers is where you play out your franchise dreams, and there is an enticing twist that makes it more engaging than in years past. Joining an offline or online league, you choose whom you want to control. Fancy taking over your favorite player's career? Or maybe you have your eye on a retired great? Playing as Steve Young in the modern era is a dream come true for 49ers fans who have suffered through subpar quarterback play the last 13 seasons, and when it's time for him to hang up the cleats, you can take your pick of someone new. There are a handful of former players in a variety of positions, so if you'd rather dance to the end zone as Deion Sanders or abruptly retire as Barry Sanders, the choice is yours.

Connected Careers is a big improvement over Franchise mode. Now, you can choose exactly how much control you want over your organization. Play as a quarterback, and you only have to worry about throwing the ball. When your team is on defense, you just simulate the action, and then you're back in the huddle calling audibles to keep the ball out of your running back's hands. But if you want more control, you can be a coach. Current coaches along with all-time greats are present, or you can put yourself on the sidelines. Being able to switch between player and coach when you want to experience different aspects of Madden gives you new appreciation for how much depth is present in this game. Building a team through free agency, trades, and the draft is trickier than just taking the field blind to the front office's struggles, and you decide how much influence you want.

On the field, things haven't improved nearly as much. There are more animations (which is true in every new Madden release), and there is certainly appeal in seeing a receiver snag a poorly thrown ball out of the sky or a linebacker deliver a crushing hit. But uneven transitions between the animations make for awkward-looking tackles. Unlike in Backbreaker, where every hit reverberated with scary realism, the players in Madden 13 still move in a jarring way that's often distracting. Couple questionable animations with problems that have existed for years, such as random ball physics and unsettling character models, and you have visuals that look great on the surface but fall apart under closer inspection.

But such lamentations are minutia compared to the wealth of strategic joy Madden NFL 13 offers. The franchise has existed since 1988, and the various tweaks that have gone into the game in those 24 years have translated into an incredibly fun experience. As always, Madden 13 is at its best in competitive matches, and it doesn't matter if you're playing a buddy on your couch or across the country, going head-to-head is when the beauty of this game surfaces. Calling hot routes and blitzes to keep your opponent off guard, or evading a heavy rush to deliver a perfect pass, is exciting. Although luck occasionally is a factor (especially with turnovers), you're usually in total control of your actions, and considering the amount of depth present, the more time you invest, the more you grow as a player.

However, one problem that stands out is that there isn't a great diversity between teams. This has always been true in Madden, but it's still disappointing that this aspect hasn't been addressed. If you choose the Michael Vick-led Eagles, you can certainly scramble more than Carson Palmer and the Raiders, and having a fast running back allows for more outside runs than a slower runner, but these are small differences. The philosophical discrepancies that separate teams in the real NFL simply aren't present here. You can forgo the running game and run tight end seam routes as every team in the league, even though only the Patriots have a roster capable of such an attack in real life. Having this flexibility does make Madden 13 accessible for those who just want an exciting football game, but it also highlights how different the virtual interpretation of the sport is from the real thing.

Despite a few small issues, Madden NFL 13 is the best version of the same basic game that has existed for years. Nominal improvements in most aspects create a more believable experience, both on the field and off, and the expanded career mode lets you decide how much control you want in creating your team. But these changes never go beyond what you'd expect for a yearly sequel. And though the aesthetics have been improved, the core gameplay lacks the dynamic changes that make the real sport so exciting to watch. Madden NFL 13 is certainly enjoyable, but the dearth of evolution is more glaring every season.

View Comments (88)
Back To Top
7.5
Good
About GameSpot Reviews 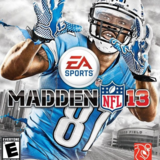 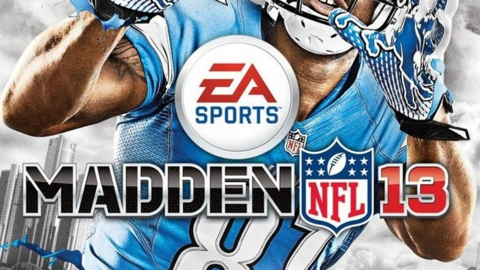 Madden NFL 13 is developed around the powerful, all-new Infinity game engine and features new gameplay improvements, Madden social/play functionality, and the ability to build a franchise as a coach, NFL superstar, or yourself.