As silver anniversaries go, Madden NFL 25 falls short, aside from the obvious title and the intro video of Madden logos from years past. If anything in Madden NFL 25 exemplifies John Madden's game legacy, it's in EA Sports' attempts at authenticity, even if it's only in select areas of the game. It is very much a product of its times, given the emphasis on option offense, a reflection of the option-intensive 2012 NFL season. For this year's new consoles, Madden 25 isn't a major overhaul, but nor is it just a port with better textures.

No matter how often Madden games put run plays at the forefront of the playbook, it still can't escape the appeal of the long bomb. Even on Pro difficulty, finding an open receiver to catch a 30 yard pass is easy. The chances of a pass completion are high enough that you still feel like you're in the game even when you're down by 14 points with 90 seconds left on the clock. The offense is even more empowered in the Xbox One and PlayStation 4 versions now that pass blocking has been strengthened, giving the quarterback more protection. You may feel sorry for the other team, but watching the pass blockers earn their keep in replays is a beautiful sight. Defense still has a low success rate in catching interceptions; maybe if players didn't so often overextend themselves, the ball wouldn't bounce off their outstretched forearms.

If you believe in the run, Madden 25 has a lot of ground weapons, but there is a learning curve. There's a lot of hard work needed to make the most of this year's new run-based precision modifiers. This feature provides an additional set of running moves to an already suitable selection of maneuvers. Knowing what moves to use and when can be a challenge, especially when split-second decisions have to be made and the resulting button commands are akin to fighting game combos. At least the tutorial is so robust and easy to use that several hours committed to run training can yield big plays as meaningful as any long pass.

For better or worse, the home crowd roars to all big outcomes, an overdue step up from every Madden game prior, including the Xbox 360 and PlayStation 3 versions of Madden 25. Getting a new set of downs and having the crowd react as excitedly as you shows that there are signs of life in the stands. Also included are the long-awaited 3D model crowds, although they aren't as animated as the noise level would have you believe. Fans in the stands are still a result of a copy and paste operation, but at least the duplication is less obvious in the crowds than in the row of similarly dressed press photographers you spot on the sidelines. For each anomaly, like a poor facial render of a head coach, there's a subtle detail, like a wide receiver who tries to keep both feet in the field during a catch.

Madden 25 does everything it can to demand my weekly attention. I respect that its incentives aren't mere double XP bonuses. Fantasy football integration is good, but getting a quick-loading roster update based on a given week's real life games is even better. A narrow ticker at the bottom of the screen shows the most recent scores, upcoming kickoffs, and injury reports. It was curious to even see updates about college football star Johnny Manziel, as if EA Sports wants us to keep him in mind before his inevitable pro draft in a year or two. With the Snap functionality and Microsoft's partnership with the NFL, such news feeds on the Xbox One feel redundant. Still, playing Madden 25 while having a live NFL game play on Snap made me feel like a momentary superfan.

The commentary scripts delivered by Jim Nantz and Phil Simms are wisely packed with history, effective as subtle filler. As a lifelong Niners fan, my game against the Cowboys was all the more believable when the booth made specific comments about the two teams' famous rivalry in the 90's. Jim and Phil won't comment on this year's improbable winning streak by the Chiefs, but they do get involved in the fictional career mode. References to prior games and commenting on injuries add a lot to the authenticity. These remarks are welcome in a sport where considerable airtime is filled by stating the obvious. Yes, Mr. Simms, teams do feel more confident when they're in the lead.

Beyond the action on the field, there's the return of the franchise mode, now called Connected Franchise. It provides adequate role-playing experiences in a pro football context, putting you in the shoes of either a player, coach, or owner. As an owner, it's entertaining to make low level choices on food concessions as well as more fantastical decisions like moving an established team to a new city. It borders on novelty as its appeal wears thin after a season, leaving one to wonder how much better this mode would be if it had more simulation style features. Complementary to Connected Franchise is the return of the collectible-card driven Madden Ultimate Team. With its virtual cards and the blind pack appeal, Ultimate Team is the one aspect of Madden 25 where microtransactions makes the most sense. You might find it a more rewarding mode than Connected Franchise, provided you take the time to understand its complexities, like tailoring a team based on a quarterback's strengths.

For each anomaly, like a poor facial render of a head coach, there's a subtle detail, like a wide receiver who tries to keep both feet in the field during a catch.

As part of the launch lineups of both of this year's new consoles, Madden NFL 25 is a fine entry that relies on the foundation of the Xbox 360 and PlayStation 3 versions with a few meaningful improvements. Pass protection that depicts an offensive line truly working together is a long-awaited improvement that series fans will love, and there are tangible dividends in learning the running game, provided you invest the time. Madden 25 lands on the positive end of the quality spectrum, and it's satisfying enough to warrant weekly sessions well beyond Super Bowl XLVIII. 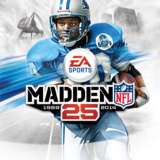 Miguel's charmed upbringing as a San Francisco native in the 1980s makes him expect a lot from his beloved Niners, virtual or otherwise. In 4th grade, he tackled the QB, not realizing it was a flag football game. The longtime Madden player has since gotten better at understanding the rules, leading to about 30 combined hours on both the Xbox One and PS4 versions. 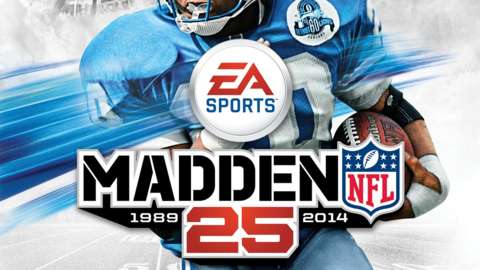