Mace was a beautiful 3D arcade fighting game that relied on the 3Dfx Voodoo processor to deliver incredible scenery and animation. Unfortunately, the gameplay didn't stand up to the game's amazing appearance. The N64 is a faithful recreation of Mace: It looks fantastic but still plays poorly.

The story in Mace revolves around - you guessed it - a mace. Whoever wields the mace on Tanis is granted immortality and all kinds of crazy power, so a bunch of characters have gotten together to fight for it. These fighters include Al Rashid, an assassin that fights with two scimitars; the Executioner, complete with his hood and giant axe; and Lord Demios, an evil knight with a giant sword.

The graphics in Mace are some of the most beautiful N64 scenes to date. The backgrounds look absolutely terrific, and the characters all look very good. The frame rate is mostly smooth, although it sometimes takes a noticeable dip when characters fall into the water or lava surrounds some of the stages. Also, the character action is a bit jumpy, leading to some confusion when things get hectic. The soundtrack is decent, but the sword clashes sound more like an inflated rubber ball bouncing on a schoolyard blacktop than actual swordplay.

Mace is all fine and good while you're watching it, but the minute you pick up the controller, the facade is shattered. The fighting is best described as a button-pounder, similar to Dark Rift, Virtua Fighter, and others, but it also has Street Fighter-style fireballs, dragon punches, and other special moves. The game has fatalities (called executions here) that all look pretty cool but don't really help the game's dull combo system and uninteresting moves very much.

All in all, Mace is a depressing game. It looks so good that you really want to like it, but it just isn't very much fun to play at all. It falls squarely between Dark Rift and War Gods in the realm of 3D fighting on the N64. Hopefully, someone will eventually do a worthwhile N64 fighting game. 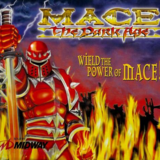 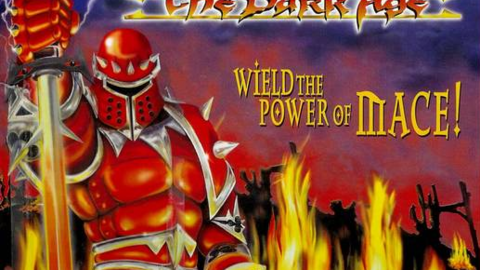