More than two years after the release of LittleBigPlanet, the creativity of the game's community continues to impress. Tools that were designed to let users craft their own levels for the popular platformer have been masterfully manipulated to make all manner of weird and wonderful gameplay experiences, 3-million-plus of which live on in LittleBigPlanet 2. The superior creation tools that you're afforded access to in Sackboy's second outing are sure to send that number skyward soon, and even if you have no desire to make your own masterpieces, you're sure to enjoy the incredibly varied fruits of developer Media Molecule's labors, as well as those of other players. For creators, LBP2 is an easy-to-use tools package that lets you turn your ideas into games that can span multiple levels and genres, and even include cutscenes. For players, LBP2 is a game that lets you play all of these creations in addition to its own charming and impressively varied Story mode. Everyone's a winner.

Regardless of what you ultimately hope to get out of LBP2, the Story mode is a great place to start. The world of LittleBigPlanet has come under attack from the evil Negativitron, and only you (and up to three of your friends) can save the day. The 30-plus Story mode levels are incredibly varied both in terms of gameplay and visual design. One moment you're jumping between moving wooden platforms and swinging from sponges; the next you're riding a bee through a blocky-looking side-scrolling shooter and knocking enemies out of the sky with honey projectiles. Then, after using sticky cake projectiles to solve simple puzzles, you might find yourself cruising through another character's body and using white blood cells to combat a meanie infection. Each and every one of these levels serves as an enjoyable showpiece for what LBP2's new creation tools are capable of, and playing through the Story mode is even more fun than in the original game because you never know what the next level is going to have in store for you. Furthermore, Story mode levels have plenty of replay value if you're interested in finding all of the collectible materials, stickers, Sackboy outfits, and other goodies that have been expertly hidden away.

A number of the Story mode's collectibles can only be reached if you're playing cooperatively in a group of up to four players. Sequences that require multiple players are rarely complex, but even relatively simple objectives can be tricky to complete if you have to enlist the help of someone who isn't familiar with LBP's floaty physics or comfortable with how Sackboy moves between the foreground and background. Furthermore, playing cooperatively (especially locally) can get pretty confusing because, unless all of you are moving in sync, the camera becomes problematic. First, it zooms out in an attempt to keep all of you in shot, which can make distinguishing one Sackboy from another difficult. Then, if that fails, it leaves the player or players who are lagging behind for dead and they rejoin the action at the next checkpoint. Some levels fare a lot better than others in multiplayer, but often, the most enjoyable way to get items from multiplayer areas is to have friends hop into your game only when they're necessary, which is unfortunate and not much fun for them. For a fun multiplayer experience, your best bet is to check out some of the new versus games which, once you unlock them in Story mode, include enjoyable takes on basketball, air hockey, and pool, to name but a few.

Armed with the items that you've collected in Story mode, as well as any that you've imported from your original LittleBigPlanet profile, you might be eager to jump into Create mode, but you'd do well to check out some of the new creation tutorials beforehand. The adequate though not entirely comprehensive tutorials are again wonderfully narrated by Stephen Fry, and even if you consider yourself something of an expert with the first game's tools, there's a lot of new ground to cover. Sure, you can safely skip the tutorials on gluing, corner editing, bolts, and basic sensors, but what about Sackbots, power-ups, microchips, and the gameplay sequencer? These are just a few of the new creation tools at your disposal in LittleBigPlanet 2, and they are quite literally game-changing additions. For example, Sackbots are non-player characters that can be customized with different appearances and behaviors; you can use them as actors in cutscenes, as enemies that are intelligent enough to avoid hazards and use power-ups, or--as they appear in the Story mode--as friendly little guys that you must either lead or herd through levels. Microchips, on the other hand, are a strictly behind-the-scenes innovation that give you a big flat space upon which to arrange multiple logic pieces (timers, randomizers, and the like) that might otherwise be confusing and difficult to arrange when applied to an object.

Power-ups are another excellent addition because, much like the paintinator gun that was introduced in the LBP Metal Gear Solid expansion pack (and which, like all of the original LBP's downloadable content, works with LBP2), they open up many new possibilities when designing levels. The grappling hook lets you swing from any object that it can grab onto, the grabinator gloves give you the strength to pick up and throw heavy and dangerous objects, and scuba gear lets you swim underwater without having to seek out oxygen-filled bubbles or come up for air. The most exciting power-up, though, is the creatinator; a helmet that can be used to fire any projectile that game designers choose and that includes user-created objects. Want to create a level in which Sackboy puts out fires? Give him a creatinator that fires a steady stream of water. Or how about a versus game in which two of you compete for high scores while shooting at enemies whose faces are photos of your friends taken with the PlayStation Eye? Easy, just load up the creatinator with missiles, fireballs, impact explosives, or some projectile of your own invention. You can even have the creatinator launch objects that then fire projectiles of their own. The possibilities are endless.

Perhaps the most significant game changer introduced in LBP2 is the controlinator; a small and unassuming device that, amongst other things, serves as a seat for Sackboy in vehicular gameplay sequences. More importantly, the controlinator can be used to give the players of your games and levels direct control of any object--effectively taking Sackboy out of the equation. Used in conjunction with the new antigravity object tweaker, the controlinator makes it painless to create side-scrolling and dual-stick shooters, tower defense games, top-down racers, and games in which you control nothing but a crosshair and a trigger, to name but a few. As a creator, you even get to map all of the controls of your games yourself, simply by using invisible wires to connect the buttons and analog sticks on a picture of a Dual Shock controller to the movers, rotators, emitters, and other devices that you want them to trigger.

Working with audio in LittleBigPlanet 2 is only as complicated as you want it to be. Different material types all have default sounds associated with them so, for example, when an item made of wood crashes into an item made of metal, what you hear is believable. That's just the tip of the iceberg, though. There are dozens of great licensed songs and original music tracks included, along with loads of sound effects and even a selection of gibberish voices that you can assign to your characters. As with other aspects of creation in LBP2, you're given more than enough professional quality items to work with, but you're also afforded access to the tools and raw materials that you need to make your own. For starters, there are dozens of instrument samples that you can use to create your own tunes using the built-in sequencer, and if you want your characters to be voiced or your game to be narrated in some way, you can record your own samples using a headset or the PlayStation Eye mic.

If you're a creative type willing to put in some serious hours testing and improving upon your designs, there's no reason you can't share games with the LBP2 community that are good enough for players to come back to again and again. You might even receive requests to make sequels. Of course, not all of the creations that find their way into LBP2's community area will be very good or even worth playing. Already, numerous levels are appearing--just as they did for the first game--that serve no purpose other than to unlock trophies for anyone who plays them, while others simply aren't finished. Thankfully, there are some solid systems in place to help you sort the good from the bad. The option to rate levels after playing them with between one and five stars from LBP has been replaced with a simple smiley- or sad-face option that allows you to see, at a glance, how many players enjoyed it versus how many didn't. When browsing levels, you can also see how many players have completed them and how many liked them so much that they took the time to bookmark them with a heart. After playing a game, you have the option to write a full review for it and select tags relating to the experience ("short," "intricate," "funny"); the game type ("puzzler," "sports," "racer"); and specific content ("collectables," "water," "grappling hook") that you think apply.

When searching for new games to play, it's possible to filter using these tags in conjunction with those relating to the popularity or newness of levels, so it's pretty easy to avoid games that you have absolutely no interest in playing. Impressively, you can search for levels using these same filters on the new LBP.me community site, and even queue them up for next time you play. Also, as in the original game, it's possible to bookmark your favorite creators so that you can more easily find new offerings from them.

Like the most prolific creators in the series' community, LittleBigPlanet 2 is a game that just keeps on giving. That's also true of the first game, but what separates LBP2 from its predecessor is the sheer variety of games that are being created and will no doubt continue to be created for many months to come. This isn't just a superbly presented game that incorporates multiple genres and comes packaged with a powerful creation suite, it's your doorway into a wonderfully charming, vibrant, and ever-changing universe where almost anything is possible. Even if you're not interested in designing and creating games yourself, LittleBigPlanet 2 is not to be missed. 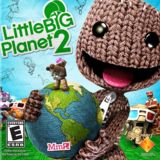