Memories are just lessons for the future.

The third episode of Life Is Strange 2 takes place two months after we last saw Sean Diaz and his little brother Daniel escaping Beaver Creek, Oregon because of yet another plan gone wrong. There's a lot to get caught up on here, but Sean's journal does a good job of making sure you don't feel like you've missed out. The end of Sean's most recent entry reads, "It's not easy," and as I sat there a couple of hours later completely unable to decide how Sean should proceed in a high stakes situation, I couldn't have agreed more.

The road has taken a toll on the brothers, but they've found themselves a ragtag group of friends and a makeshift community campsite in Humboldt County, California to call home. Their financial situation is also looking up thanks to a couple of not-so-legal jobs working on a weed farm. These were arranged by Finn, a hippie backpacker they first met back in Oregon who now works on the farm. The pace slows right down in Episode 3, and while that's reflective of life on the road, it means that having an investment in the characters and their development is essential in keeping you engaged. Fortunately, with a campsite full of colorful characters to learn from and bounce personalities off of, you get to learn a lot about who the boys are apart from one another and watch them discover who they want to become.

Just in case you've lost track of the events so far (it has been almost four real-world months since the last episode), Episode 3 begins with a flashback to a time before the brothers were forced to leave Seattle. Initially, this feels like retreading ground you're already familiar with, but it serves to reintroduce not only what life was like before the brothers were on the run, but it's also a reminder that the growing pains of their adolescence are the same, no matter how much their lives have changed.

For example, there's a flashback of a sibling tiff that leads to a conversation between Sean and his father Esteban, who asks his son to help take care of his little brother. The discussion is compassionate and respectful; Esteban tells Sean he's proud of him and asks him to go talk to Daniel. Sean does so and this moment mirrors the beats of the prior conversation. The reintroduction of Esteban weighs on your decision-making over the rest of the episode as you try to play the role of brother, father figure, friend, and keeper to Daniel and his supernatural abilities. The realization that there is no way to do all of the above is a frustrating reality for both you and Sean, and this adds nuance to your decision making.

As with the previous episode, Life Is Strange 2's greatest strength is the care it puts into characterization and writing. The ongoing complication of this episode is Sean discovering who he is, what he thinks, and facing very tangible romantic prospects while Daniel feels like he's losing his brother. There are almost a dozen vastly different characters to engage with in Episode 3, and relationships feel fluid and changeable. The relatability of Sean's character makes it easy to sink into his shoes when you talk to your companions. Your connection to Sean's mindset is most clear when Daniel grows close to Finn and you feel an undeniable sense of jealousy when he trades out the watch you gave him for a bracelet from Finn. You feel fear when Daniel acts out and endangers himself, nervous when testing out the waters of a new relationship, and the constant weight of trying to make the right decision when there isn't one. The natural performances, writing, and genuine character moments coalesce to give each character weight and complexity, making them easy to care about.

The environment is lovingly rendered down to the most minute details, and it paints a full and clear picture of what life is like with your makeshift community in the California forest. You can overhear conversations as you walk around the campsite, there's a chore list nailed to a tree, and there are giant redwoods to admire in every direction. There is a larger focus on the series' contemplative cutscenes set to an evocative alternative soundtrack, which underpins the coming of age vibe of the episode.

Aside from a couple of late-game scenes, interactive moments are less of a focus--though there are narrative reasons behind it. Occasions where you're trimming buds of marijuana, sketching your companions, and trying to steal a truck break up the blocks of wandering and conversation in a refreshing way, but they're the minority of your playtime. Fortunately, it's far more interesting to watch Daniel grapple with having to grow up so quickly and Sean trying to decide between doing what's right for his brother or what's right for himself as a young adult figuring out who he wants to be.

With Sean and Daniel spending all their time around other people, there are few occasions for Daniel to use his powers, despite them having grown significantly stronger. While his abilities spark some interesting conversations and eventually shift the flow of the plot, they largely take a back seat to the rest of the narrative right up until they're used to cause some inescapable dramatic upheaval. As they've been used this way multiple times in the story so far, these moments begin to feel predictable--and though the implications are interesting, it's certainly a crisis you can see coming.

Your connection with Daniel will begin to fray regardless of your prior relationship and binary decisions can still not go the way you'd like because characters act out of their own interest. This agency makes the people you interact with far more interesting. Just because you make a choice doesn't mean the story will unravel that way as the motivations of independent characters are prioritized, so they won't necessarily do as Sean asks. The story branches are also starting to bear pretty significant fruit, with a few wonderful scenes regarding the exploration of romance, sexuality, individuality. While there is less interactivity this episode, the achievement in portraying genuine and evolving young characters and the challenges of adolescence remains engaging.

Despite its supernatural themes, Life Is Strange almost always delivers an honest moment instead of a sensationalized one. There's something far more relatable about a teenager mumbling apologies after their "first time" instead of dancing down the street to the tune of "You Make My Dreams Come True," and it's these moments that truly solidify your investment in Sean. At one point, Finn tells Sean, "Memories are just lessons for the future." For a story that so rarely lets its characters escape unscathed no matter how you choose to act, it's a solid adage. The goal of making it to Puerto Lobos feels increasingly immaterial given the escalation of Daniel's powers and the hurdles in their way. As they say, the journey matters far more than the destination, and Sean and Daniel's journey is one that continues to intrigue. 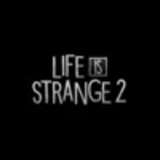 Jess spent eight hours with Life Is Strange 2: Episode 3 over multiple playthroughs. She's devoted a lot of time to figuring out which romantic option is a better fit for Sean, but will ultimately abandon anyone to make Daniel happy. Review code was provided by the publisher. 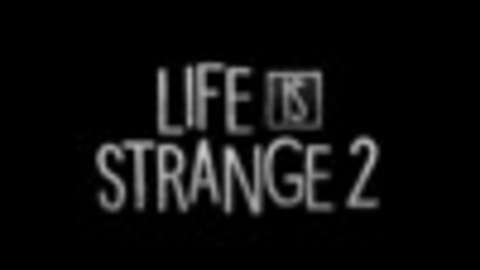