We have a Hulk (a few actually).

There are more than 100 characters to discover in Lego Marvel's Adventures, and it'll take dedicated players dozens of hours to access every single one. But even when you've unlocked only a handful, it's clear that many of the characters play in the same way. There may be a lot of Marvel heroes and villains to be found here, but there's also quite a bit of repetition.

The same could be said of the many Lego games that have released in the decade since Lego Star Wars kickstarted this popular franchise. There's a familiar, predictable feel to most of these games, and outside of cosmetic differences and some non-impactful combat additions, Lego Marvel's Avengers very much plays like the latest iteration of a well-worn template. After the wildly inventive Lego Dimensions last year, Avengers feels a little old-fashioned.

Old-fashioned doesn't necessarily mean tired, though. Lego Marvel's Avengers is packed with fun moments and plenty of content, even if all the beats are ones you've heard before. This Lego game goes back to proven ground as a charming action adventure that has a strong focus on puzzle solving. Most of the game plays out in the same way--two or more characters (drop in/drop out two-player support is present as always) traverse through levels, fighting their way through hordes of enemies and having to solve puzzles that usually involve the use of unique character traits. Tony Stark, for example, has the mechanic ability to fix broken machines, while Black Widow's invisibility allows her to sneak past security systems in order to disable them. Very few of these puzzles are taxing (which is apt for a game aimed at kids), with the key to even the most obtuse ones usually being "hit enough environmental objects until the solution presents itself."

Combat is simplistic, and is limited to one attack and another special attack. Lego Marvel's Avengers tries to improve on this by introducing unique moves that result in two characters combining their skills. Thor can strike his hammer on Captain America's shield to create a massive shockwave, for example, while Scarlet Witch can take a whole quiver of Hawkeye's arrows and shoot them out in all directions. There's a good variety of these combinations to be discovered, at least within the core group of Marvel Cinematic Universe Avengers--the uniqueness of these moves thins out once you get to pairings with other, lesser-known characters. But with the very simple combat (as per usual there's no penalty for losing lives) there's no real incentive to use these flashy moves other than for the brief visual flair they provide.

This simplicity makes Lego Marvel's Avengers feel light and breezy, and despite its adherence to formula, there's still undeniable fun to be had in conquering the game's many levels. Several action sequences are propulsive and exhilarating, such as a battle on top of a moving train (taken from Captain America: The First Avenger) and a long section set on New York streets in a battle against the Chitauri.

A lot of the joy here can be attributed to the charm the Lego games exude, something that is again abundant in this latest version. The game's main quest line follows events from the first two Avengers films as well as some of the standalone Marvel films from the MCU's Phase Two series, but puts it's own irreverent, kid-friendly spin on them. (Movie spoilers incoming.) Quicksilver gets sprayed with ice cream instead of bullets in Lego Marvel's Avengers version of one key scene in Age of Ultron, for example, while some of Tony Stark's routines to get in and out his various Iron Man suits are played to good comic effect. There's even room made for some sweetness, such as a quick, quiet flashback scene in which Captain America finally gets to have his dance with Peggy Carter.

Outside of the main story, Lego Marvel's Avengers also features several large open-world areas for exploration. These areas are dotted with quests, checkpoint races, and collectibles. They feel more alive and vital than in previous Lego game iterations of open world environments; the New York area in particular feels jam-packed with things to do, with many Marvel characters dotted through its streets. That same sense of goofy fun in the main quest lines permeates these worlds as well (gigantic dragon Fin Fang Foom, for example, needs culinary help for some strange reason).

It's probably no surprise to say that Lego Marvel's Avengers appeal will vary depending on your affection for Marvel characters (particularly their Marvel movie versions), and as a fan I was made giddy by the level of detail to be found in this game. The most impressive for fans is the huge number of available characters, which spans a wide gamut of both the well-known and esoteric. Tony Stark alone has several Iron Man suits that he can wear, while obscure names like Captain Universe and Madame B also make an appearance. My personal favorite is Squirrel Girl, who also happens to come equipped with a Hulkbuster-like suit of armor.

After the inventiveness of Lego Dimensions, it's tough to go back to a game that follows the old Lego formula. But Marvel's Avengers mostly staves off franchise fatigue thanks to its fast-paced, cheery nature. If you've played a Lego game in recent years then you'll know what to expect: another familiar and fun adventure that you can enjoy with your kids.

View Comments (14)
Back To Top
7
Good
About GameSpot Reviews 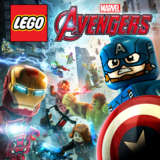 Randolph played through the entire main campaign, several side missions, and spent a few hours in the open world of New York to try and unlock as many characters as he could. Finding Squirrel Girl made him very, very happy.