Legaia 2 is a good game that can be recommended to hard-core fans of console role-playing. But it's suitable only for that crowd.

Its visuals are up to the current standard, but Legaia 2: Duel Saga can best be described as a throwback to the role-playing games from five years ago, which themselves weren't much different from RPGs dating back to the early '90s. That's because this popular genre is born out of some solid conventions, even though some of these have become harder to accept over time. On the one hand, Legaia 2 has a strong cast of anime-inspired characters, a good story, and an interesting combat system. It's also lengthy and at times very challenging. These are exactly the sorts of things that fans of the genre look for. Yet on the other hand, Legaia 2 exhibits many of the most frustrating, most dated traits of console role-playing: countless random battles, a generally slow pace, and repetitive gameplay. In spite of all this, Legaia 2 is still a good game that can be recommended to hard-core fans of console role-playing. But it's suitable only for that crowd.

As is the case in many RPG series, Legaia 2's connection to its predecessor is purely thematic. The sequel doesn't require or even expect you to have played the original, which was released in the United States for the PlayStation back in early 1998. If by chance you did play Legend of Legaia, you'll find that the sequel offers a similarly dynamic-looking combat system, which remains central to the gameplay. Beyond that, Legaia 2 introduces a new hero--an intense teenager named Lang, or whatever you choose to name him instead--who'll join forces with other characters in his quest, including an emotionally distraught girl named Maya and a weathered martial artist named Kazan. Early on, Lang leaves the safety of his humble village in an effort to recover the village's life-giving relic, which has been stolen by a mysterious man with gold eyes. But, as things go in role-playing games, matters of even graver importance eventually arise, and soon enough Lang and company will find themselves not just saving a village, but saving the world. Along the way, you'll learn a lot more about each of the game's main characters and also see them grow much more powerful. You'll also learn all about a race of people called the Mystics--branded with elaborate tattoolike birthmarks, these people are fused with sentient elemental forces called Origins.

Structurally, Legaia 2 works like many other role-playing games. You move from point to point on an overworld map, and new areas are revealed over the course of the game. Within most areas, you'll guide your party of up to three characters (represented by just a single character at a time) down winding or even mazelike paths, often stumbling upon random encounters with enemies, and you'll sometimes break from the main trail to find hidden treasures. The plot unfolds using fully 3D cutscenes that seem to serve as a reward for your hard work slogging through all the combat. In between the predominantly dangerous areas, you'll explore towns where you can buy and sell equipment, chat with the local populace, and relax a little. Most of the game's dialogue is spelled out in text onscreen, translated adequately from the original Japanese, though you'll actually hear the characters speak during combat sequences.

Much of your time spent playing Legaia 2 will be in battle against various foes, so it's a good thing the combat sequences look good and offer some depth. When you run into a random encounter, the scene shifts to a close-up view of your characters and their opponents. Combat is purely turn-based, and unless you're ambushed, at the beginning of each round you'll get to input commands for all your characters. You can use items, go into a defensive posture, try to run, unleash one of your symbiotic Origin's special abilities, but usually you'll just fight. Selecting the fight command lets you then input a sequence of moves by pressing up, down, left, and right in a particular order using the D-pad or left analog stick. These four directions correspond to different types of attacks that your character can execute, and the total number of attack commands possible is largely determined by the character's experience level. Experimenting with different directional combinations will reveal a number of different special moves unique to each character. These flashy-looking combos deal more damage than just random strings of normal attacks, and they sometimes have other properties, like a random chance to stun the target.

More importantly, there are numerous types of these combos, and knowing when to use the different types is the key strategy in battle. Normal arts will be your most common attack type. You're free to use these as often as you like, and using them makes your character accrue AP, or action points. AP are then used to trigger various more-powerful types of arts: You can discover super arts that are stronger than normal arts, you can learn hyper arts that are stronger than super arts, pairs of characters can use variable arts that are stronger than hyper arts, and mystic arts are the strongest of all. Experienced characters can execute multiple types of arts in a single attack, leading to impressive and highly damaging results. Discovering new arts and then balancing normal arts with more powerful ones can make the combat quite rewarding at times.

Often, though, the combat is tedious. The first few times you see each attack animation, they all look great. By the 10th time, and certainly by the 100th, you won't be as impressed, and you'll wish there were a way to speed up the generally slow pace of each of the game's encounters. A lot of time is spent just watching the battle play out, even when the outcome is certain. It can't be overstated just how overbearing the combat in Legaia 2 can be. Each character has a variety of arts, but for the most part, you'll depend on a small number of them that work well. Watching the same drawn-out, flashy attacks over and over can really get old when all you're trying to do is find out what happens next in the story or just get from point A to point B.

The combat has other problems. For one thing, it can be very punishing. The game uses an initiative system that's randomized to an extent, meaning you can't know for sure who's going to act first in each combat round. And because so much damage is dealt in each round of a typical Legaia 2 battle, that means whoever goes first tends to have a huge advantage. Sometimes you'll be out of luck and lose a fight practically before it's even begun. At other times you'll lose the initiative late in a long, drawn-out battle, only to suddenly get trounced just due to a random fluke. A certain element of luck isn't unwelcome in an RPG combat system, but there's a little too much reliance on luck here. Since save-game points can be pretty far apart in Legaia 2, and since the game's long-winded cutscenes can't be skipped, these inevitable unfortunate incidents won't just cause you to lose a battle, but will force you to replay entire lengthy sequences that you've already seen. The way to minimize the chances of this happening is to run around actively seeking out random battles (as if they're not common enough as it is), in order to gain more experience levels to better prepare yourself for each new area. Again, this sort of thing certainly isn't peculiar to Legaia 2 and has been seen in countless other RPGs--but mostly old ones, because newer games have become more forgiving, probably with good reason.

The puzzle-solving sequences in Legaia 2 aren't very difficult for the most part, and they require nothing more than the recognition of simple patterns (and a little help from your Origins). The puzzles do serve to break up the action, and at times you'll feel like anything is preferable to yet another random encounter, so you'll be glad when you run into them. But besides offering puzzles, Legaia 2 sometimes forces you either to backtrack through enemy-infested areas you've already visited or to navigate confusing mazes, and again, these are things that are considered game design no-nos in this day and age.

Some other aspects of the game are pretty refreshing. There are a good number of dialogue options in Legaia 2--points where you'll get to decide how Lang should respond to a situation. Even though these options seem superficial for the most part, it's still nice to feel like you're not just watching the plot unfold, but have a little bit of say in it. You'll also be able to craft new and better items by collecting various raw materials (mostly from battle), and you can even learn to cook many different types of foods that can temporarily affect your statistics. Legaia 2 has a ton of different weapons, armor, accessories, and other items in it, so those who like the collection aspect of role-playing games should be satisfied with just how much there is to be discovered.

Legaia 2 also looks good. Well, most of it does. The overworld map and some of the game's environments aren't anything special, and they use simple or even crude polygonal geometry that looks like it could have been rendered on the original PlayStation. You'll also find that the camera angle seems a bit too close to your character as you're running all around. Your limited view of your surroundings makes it not only easy to stumble into random encounters while looking for an exit, but easy to get disoriented after a battle. However, the character models seen in Legaia 2's combat sequences and cutscenes are done very well. They're not composed of a huge number of polygons, but they have lots of detail where detail matters, such as in their fully articulated hands and expressive faces. The game's over-the-top yet realistic-looking animations and its cool character designs also really help the overall appearance, and the presence of some flashy special effects doesn't hurt, either. There's even a wide variety of win poses and other such eye-candy animations. Ultimately, the combat and story sequences of Legaia 2 do create the sense that you're watching a 3D-rendered anime movie, and that's great. What's more, the game's audio stacks up to its visuals, with a suitably melodic musical score complementing the action and exploration, a good variety of sound effects, and voice acting that's limited but pretty appropriate--you'll probably find that characters sound about how you'd expect them to.

Above all, Legaia 2 demands a lot of patience. It's a difficult game that's clearly designed for experienced role-playing gamers, but these are the same sorts of people who might have already lost their patience for this antiquated style of gameplay. However, those who aren't yet jaded with the formula and have a real willingness to commit to finishing a game that isn't always pure fun will find in Legaia 2 a challenging and often fulfilling experience. No, it's not the best RPG ever. But it exhibits many of the qualities that make this particular style of gaming so cherished among its ever-growing audience. 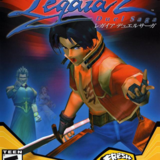 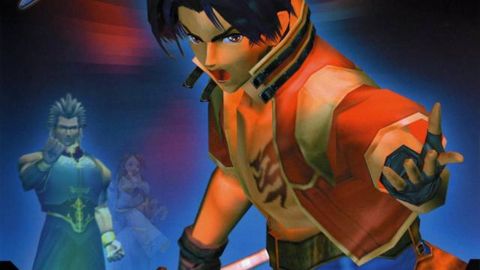 Legaia 2 is a good game that can be recommended to hard-core fans of console role-playing. But it's suitable only for that crowd.