Left Alive Review - No Will To Survive

You awaken in a city under enemy occupation after neighbouring forces swept in and brutally laid waste to soldiers and civilians alike. You’re separated from your squad, your Wanzer mech heavily damaged and unable to operate, with nothing but the local army’s omnipotent AI, Koshka, to help guide you to safety. Left Alive’s opening salvo shows its certain potential, but while the premise pulls you in, the take away once it’s all over is one of resounding disappointment. Left Alive is an astoundingly infuriating grind that lacks in almost every area, making a wholly unrewarding experience.

Set in the same universe as the long-neglected Front Mission series, you alternate between three main characters--a rookie Wanzer pilot, a former military veteran turned beat cop, and a ghosted merc who’s been presumed dead for two years. Each character is on a different path to try and escape the city that’s overrun with enemy mechs and soldiers. Their paths will intertwine over the course of the game’s 14 missions allowing for some occasionally fun interplay between the protagonists, but that’s about as interesting as their story gets. Moments of both political and personal intrigue go for knockout blows with almost no set up, leaving them feeling flat and impactless, and the story never really gets back on its feet.

Surviving the numerous open-world sections of the city is the main point of Left Alive, avoiding combat where possible and traversing slowly and silently through the torn up streets littered with abandoned cars and flaming piles of rubbish. As you move from point to point, you’ll scavenge items and components--from empty cans and bottles to stripping parts from destroyed drones--in order to craft traps and projectiles. But even with these tools, progress comes slowly, and arduously, for a variety of different reasons, the chief of which is the game’s stunningly poor combat.

Weapons in general feel woefully inadequate and underpowered. Guns are weak and make a lot of noise (inviting any enemy within a block to bear fire down upon your position) and headshots don’t ever result in a one hit kill. Bullet impacts feel scattered and inconsistent, with perfect reticle aim not ensuring a hit--even on the first shot. Melee weapons aren’t much better, you’re more likely to get knocked down yourself before you can them so it’s always a high risk move, and there’s no stealth bonus for sneaky attacks. Projectile weapons are more stealth-oriented as the AI aren’t able to track where a thrown item came from, but they are equally as ineffective at putting the enemy down for good.

The stilted and jittery combat sucks the air out of every enemy engagement, but you’re consistently forced into it. Koshka’s incessant reminder of “Caution, the enemy is approaching” on a loop when in close proximity to a guard just adds to the annoyance. Checkpoints and save points are scarce, and more often than not the direct route to each is blocked by a number of patrolling guards or worse, a comparably overpowered Wanzer, meaning a lot of backtracking to save points in safer zones in order to avoid replaying tedious sections. Although the game’s map tries to usefully point out high alert zones, it doesn’t feel like there’s any tangible difference between the two; safe zones are just as likely to be teeming with patrolling guards as alert zones are.

Side missions come in the form of other survivors, many of whom only need to be accompanied to the nearest shelter, of which there are a handful strewn about each map. Some will go easily, while others are in distress and need convincing to move via a handful of dialogue choices, though these feel trite--it never felt like it mattered if they were rescued or not. They’re helpless and will quickly go down if fired at, unless you clear their path beforehand they have frustratingly little chance of making it to the shelter safely. But the risk of taking more guards head on just to get survivors out quickly turns into a tiring and unfulfilling routine.

Wanzers are the only part of Left Alive that bucks its mediocrity. When moving through the city, these imposing behemoths will patrol along the wider open sections of the map, sweeping the area from on high. Most of the time they can be avoided by finding a clearer route, but sometimes you’ll need to get unnervingly close, creating a palpable sense of fear as you try to sneak by them undetected. Getting noticed by a Wanzer spells almost certain death, unless you can get your hands on a rocket launcher and a good sniping spot, which will take them down with a few well placed shots to the torso.

Even better is when you get behind the controls of a Wanzer and give the enemy a healthy dose of their own medicine. Weapons, from rocket launchers and huge assault rifles to shoulder mounted railguns, each has a distinct feel to them. For example, the railgun requires your mech to kneel to make a more stable platform and then a second to warm up before firing, but will cause tremendous damage with a direct hit. All weapons overheat at different times if not allowed to breathe out in between shots, but if you time it right you can easily alternate between your main four to unload continuous fire.

Save for Wanzer-related activities, almost no part of Left Alive feels good to play; it’s painfully slow, inconsistent, and looks incredibly dated. Environment textures are muddied and lack detail, animations don’t blend together that well which gives everything a slightly jolting look. Blowing up an enemy vehicle sees it simply disappear into thin air behind a flat, low-res fire texture. When you mix moments like that with the already tiring combat, which is compounded further during some utterly infuriating late-game boss fights, it really hits home how far wide of the mark Left Alive is.

Perhaps the worst part is that you can see there’s something here, ideas that have some real potential but never even come close to being realised. The Wanzer combat is genuinely rad, but that’s it. Everything else comes with a heavy caveat; be it how underpowered you feel, the awkward movement, the inconsistent bullet impacts, the ugly environments… the list goes on. There’s almost no joy to be found in playing Left Alive, only bitter disappointment. 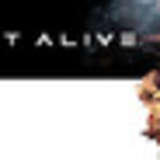 James spent 25 gruelling hours completing the game’s 14 mission campaign and a number of side missions in New Game+ before deciding the enemy could keep the city. He played using code provided by the publisher for review purposes. 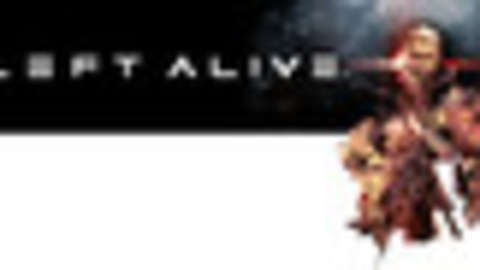