It's an admirable effort to make a Commandos-style game about the Korean War, but Forgotten Conflict suffers from bugs, bad AI, and some frustrating gameplay.

Korea: Forgotten Conflict takes its name from the fact that the Korean War has always been overshadowed by the two larger struggles that bookend it--World War II and Vietnam. This holds true in gaming as well. While there are plenty of World War II-based games and an emerging number of games about the Vietnam War, very few games have been made about the Korean War. Korea: Forgotten Conflict is the rare exception, and it's an attempt to take the gameplay of the World War II-based Commandos games and transplant it to Korea. Czech developer Plastic Reality makes an admirable effort of it with a beautiful 3D graphics engine, but, unfortunately, the end result is hampered by some frustrating gameplay, poor AI, and bugs.

The gameplay in Korea: Forgotten Conflict could have been lifted straight out of any of the Commandos games, as you're given command of a small squad of five commandos, each of whom has distinct skills and personalities inspired from Hollywood war movies. Think of them as The Dirty Half-Dozen, Minus One. From a bird's-eye point of view, you'll control each of them as they infiltrate enemy territory on a wide variety of missions--from kidnapping Soviet advisers to blowing up a dam to rescuing POWs to covertly stealing enemy plans. Success depends on timing and precision, in addition to a great bit of luck.

The game's 12 massive levels are gorgeous and showcase environments that include the gutted streets of Seoul, underground bunkers, a giant river dam, and a prisoner-of-war camp. Each level packs an impressive amount of detail, and there's a wide range of interaction in each environment. One of our favorite moments came when the commandos dug up an enemy minefield and repositioned the mines into the path of the enemy. When you need to get around the map quickly, you can jump into a number of drivable vehicles, including jeeps, trucks, and tanks. Quite often, the Korean member of your team can steal an enemy uniform and drive a truck past a checkpoint while the rest of the squad hides in the back.

In copying the Commandos formula so thoroughly, Korea also inherits many of the same problems. While you're given a certain amount of open-endedness in how to accomplish your mission, there are also plenty of moments when the designers force you to jump through hoops. For instance, it's not enough that you can commandeer any number of enemy trucks on one map. To escape, you have to commandeer a specific truck that's surrounded by guards. There's no good reason for this other than to put yet another obstacle in front of you. Then there's the genre-wide contrivance that each commando has a unique ability that only he can use. So only the engineer can plant explosives, and only the medic can use the tranquilizer needle to knock out officers. It's an annoying gameplay mechanic because these squad members have to be shepherded along just so you can put them in places where they can use their special abilities.

Though it's possible to use stealth in a majority of the missions, it's incredibly easier to use force. Using stealth means spending a lot of time analyzing enemy patrol patterns and then dashing from hiding point to hiding point. The game then essentially becomes a timing puzzle that requires plenty of saving and reloading before you get it right. Using force is a lot easier because the AI is so lackluster. You can pick up and hide bodies, but it's not worth the trouble because the enemy has an incredibly short memory. A guard who encounters one of his buddies lying dead on the ground will only be alarmed for about 10 to 20 seconds before he resumes his patrol. In fact, we had a commando who actually got caught rifling through an officer's quarters and was fired upon. As a result, the commando quickly jumped into a closet. The enemy officer ran into the room, looked around, and then walked away like nothing had ever happened.

The personalities of your squad members consist of some tired cliches. Your squad leader is B.J. Goodlover, a Harlem native who also sounds like he's an extra from a '70s-era blaxploitation movie. Nighthawk, the team's scout, is a Native American who spouts mystical mumbo jumbo like, "The desire for knowledge of my grandmother flowers in me." Aside from the corny dialogue and some awkwardly-phrased narration, the sound effects in the game are quite nice. For instance, during the battle for Seoul, you can hear a fuzzy radio broadcasting a speech by President Truman while gunfire and artillery boom in the background. The game's stability leaves much to be desired, though, as it constantly crashes to the desktop and even shut our system down a few times. The frequency of crashes was nearly unbearable until we turned off shadows and antialiasing. That drastically cut down on the number of crashes, but it didn't eliminate them. Hopefully, the developers will provide a patch to address these problems. 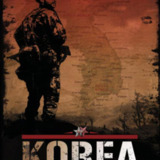