This classic platformer is as fun and good-looking as ever, but it's over before you know it.

Klonoa was originally released for the PlayStation more than a decade ago, but you would be hard-pressed to discern its age at a glance. Even compared to modern releases, the updated visuals look impressive and inviting, crafting a colorful world in which it can be as much fun to marvel at the delightful scenery as it can be to jump across pits. The simple gameplay hasn't received the same overhaul as the visuals, but the tight controls and clever level design give rise to a rewarding adventure that is a pleasure from beginning to end. If only the end didn't come so quickly. Klonoa is over before you realize it, abruptly cueing the ending credits long before you're ready to leave this world. It's short and offers little in the way of challenge, but Klonoa's classic gameplay and enticing visuals make it a satisfying and fun adventure.

Klonoa is one strange-looking protagonist. He resembles a bipedal rabbit with oversized eyes, floppy ears that appear to have hands sprouting from the ends, and a sideways hat with a Pac-Man logo emblazoned on the side. He awakens with a start one night after dreaming of a terrible threat sweeping over his peaceful village. Although darkness enveloping a colorful land is a common theme in games, the tale in Klonoa is more morose than normal. A strong feeling of unease permeates every cutscene, creating a sharp contrast with the cheerful lands that you roam. The voice acting gives weight to the plaintive cries of the distressed citizens, but the plot can be difficult to follow at times. It is long and meandering, destroying much of the impact of the heartfelt revelations. The story ultimately feels out of place, never mixing with the otherwise gleeful experience.

Though Klonoa doesn't have a wide assortment of moves, the action is still fun and engaging. You can jump with pinpoint precision like in any respectable platformer, but the ability to grab on to nearby enemies is a novel mechanic that helps make this adventure feel unique. Once you latch on to your reluctant foes, you can either toss them at other enemies to quickly dispose of them, throw them at faraway switches to open up new paths, or hurl them toward the ground so you can double-jump to higher platforms. These few different moves are presented in a variety of unique ways throughout the game, forcing you to be clever to reach out-of-the-way platforms or dispose of a relentless boss. You can use either the Wii Remote by itself or with the Nunchuk, the Classic Controller, or the GameCube original, and all of them work quite well. Using the Wii Remote lets you toss enemies with a flick of the wrist, though all of the motion controls are optional.

The action in Klonoa is fun and engaging, but the clever level design is what makes this game feel so unique. The levels are a delicate mix of classic 2D platforming combined with twisting 3D paths, and the ability to interact with obstacles not only immediately in front of you but also all around your view creates a thrilling atmosphere that continually keeps you on your toes. Although the effects are often limited to visual trickery--such as when you have to run up a spiraling windmill--there are also branching paths that turn levels into elaborate mazes. For example, in one level, you ride a wooden platform on rails that's circling a mountain. You leap off when you reach tunnel openings and you must navigate intersecting paths to finish the level. It's not always obvious how to reach the roads crossing all around you, and figuring out the way to the level's end is immensely rewarding.

The visuals provide the charming foundation to the clever level design and silly action. The diverse array of different levels looks fantastic. From a lush tree village to a gloomily lit cave and a secluded fortress far above the ground, every level has a distinct feel that helps keep the game feeling fresh throughout the quest. The camera pans and moves around the playing area with ease, giving you a number of different views of the action without ever interfering with your progress. This is an impressive update to a decade-old game, and it looks just as good as other platformers on the Wii.

Unfortunately, all that joy is over far too quickly. You should be able to play through all 15 levels in scarcely more than five hours. Although there are plenty of hidden goodies in each of the levels, it's possible to find the majority of them your first time through, which gives you little reason to tear through the same worlds all over again. When you complete the game, you unlock a mirror mode, but playing through the same levels from a flipped perspective is a novelty that sadly doesn't add any tangible reason to run through these lands once more. The levels are also exceedingly easy. Given that the enemies rarely try to actively kill you, you can pass each world without much hindrance. The time challenges that you unlock upon completing the quest add a motivating threat of failure, but they aren't nearly as interesting as the main quest.

Despite being too short and easy for its own good, Klonoa is still a well-made, exciting platformer. The level design is quite impressive, seamlessly integrating 2D action in a 3D world, and the various views and branching paths create a novel experience. Tossing your hapless foes into other enemies or background switches is a fun mechanic that opens the door for some clever puzzles in the later levels. The visuals bring everything together, breathing life into this world overrun by an unknown evil. Klonoa is over before you know it, but it's darn fun while it lasts. 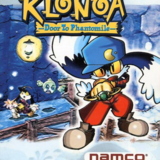 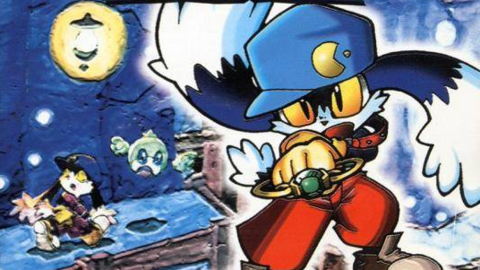