Variety is the spice of life.

With plenty of wonderful games tied to his name, I'll never understand why Kirby isn't paraded around as prominently as Nintendo's other mascots. Kirby: Planet Robobot is the perfect example: it's another great Kirby side-scrolling platformer, and yet it's been largely flown under the radar since it was announced.

Like so many of his past outings, Kirby's latest adventure is about partaking in a lively world filled with charming monsters. Kirby can inhale these creatures to acquire new abilities; you can go from swinging a sword to throwing bombs to riding a wave of poison all in the span of a few screens. Kirby has more than 20 transformations in Planet Robobot, and it's an impressive feat that each one offers a distinct skillset that redefines how you move, attack, and defend.

Kirby's natural ability to flutter into the sky, swallow enemies and take on their powers make him a force to be reckoned with--even more so when he hops into Planet Robobot's mechs. When Kirby suits up, he trades agility for strength, earning the ability to punch through substantial objects and knockout enemies in a single blow. These heavy suits appear in the middle of levels and feel like a direct translation of the Ride Armor suits from Mega Man X games. I say "suits" because like our little pink friend, Kirby's mech can acquire extra abilities from enemies: he can blast enemies with sound waves as a massive boombox, wield two massive swords, or make use of a massive propellor that lifts his mech into the air while slicing through unsuspecting enemies.

With access to so many tools, you can get through most levels without much trouble. However: unlocking the final stage in each of Planet Robobot's six worlds requires you to collect a certain number of code cubes, three of which are hidden in each stage. Though some code cubes are easy to stumble upon, you will have to go out of your way to access--let alone locate--most of the cubes in each stage. This is when Kirby's powers prove uniquely useful, as some cubes are only attainable if you're packing the appropriate abilities.

The hunt for code cubes is made less tedious than it sounds by wild variations in level design that affect how your environment looks and how you navigate its challenges. You spend most of your time running and jumping about, moving not just to the left and to the right, but into and out of the background as well. Kirby also takes on side-scrolling shooting missions, which play similarly to arcade classics like R-Type or Gradius. With Kirby's inherent design that encourages you to play in different ways, these segments aren't a saving grace--they're the icing on the cake.

This sentiment extends to the extra modes in Planet Robobot, which range from short diversions to generous unlocks, such as Meta Knight Returns. This mode in particular is enticing as it allows you to replay the entire game as Meta Knight, Kirby's long-time frenemy. This marks the third chapter in the Meta Knightmare saga, which began on Game Boy Advance with Kirby: Nightmare in Dream Land. Though you are essentially replaying Planet Robobot's levels over again in this mode, Meta Knight plays drastically different than Kirby: he can't take on new powers, and instead relies upon his speed and trusty sword to surpass obstacles and enemies. Where the base game is about finishing levels and collecting code cubes while relishing in a wealth of powers, Meta Knight Returns is a time trial mode. The race against time and the added challenge of more difficult bosses is enough to warrant a second playthrough without fear of succumbing to deja vu.

The other standout extra mode is unlocked from the start: Kirby 3D Rumble. This is a top-down, fully 3D Kirby game where your goal is to destroy every enemy on a map using as few moves as possible, achievable by inhaling multiple enemies at once. Like Captain Toad's levels in Super Mario 3D World, these stages feel like part of something bigger that could very well constitute its own game. I only wish there were more of them here: there are just over a dozen stages total. At least when you're done with them, you can look to Team Kirby Clash, which allows you to team up with AI or nearby friends to tackle bosses in a medieval fantasy-themed setting. Planet Robobot is a game about variety, not only in Kirby's innate copy ability, but also in its wealth of extra modes.

Planet Robobot's meager difficulty may feel like a turn off at times, but it's not a reason to write it off. Once you spend time sampling the large selection of powers in each stage, taking in the detailed visuals, the catchy soundtrack, and exploring the wealth of extra modes on hand, you are so focused on the game's pervasive charm that you're looking forward to the next delightful surprise, rather than praying for a grueling test of skill. Planet Robobot is another great feather in Kirby's cap that shouldn't be overlooked.

View Comments (34)
Back To Top
8
Great
About GameSpot Reviews 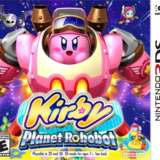 Peter finished Planet Robot's story mode, Kirby 3D Rumble, the boss rush arena in the span of 8 hours. GameSpot was provided with a complimentary copy of the game for the purpose of this review. 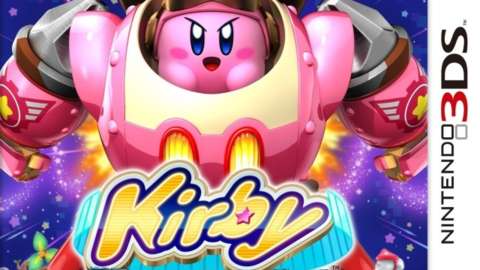