Katana Zero Review - Slow-Motion For Me

The neon-soaked hallways and dirty streets of Katana Zero do a great job of sucking you into its broken world. Gangsters operate unhindered as society is still reeling from a devastating war, one whose loss has littered the streets with homeless war veterans and bars with resentful and drunken citizens looking for a fight. You are that fight--a ruthless sword-wielding assassin with the ability to slow down time--and Katana Zero gives you delicately designed scenarios to slice and dice your way through. Its abrupt ending is an unwelcome surprise, but the riveting action is complemented by an intelligently presented narrative with a variety of captivating themes that is difficult to pull away from.

Katana Zero puts you in the shoes of a nameless assassin haunted by the fractured misdeeds from the past war. This war forms the backbone of Katana Zero's central mystery, which does take time to unravel. What starts out as straightforward assassination missions ordered by a shadowy organization slowly unfurls to encapsulate themes of post-traumatic stress, war crimes, and government killings. This plays out across multiple acts, comprised of small side-scrolling stages containing violent and thoughtful combat throughout.

Genetic experimentation and drug use are central to both Katana Zero's story and gameplay. Thanks to a steady supply of a blue serum, you're able to augment your simple sword slashes with the ability to slow down time. This lets you pull off some incredibly stylish maneuvers and experiment with a malleable dynamic to the otherwise straight-forward combat. Slow-motion rolls can be combined with precise movement to quickly close distances, and your sword is not just for close-quarter slashing--it can be used to perfectly time a bullet deflection back to its sender. When combined with stage-specific items that can be used as long-range projectiles and security systems that can be transformed from a deterrent into an environmental weapon, Katana Zero doesn't struggle to keep its combat exciting.

It helps that each stage is thoughtfully compact given how dangerously fragile you are. A single hit will send you back to the beginning of a stage, with fast respawns making the transition almost instant. This not only avoids the sting of detrimental progress loss, but also gets you back into the engrossing action quickly. There are a few stages that feel excessively long and end up being frustrating, but they're thankfully few and far between.

The variety of enemies keeps each encounter from feeling repetitive, gently introducing more dangerous foes that will force you to change up your comforting strategies. Enemies with shields will push you away before swiftly firing at you on the ground, while knife-wielding gangsters can stagger you and delay your attacks for a brief (but deadly) moment. The ways levels combine these different enemies turns each of them into clever combat puzzles, where your twitchy instincts need to be supplemented by thoughtful planning and careful consideration of who to target first.

Katana Zero doesn't shy away from telling its story through scenes of unsettling torture and vivid violence, yet it successfully contrasts this with delicately quiet character moments and some heartfelt relationships that help ground a protagonist that would otherwise be impossible to empathize with. It works incredibly well thanks to a creative approach to character conversations, which are often just as important as your violent exploits outside of them. Instead of just being given choices for responses, conversations allow you to interrupt characters to alter both the tone and direction of the scene. Characters react intelligently to your manners during an exchange, expressing disgust at your audacity to cut them off or surprise at your unexpected courtesy.

Depending on how you respond, certain small narrative changes can take place too. In one instance I found myself pretending to love anime to convince a hotel receptionist to let me pass, which later helped me avoid the police as she corroborated my alibi. The same conversation played out differently the second time, as my short temper with the same receptionist led her to turn on me when getting questioned about my blood-soaked clothing. Small diversions like this don't have an impact on the trajectory of the main story, and there are a handful of scenarios where you'll be forced into a specific response in order to progress. But Katana Zero mostly handles your branching conversational decisions with grace, eloquently incorporating them into small but inconsequential changes to its excellently written dialogue.

Each character moment lands thanks to the sublime pixel artwork. There's an immense amount of detail packed into each sprite, bringing the colorful yet distressing world around you to life with its sheer variety. Character sprites are the most impressive, featuring delicate animation that lends a lot of emotion to each conversation and story beat. These extend to the thoughtful effects applied to simple dialogue bubbles, which use a combination of flashing colors, moving parts, and aggressive screen shake to allow important interactions to hit hard. Katana Zero doesn't just use its retro-inspired style to pull on nostalgic strings. It elevates the style entirely with a sense of depth and detail that is difficult not to appreciate.

Katana Zero doesn't shy away from telling its story through scenes of unsettling torture and vivid violence, yet it successfully contrasts this with delicately quiet character moments and some heartfelt relationships.

The real pity is that despite its slick presentation and enthralling dialogue, Katana Zero's story just doesn't wrap up in a satisfying way. It starts introducing its central themes about halfway through and only increases in momentum from there, seemingly building to an enticing climax. But it swerves unexpectedly at the end to reveal that this entry is only the first chapter in a larger tale. After four or so hours you're left with a number of unhandled narrative threads and an unsatisfying conclusion, which dampens the exciting momentum that was building up. It's a deflating and abrupt end to the proceedings, with no promise of more to come in the future.

The uncertain future of the story that Katana Zero so brilliantly sets up is concerning, but that shouldn't deter you from diving into this compelling introductory chapter. Its combat provides an exciting challenge that tests both strategy and reflex, while also giving you clever abilities to make it as stylish as possible. The narrative contextualization of both your abilities and role within Katana Zero's world is expertly written, with a clever dialogue system letting you inject personality into character interactions. Katana Zero is bloody and brutal, but it's also a heartfelt tale that you shouldn't overlook lightly.

View Comments (9)
Back To Top
8
Great
About GameSpot Reviews 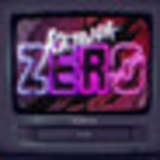 Alessandro hacked and slashed his way through two whole playthroughs of Katana Zero to experiment with different dialogue choices, taking around 10 hours. Every single deflected bullet was just as satisfying to pull off as the last. Code was provided by the developer for the purposes of this review. 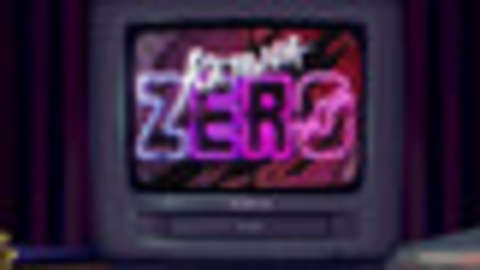