The Jak and Daxter series is a household name among platforming fans, getting much love for its madcap adventures imbued with a good dose of action and puzzle-solving. The latest addition to the series is no different: it's a good-looking, challenging, and action-packed game that doesn't lack variety. While Jak and Daxter: The Lost Frontier plays a lot like its predecessors, there are enough enhancements--such as the air combat elements--to keep things fresh. The only things to watch out for are the sometimes-off-camera enemies and the not-so-smooth storyline--faults easily overshadowed by the solid and engaging gameplay.

The story follows on from the last few games in the series. This time around, Jak, Daxter, and Kiera set off on a quest to fix the eco shortage, which is threatening the survival of the world. The opening cutscenes, while graphically impressive, reveal little about the characters or the story. This isn't a good way to start the game because you feel as if you're lagging behind even though you've only just begun. But the action quickly picks up, and the story more or less falls into place soon after, although it's patchy and somewhat confusing at times.

Once you get into it, you spend a good chunk of gameplay jumping around and trying to navigate tricky environments. These sequences start out easy and throughout the course of the game become quite difficult--there are a few obstacle-course levels where Jak must navigate an underground passageway, dealing with rapidly moving seesaw-like platforms, narrow bridges, a time limit, and hordes of enemies. During these levels, double jumps quickly become your best friend. There's also a good deal of puzzle solving, which is nicely integrated into the gameplay and increases in difficulty as the game progresses. Although challenging (and a little time-consuming), these elements are a lot of fun and provide a nice change of pace from the combat. There's also enough silly, self-referential banter between Jak and Daxter to keep you going through the tough times--at one point, Daxter reminds Jak that they are "quite good at platforming and heavy gunplay."

Combat consists largely of Jak facing numerous waves of enemies and the occasional boss. His primary weapon is the gunstaff, which has a long stick for a base and a variety of guns that can be stuck on top, like a long-range blaster, a laser, and a machine-gun. Jak can also do fairly simple melee attacks if you run out of ammo, although these manuevers (spin kicks and a dive attack) are rarely effective. The trouble with combat is the game's semi-fixed camera, which is sometimes unsuccessful at keeping track of what's going on. This isn't a problem in other parts of the game, but during arena combat situations it becomes a real nuisance. You have to constantly reposition the camera by tapping the shoulder buttons if you want to stay one step ahead of your enemies. In some instances the camera pushes right up into Jak, making it impossible to see what's happening around him. Although this doesn't happen too often, it mars the experience of a satisfying battle because you end up firing blindly while trying to reposition the camera. This gets even worse when you factor in the temperamental lock-on functionality for Jak's weapons, which seems to work only if you're standing far enough back from the action; when you're up close and personal, the camera fails to lock on to anything at all, so you're left to your own devices.

Veterans of Jack and Daxter will be all too familiar with eco, the mystical substance that permeates the heroes' world and provides energy to its life forces. Eco plays a big part in Jak's abilities in the form of eco powers that he picks up along the way. Red eco produces a giant red ball of energy that can take out a large number of enemies at a time; yellow eco gives Jak a jetpack and allows him to jump higher; blue eco temporarily slows down time; green eco lets Jak build temporary structures to help him cross difficult terrain; and a few more are uncovered along the way. The best thing about the eco powers is that they let you get creative with both combat and puzzle solving. Some enemies are easier dealt with using a particular gun or power, while others take a combination of the two to destroy. Similarly, during the platform and puzzle-solving areas, you can use a combination of Jak's eco powers to get through a challenge. Playing with these powers is a lot of fun, and once you've got a few of them at your disposal you can discover new and wonderful combos to defeat enemies quickly and stylishly.

While half of the game is spent solving platforming puzzles and engaging in ground combat, the other half is spent in free-roaming air combat, which makes for a balanced and interesting mix of gameplay. You start out controlling Jak's ship, but he will eventually get his hands on four others, which you have the option of flying during the many side missions. These levels involve roaming the skies, dogfighting, and occasionally taking on a big gunship by destroying its propellers and then its turrets. The flight controls are smooth, and you have plenty of opportunities to practice before you begin taking on enemy fighters. Thankfully, while you're in the air you're privy to an automatic lock-on functionality, which makes it much easier to take down enemy planes. While these levels of the game could have quickly degenerated into repetitiveness, thing are kept interesting with "Daxter-jacking"--at some point in the game, Daxter learns he can sabotage enemy planes by launching himself on them during combat and taking stuff apart. You perform this maneuver through a series of quick-time events which see Daxter grappling and then sabotaging.

Also keeping things interesting are options to customize both your plane and your abilities. If you collect scrap metal during your missions, you can trade it in for new missiles, guns, and armor and then play around with where these fit on your plane. The same goes for Jak's abilities: Kiera is training to become a sage and she has created a system for enhancing and modifying Jak's powers. You collect dark eco from defeated enemies, and at certain stages throughout the game you can upgrade your current abilities, health, and weapons by trading in your dark eco points. For example, you can use all your points to increase your health meter, or you can distribute them evenly and learn new melee attacks or increase the damage done by your current attacks, which makes melee more effective.

In addition to puzzle-solving, platforming, fighting, and flying, you get the chance to play a few levels as Dark Daxter, which happens when Daxter occasionally falls into pools of dark eco. Unfortunately, while there's plenty of gameplay variety in The Lost Frontier, the Dark Daxter levels don't fare as well as the other elements. Daxter mutates into a nastier, Hulk-like version of himself, with a deep voice to boot, and wanders around an underground corridor full of mutant creatures and pools of electricity. There's a small puzzle-solving element to these levels, but mostly they involve wandering around and smashing stuff. Dark Daxter doesn't have many skills: he can only shoot balls of energy, throw enemies, and whip himself into an eco tornado to break down obstacles (his signature move). This quickly becomes repetitive, particularly because all these levels look exactly the same and dish out the same puzzles and enemies. It's an unnecessary addition to the game; it adds nothing to the story or gameplay, and it feels tacked on.

Despite the disappointing Dark Daxter levels and the sometimes-troublesome camera, The Lost Frontier lives up to the Jak and Daxter name with some solid and varied gameplay, challenging platforming, and a great mix of ground and aerial combat. These combined elements help to breathe new life into the series while not straying too far from the familiar wacky adventures of this butt-kicking duo. 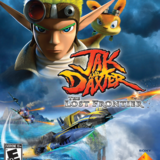 Jak and Daxter: The Lost Frontier
Follow
$29.95 on Walmart
Buy 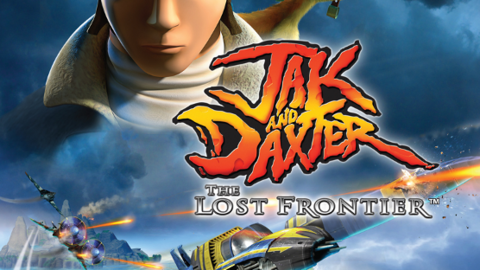 Jak and Daxter: The Lost Frontier

The Lost Frontier picks up where the original Jak and Daxter trilogy left off.

7.6
Sign In to rate Jak and Daxter: The Lost Frontier