Inversion is a trite, third-rate shooter whose one saving grace is that it's so bad it's funny.

There's something strangely familiar about Inversion and its topsy-turvy, postapocalyptic world. It's not so much that it takes inspiration from the greats of the shooter world as that it rips them off entirely. Trying to find an original idea in this cover-based shooter is as hard as trying to find depth in its ludicrously over-the-top tale of planetary invasion, or in its painfully generic multiplayer offerings--there simply isn't any. For all the bombastic set pieces and gravity-based blood and guts it throws at you, you're left with nothing but a feeling of deja vu: you've jumped from these exploding buildings, splattered these heads with a sniper rifle, and guided this meatheaded protagonist to victory many a time before.

And yet, there's a certain sick pleasure to be had from revelling in Inversion's inherent B-movie qualities. Take the story--a mindless sci-fi romp so full of plot holes and action cliches it's laughable. It stars one Davis Russel and his partner, Leo Delgado--a pair of hotheaded city cops. They might not do things "by the book," but dammit they get the job done. Davis has a family, and it just so happens to be his daughter's birthday, and you can see where this is going a mile off. Cue an attack from a mysterious race known as the Lutadore--who suddenly gain that name halfway through the game without any explanation--the arrival of gravity-powered weapons that turn the city into rubble, and the nonchalant slaughtering of masses of Lutadore to find Davis' now-missing daughter.

Attempts to forge emotional attachments to the characters are hysterically bad. There are scenes where Davis pines for his daughter, holding back his tears, only to have his partner tell him to man up and get back to killing everything in sight--who needs therapy when you've got a whole planet full of bad guys to splatter? Wooden voice acting doesn't help matters much, and the whole thing just becomes incredibly unbelievable. The Lutadore are brainless morons, but somehow have the ability to manipulate sophisticated gravity technology. And boy are they mad, ripping up cities, killing civilians and kidnapping children. It's not clear why, though. Maybe they didn't get that shiny red bike they wanted for Christmas.

Fortunately, you can skip through the many long cutscenes and jump straight into the action. It's standard third-person, cover-based fare, as made famous by the Gears of War series--in fact, it's very similar to the Gears of War series. The handsome visuals render the crumbled skyscrapers of the city and the lava-filled world of the Lutadore with plenty of detail, providing lots of conveniently placed concrete blocks for you to duck behind, and rocky outcrops and ramshackle houses to use too. It basically goes like this: shoot, take cover, cry about daughter. Shoot, take cover, kill hundreds with a mounted machine gun. Shoot, take cover, make smart-ass comments about dead people. Shoot, take cover, cry about daughter again. Repeat ad infinitum.

Some action-packed set pieces, such as escaping from a collapsing building or fighting upside down on the glass ceiling of a skyscraper, break up the action. As too does the gravity-based weaponry, which lets you pick up objects like cars and exploding barrels and fling them at enemies for some gratuitous splattering. It's sluggish, though, meaning it's often much easier and quicker to attack enemies with your standard weapons. Plus, while there's certainly scope for gravity-based puzzles, your powers are used only in the most basic of ways to remove debris blocking your path. Fortunately, boss battles make better use of your gravity powers, with some requiring you to levitate blobs of lava and fling them at a giant robot, while others have you using heavy gravity to pull down crates to use as cover.

Not that you have much of a path to choose from. Your journey is one long jaunt down a set path full of mindless shooting and the occasional gravity-free area where you lurch from one platform to another in open space, firing off the odd shot at an aimlessly floating enemy. The enemies aren’t particularly intelligent, often leaping around without a care in the world, leaving you free to easily pump them full of bullets. They fare better on the ground, but even there they occasionally wander straight into your line of fire, and they certainly don't bother to flank you or use space wisely. Later stages of the game introduce zombie-like creatures that serve no purpose other than to be easy pickings for your disappointingly weak-feeling assault rifle or shotgun. The creatures do at least make for a good scream-filled BBQ when you get your hands on the flamethrower.

There are other weapons too. A pulse rifle, pulse shotgun, and rocket launcher all get an outing towards the end of the game, but like the standard assault rifle, they lack impact and make it hardly worth the effort to use them. The weedy weapons do little to inject excitement into the multiplayer, which already suffers from unimaginative modes and level design. Standard Deathmatch, Team Deathmatch, and Capture the Flag modes are an exercise in tedium, while King of Gravity--where only one player has gravity powers until another kills him to steal it--is incredibly unbalanced. If you don't have the power, then expect to spend most of the match floating aimlessly in the air while the king picks you off with little effort.

There is a further multiplayer option in the form of a co-op mode for the campaign, but outside of a few instances where you have to give your partner a leg up, there's little to differentiate it from the single-player, with no new bits of dialogue and narrative, or any new areas to explore--you might as well be playing the game on your own. Unless, of course, you've got a friend in tow that shares a similar love of cheesy one-liners and B-movie narratives, in which case the wooden dialogue, wacky story, and gut-busting gore are perfect for poking fun at. Oh, and the twist in the tale. It would be a waste to spoil it here, but suffice it to say that it ranks as one of the most incredibly ridiculous plot twists ever conceived, and while it's certainly unexpected, it most definitely does not make sense.

Inversion isn't clever in the slightest. It's about as trite as a shooter can get, and its attempts to jazz things up with gravity-based antics come across as a jumbled mess, rather than as the clever invention it so badly wants them to be. Inversion is a third-rate knockoff full of cheap thrills, subpar acting, and a hefty dose of cheese--fun for a B-movie-style evening of masochistic punishment, but like most guilty pleasures, it's probably best to keep this one to yourself. 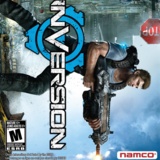 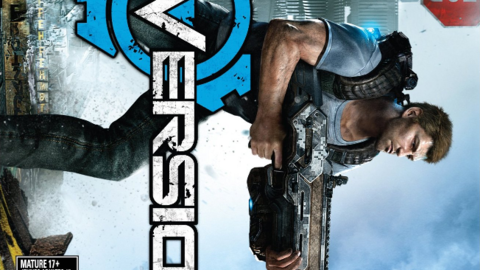