If it moves, shoot it.

A squad of gun-toting space marines? A distant world that needs conquering? A teeming mass of deadly alien wildlife that's hell-bent on eating the faces of anyone who meddles in their business? At a glance, Infested Planet appears too concerned about checking off boxes in the dusty old sci-fi cliches playbook for its own good, but well-balanced and absorbing gameplay overshadow those expected elements. On paper, the overplayed "let's stomp some alien bugs with our big machine guns" routine fails to excite. Beneath its generic exoskeleton, however, the challenging mix of real-time strategy base management and tower-defense strategy found in this slick-looking game packs serious heat.

Not too keen on being wiped off the face of their own planet, the aggressive aliens your burly squad of soldiers must eradicate prove to be worthy and adaptable adversaries. Your orders are to blast your way through massive swarms of these foes, destroying their hives, and building your own bases in their footprints until you've cleared the region. Don't be fooled. Conquering a map is rarely as simple or straightforward as that, which is what makes the ebb and flow of Infested Planet's battles so intriguing.

Some moments have you juggling resources and laying out defenses to protect your established territory from counterattacks. Others have you taking your crew and pushing forward right into the action--a dangerous gamble that can pay off with critical resources if you manage to capture new ground. A simple misstep, however, can annihilate your squad, wasting precious seconds as your troops respawn at the nearest base. Overwhelming enemy numbers make you constantly shift your focus to ensure you don't lose ground, but getting overrun by a surprise enemy surge can prove thrilling too.

The constant shift of power on the battlefield fuels the excitement and unpredictability that make each match intensely engrossing. At peak moments where the chaos hits a dizzying crescendo, Infested Planet dips into arcade-style shooter territory with a level of heightened intensity that forces you to react quickly or die. Your foes' well-defended bases spew out endless streams of creepy-crawly drone creatures that lurch toward your outposts en masse like swarms of carnivorous ants. These gruesome parades often come from multiple directions at once, inciting bouts of panic when you zoom out to scan the map and notice throngs advancing on your position.

Raw firepower alone won't do the trick, at least not early on. Smart limitation of your available resources nudges you toward strategic-minded expansion and more-thoughtful deployment of your forces. Each encounter starts you off with a small squad of five marines and a minimal base infrastructure to work with. It's enough to take down the first few waves of aliens that come poking around to see what you're up to, but forget about winning the battle with just your starting posse. At the same time, bolstering your troops is also impossible without the necessary build points that you gain from razing enemy hives and capturing containers littered around the map. And you need every resource you can get--and then some--to push through the harder stages.

Enemy AI is aggressive enough to pose a real threat if you don't pay close attention to how the flow of battle is changing from moment to moment. In addition to having tougher and more-varied enemy unit types, later levels introduce special twists, such as mutation bursts that rapidly multiply the number of enemy foes being spawned, or plunk down regenerating landmines on the battlefield. Attacking a hive also tends to trigger an immediate counterattack that can crush a weakened squad, so weighing your approach and the potential enemy response is important. The campaign mode treats each mission as part of a bigger war. It's brutally tough at moments but always fair. Even if you fail a level, you get to keep the cash you've accumulated, and the option to replay a stage is always on the table. This gives you the power to gradually unlock new ways to enhance your force.

The challenging mix of real-time strategy base management and tower-defense strategy found in this slick-looking indie shooter packs serious heat.

Whether you're buying new soldiers and upgrading their fighting capabilities or laying down turrets and calling in helicopter air strikes, every decision you make helps shape your chances of success on the battlefield. Promoting existing units to snipers, shotgunners, flamethrower units, leaders, and more isn't cheap, but it can have a big impact on their effectiveness in combat. Likewise, researching new technologies gives you a boost with a few handy support structures and other perks. Tight resources keep things balanced, spurring some tough choices as you push onward. Don't expect to be blown away by options, however. There's a decent number of toys to eventually gain access to as you earn cash from beating levels, but the upgrades menu has a more limited selection than most strategy games. It's also not the most intuitive system to work through in the heat of battle even with its pared-down leanings.

Infested Planet's streamlined approach ultimately spins out into a welcome shift away from the dizzying complexities that can bog down RTS games. The arcade-style flow of matches is grabby and pours the action on thick without sacrificing strategy, and the unique, colorful art style and excellent gameplay help set Infested Planet apart from its larger-scale brethren. Stomping aliens is far more fresh and thrilling than you'd expect. 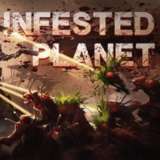 A longtime RTS enthusiast, Nathan has been bored with many of the ho-hum offerings in the genre of late. Infested Planet proved to him once again that cool innovations can come in small packages. 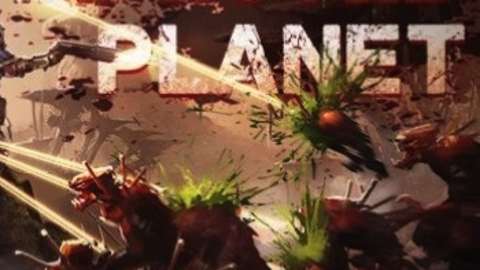