Ice Age may be kid-friendly, funny, and faithful to the movie, but it's also repetitive and over too quickly.

Ice Age: Dawn of the Dinosaurs is an action-adventure game based on the third movie in the franchise. It's a humorous, kid-friendly romp through the pre-historic period, featuring plenty of colourful characters in a wide range of game styles including action, platforming, shooting and racing. Its simple gameplay is unlikely to hold the attentions of experienced players, but young folks and fans of the movie should be quite satisfied.

The game's plot is loosely based on that of the movie and features the same cast that fans will be familiar with. When Sid decides to adopt a litter of baby tyrannosaurs, the broody sloth is subsequently taken by the babies' mother, and it's up to you to rescue him with the assistance of the herd and Buck the weasel. Unfortunately, the characters' motivations are a bit incoherent at times, which leads to plot confusion. For example, the game never properly explains explain why Sid decides to adopt the dinos, or why Buck is seeking revenge on a dinosaur.

Ice Age has a lot of variety in its gameplay, and each of the six playable characters offers a different experience. Buck is the main character, and both he and Sid take part in Ice Age's more action-packed sequences; their on-foot levels typically mix combat, puzzle-solving, and exploration. The combat is simple button mashing at its core, but Buck's basic combo system and fruit-based projectile weapons make the fighting amusing, though monotonous hordes of similar enemy dinosaurs eventually put a chill on the fun. It's sometimes easy to lose your way in these on-foot levels, and while gusts of wind will give you clues as to which direction to head in, the lack of a map means you sometimes need to backtrack to find your way.

As you progress through the story you get to experience a number of different gameplay styles. Each level puts you in control of one character, and you take advantage of their strengths to complete the section. For instance, Diego the sabre-toothed tiger chases down a gazelle in a racing level, and Manny the mammoth uses his tusks to clear tree trunks in another. Despite having playable roles, their sequences are brief, and it feels like they've been included merely to add a couple more characters to the roster. Following the style of the movies, Scrat, a sabre-toothed squirrel, has a separate storyline that focuses on his pursuit of an acorn that's always out of reach. You also get to play as his new love interest Scratte, a flying squirrel, and their endless quest for nuts incorporates some fun 2D side-scrolling platform levels.

Along with the action sequences, the platforming sections are the highlights of Ice Age 3, and jumping from platform to platform while dispatching pesky enemies is suitably challenging. It's a shame that the rest of the game feels so shallow because these levels give you a glimpse of how much fun it could've been. In the shooter levels you control a pterodactyl, which Buck has lassoed as a mount to navigate over sweeping landscapes. These areas require little skill to complete, making them more of a button-mashing chore than an enjoyable challenge to play. Because there's only one very easy difficulty setting, it shouldn't take more than a few hours for experienced players to reach the end credits. Ice Age lacks any substantial extras, although there are movies, music, and voice-over clips that can be unlocked by collecting crystals throughout the game.

Ice Age also includes eight offline competitive multiplayer games for up to four players. They're split into sloth- and dinosaur-based levels, and their quality is inconsistent. The most enjoyable game, sloth barge, involves balancing atop a snowball while knocking other players out of the icy arena. In other, less-memorable sloth games, you have to throw mud at your opponents, match Sid's cheerleading actions with the D pad, or outrace your opponents to the finish line. The rest of the games feature baby dinosaurs and are mostly forgettable, but one noteworthy exception is a lava-filled slalom course where you pass through gates while bumping your opponents away from theirs. Each multiplayer game has several options, such as adding hurdles or speed boosts to a running race, which increases the replay value somewhat. Ultimately, though, the multiplayer mode is similar to the story mode in trying to offer a multitude of different games and not doing any of them well. It's fun in short bursts, but it doesn't offer anything you'll return to again and again.

The textures used on both the characters and environments aren't very detailed, which makes the world of Ice Age look a little dated. Despite this, some of the effects such as ice and water look good, while characters are convincingly animated in a manner true to the movies. The great facial expressions on the characters and the superb voice acting from the film's original cast also go a long way toward making the game feel like an interactive movie.

Ice Age: Dawn of the Dinosaurs provides a good deal of variety and the occasional funny moment. However, it doesn't offer any real challenge, and the experience is short lived. While the action and platforming sections are fun to play, the racing and shooter levels are too simplistic and require only a modicum of skill and some button mashing to complete. The multiplayer modes, meanwhile, vary wildly in terms of quality. Ice Age is a game that younger players and fans of the movie will enjoy, but it's a game that attempts to cover a lot of bases without doing anything particularly well. 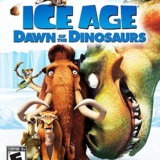 Ice Age: Dawn Of The Dinosaurs
Follow
$19.99 on Walmart
Buy 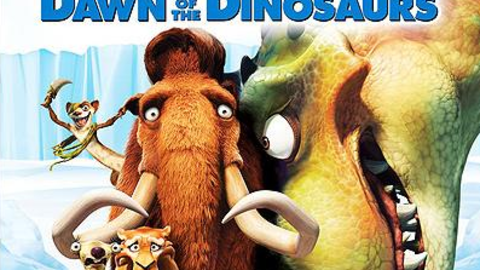 Ice Age: Dawn Of The Dinosaurs

Play as six Ice Age characters as they embark on a rescue mission across melting snow to the mysterious Dinosaur World.

7
Sign In to rate Ice Age: Dawn Of The Dinosaurs