Hyrule Warriors is a beautiful, chaotic mess of a game. It's got all the glossy rupees, imaginative monsters, and fashionable characters you'd expect from the Zelda series (and plenty you wouldn't), topped off with some nods to the medieval hack-and-slash Dynasty Warriors series. In place of puzzles and elaborate levels or side-quests, you're here to do one thing--mess up some monsters.

This shouldn't be new to most folks, as the original run of Hyrule Warriors launched back in 2014, but the port to Nintendo Switch brings all the extra characters and items from the DLC, plus some added costumes and all the content from the 3DS version. That's a ton of content to bring to the table, but the game's central theme is the same as ever. That makes the Switch version a tough sell for all but the most dedicated fans of the original or those who have never set foot into the wacky world of this strange mash-up. Given the Wii U's relatively meager sales, though, this is a great second chance for the strongest Zelda spin-off ever.

For the unfamiliar, Dynasty Warriors is a tactical action game that tasks you with managing an army and controlling specific keeps or tracts of land. All the while, you are able to insert yourself directly into the fray as an uber-powered demi-god. That allows you to shift the tide of battle, essentially acting as the queen in chess. Powerful though you may be, you've also got to keep constant track of the field, and where you're needed most. That tension--between the battle right in front of you, and the tactical considerations of the field--represent the core tension of the series.

Hyrule Warriors doesn't compromise on that at all, and even mixes in plenty of mid-game quests and objectives to keep you juggling your goals and constantly weighing your best options. It's a lot to have going on at once, but it genuinely works. Choices are always billed as risks--should you go home and shore up the defenses of your base, or press-on for a valuable collectible? Understanding where you're needed most and how the various elements of a map all play together is important, but it's not so taxing that you can't fudge your way through a good chunk of it.

And that's part of the appeal. As Link or Darunia or Zelda or Impa, you've got the entire Hyrule cast at your back. Zelda isn't some rando, she's a monster-busting fiend. Even when you've got more important decisions to make, watching Zelda summon spears and swords from raw light and dispatching wave after wave of moblins is the kind of cathartic release many have been waiting decades for. This is fan-service at its most pure and most satisfying. Seeing the characters you've grown up with or idolized in new contexts that allow them to unleash their full might, is a bit like taking your favorite characters into Smash Bros. or Marvel vs Capcom. There's an essence of childlike fascination that comes along with it, and Hyrule Warriors wields that well.

Fans of Zelda lore and the like need not turn their noses up at this adventure, either. Provided you can buy into the initial premise and get some mileage there, the adventure is truly a fascinating one. You'll cross dimensions and timelines, bouncing between locales from many of the more recent Zelda entries, including Wind Waker, Breath of the Wild and Skyward Sword. All of this fits tonally too. With more than a dozen characters from all over the timeline and Zelda own history of world-swapping, time-warping weirdness, muddling the lines between worlds a bit to get everyone into the same game feels natural.

If anything, as we stated in our original review, the one major issue this brings up is the longing for flashier attacks and better combos in the mainline Zelda series. And when a spin-off makes you want more from the original, that's certainly a special sort of accomplishment.

New to the Switch version is split screen multiplayer. The original allowed one player to use the Wii U Gamepad, and another to play on the TV. This mode honestly, while nice, isn't much of an improvement. The Switch can still chug a bit when the action gets heavy, and trying pack two players, and the mayhem they cause onto a single screen feels a little tight. Still, it's always nice to have the option.

Those returning to the fray will likely be a little disappointed as there just isn't enough new content to rouse fresh excitement. For newcomers, though, Hyrule warriors is a delightful, bizarre outing that opens up the Zelda series, taking us places we've been before, just with thousands of monsters and awesome, screen-clearing magical attacks.

Dan Starkey put about 16 hours into this raucous affair. Spending about two hours in multiplayer, and the rest pressing through the single player maps. He received a copy the game from the publisher prior to release. 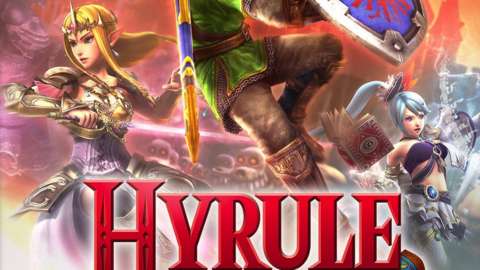