Hellgate: London has plenty of neat ideas, but many of them aren't executed as well as you'd like.

Hellgate: London is a likeable action role-playing game that answers the question "What would happen if you took all the loot lust from Diablo and fit it into a first-person shooter?" OK, maybe you weren't asking that question, but Hellgate is an interesting game. It will probably come into its own after a few more patches, but right now, it has almost as many issues as strengths.

The game takes place in London, naturally, and it's the near future. A large gate to hell--some might call it a "Hellgate" of some kind--has opened and demons have been spewing forth from it. The storyline has you, as a character in one of six classes, falling into an adventure that puts you on a path to seek out various oracles, kill a whole lot of demons, and eventually penetrate the Hellgate itself. But the storyline is rather limp. It's best conveyed by prerendered cutscenes that play out between each of the game's acts, but there are hours of often poorly written quest dialogue text and flat character exclamations between those cutscenes. The game can't seem to make up its mind as to whether or not it wants to be serious or funny, and the characters that have been placed in the game for comic relief don't work very well, with the possible exception of a guy who, through your actions, ends up having a small demon hump his face for the rest of the game. The game also has a handful of technical issues, including frame rates that randomly take a dive and hard lockups that, depending on when they occur, might make you play through a significant chunk of the game again.

This storyline plays out the same way whether you play offline or online, which essentially means that the offline mode is useless. The main point of this game is collecting loot and upgrading your character. Considering that you'll find a ton of loot that your character class can't use and that the most important part of tricking out your character is the ability to show it off to other people, there's no good reason to play offline.

The gameplay in Hellgate has you spending time in safe locations, usually train stations, where you'll take on quests, buy or sell items, and, if you're online, interact with other players. But there are a lot of different zones tying these stations together, and they're all filled with a variety of enemies for you to shoot or stab. How you attack depends on which character class you play. There are two melee classes, and these actually play out from a third-person, behind-the-back perspective, so you can see your sword and what you're cutting. The ranged classes, whether you're shooting guns or spells, work best from the first-person perspective (though you can pull out to third, if you want). Either way, playing the ranged class turns the game into a first-person shooter...but not a particularly great one because it's more RPG than action. You get the impression that when you aim your weapon at something and start firing, all you're doing is triggering some hidden series of dice rolls that determine how hard you hit. The weapons lack impact and you end up feeling really detached from the combat.

Of course, there's more to it than your basic attacks because each character class has a set of skills you can use. Marksmen can paint targets to make them take more damage, engineers can call out bots that do most of the heavy lifting in battle, evokers can cast various spells at enemies, and so on. As you gain levels, you earn more points to put into skills, but you need to be careful with how you spec out your character because there's currently no way to undo your choices. It's very possible to misspend your points and end up with a weaker-than-average character. Some similar games let you trade a chunk of in-game currency for the ability to reset your skills.

Much of Hellgate ends up feeling quite repetitive because you'll see most of the game's best tricks in the first few hours. The enemy designs look great, covering a wide range of imps, crawling demons, surprise-spawning beasts, and floating, ghostly images. But the game also reuses those same enemy designs repeatedly, using the old "let's change their name and their color" trick. The level designs look really nice at first as you explore train tunnels, torn-apart city streets, and hell itself. But the game's random level design just sort of cobbles together prefabricated pieces in slightly different ways as you play, and before too long, all of the combat zones just start to feel identical. At least they'll look quite good from a technical perspective, especially if you have a DirectX 10 setup, which allows you to turn on some really great-looking motion blur and depth of field effects.

Playing by yourself is relatively easy and fun, but even if you're playing online, you don't have to interact with other players at all. Online, though, you can party up with other players and go into combat together. This makes the game more interesting because the various class skills can work well together and the game gets tougher as you add more people to the mix. If you aren't good at socializing, you can check an "auto party" box, which attempts to automatically hook you up with other people when you enter a combat zone. Chatting in Hellgate can be tough because the interface isn't too great and there aren't too many natural breaks from combat while you're out fighting. The game also has a voice-chat option.

So what makes Hellgate worth playing? That's the craziest part. Hellgate: London is saddled with a variety of issues, yet it still manages to be totally addictive and compelling because it expertly handles one of gaming's oldest clichés: new stuff. New items and money are constantly popping out of enemies when you mow them down. Each item--even the ones that aren't suitable for your character class--is also useful in some way. You can, obviously, sell items back to any merchant in the game, but you can also break items down into base components that are the backbone of the game's crafting system. With a blueprint, some runic fragments, and a whole mess of rare tech boards, you can make new items. But you can also use those same items to upgrade your existing gear. When you find the exact type of rifle or a pair of pants with bonus stats that really help out your character, you can use these components to make sure the items remain useful as you (and your enemies) get tougher. This means you never really have to outgrow your gear, though you'll also find plenty of new, useful gear as you play.

Furthering the customization and upgrade aspect of the game, some weapons also have slots for weapon mods, such as different types of ammo, batteries, or fuel. These add properties to your weapons and can raise your accuracy, raise your attack power, add fire damage to your weapon, or make weapons cut through enemy shields. You can add mods for nothing, but you'll have to spend some of your in-game currency to remove them. You can also put any equippable item into a machine found in most stations and pay money to add effects to them. The catch is that you don't get to choose the effect; you just get to choose whether it's a common, rare, or legendary effect. So it's a risky gamble that can make your weapons insanely powerful, but it might end up giving you an effect that's only relevant to another class.

You also have to watch your character stats. Each time you level up, you're given five points to drop into accuracy, strength, stamina, and willpower. Most items have stat requirements, and those requirements stack. So if your pants require you to have five willpower points and your shoulders require three more, you'll need at least eight points in that stat to wear both. It's possible to upgrade a weapon to the point that you can't actually use it anymore, but the game doesn't warn you about this, which is supremely frustrating.

While you can certainly play the game online for free and experience most of what Hellgate has to offer, you can also subscribe for $10 a month. Right now, the main benefits for subscribers are access to a harder difficulty setting, more character slots, and more room to store gear. You also get to partake in various themed events. There have been two such events as of this writing, one based on Halloween and one based around Guy Fawkes Day. These events add a few quests, but their primary function so far seems to be adding a bunch of annoying little drops to the game, such as apples, potatoes, or blueprints, for pets and stuff. Considering you have limited inventory space, it all just gets a little overwhelming.

If you love hoarding stuff and don't mind repetition, Hellgate: London is a really neat but often uneven game that will probably keep you busy for at least a month or two, even if you don't subscribe. But, for many, the game's issues will be a real deal breaker. If you're on the fence, you might want to watch the game's patch notes to see how many technical glitches, as well as other annoyances, are cleared up. 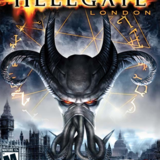 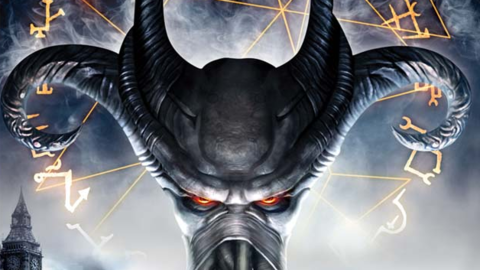