Halo 2 for Vista is a solid game that probably won't appeal to anyone who's played any recent high-profile PC shooters.

Halo 2 was released on the Xbox back in 2004, and as you're probably aware of by now, it was a huge success. The first-person shooter added online multiplayer to the proceedings, and despite a universally reviled cliff-hanger ending, it was really something special on the Xbox. Three years later, it's now available as one of the first Vista-only PC games. It's still easy to see why this game was so loved on consoles in its day, but when you put it in direct comparison with recent PC shooters, it loses a ton of its appeal, making it best suited for Halo fans who want a good way to play or make custom maps.

The single-player campaign in Halo 2 isn't particularly lengthy, and it should take the average player 10 hours or less to crawl through on its default difficulty setting. The story starts you out as the Master Chief, the intrepid space marine that blew apart the Halo ring, a devastating galaxy-destroying weapon, in the first game, much to the dismay of the Covenant, a group of alien races who regard the ring as a religious artifact that will send them on "the great journey." The plot of the second game deals with the Covenant attempting to go on this great journey using another Halo ring, called Delta Halo. But there's plenty of political upheaval going on in the Covenant ranks, making it tricky all around. Add in a Covenant invasion of Earth, and you've got all the pieces required to throw these factions together again for another round of fighting--though since some of the Covenant races will be fighting each other, too, it's often easier to just run past all of the action. Even though the hour count for completing the campaign is already low, at times the game feels like it's dragging on, repeating the same corridors and same enemies a little too frequently. Toss in a couple of extremely underwhelming boss fights, and you've got a pretty solid campaign, with some good vehicle sequences to break up the first-person action, but it's also one that feels like it could have been a lot better.

The multiplayer side of Halo 2 is the part that still gets attention to this day, and it translates to the PC fairly directly. The game has support for 16 players. Halo's multiplayer moves relatively slow when compared to other popular shooters, giving it a more methodical, tactical feel. You really need to know the capabilities of all your weapons to succeed with any regularity, as at any moment you'll be able to toss grenades, fire one of your two weapons, or close in for a melee attack, which satisfyingly kills instantly if you hit someone from behind. Death comes quickly if you're left exposed for long, as your shield drains quickly and takes some time to recharge. This, too, forces you to play somewhat carefully.

There are plenty of game types built into Halo 2, and these games work on any of the 23 included maps. Aside from standard deathmatch, called slayer here, most of the modes are team games, like capture the flag, team slayer, and so on. There are also a ton of built-in variants for the modes, such as team shottysnipers, which arms every player with a shotgun and a sniper rifle and removes all the other weapons on the map, or rockets, which is a game of slayer with only rocket launchers. All this variety is nice, but it can also get supremely confusing, because you can make your own variants, too. What, exactly, is RumbleSWAT X? The game doesn't offer any immediate clues, so in some cases you'll just have to jump in and find out for yourself.

As a Games for Windows-branded game, Halo 2 has full support for the Xbox 360 controller. While the game plays just fine with a mouse and keyboard, playing with a controller is a bit closer to the original console experience, right down to force-feedback support. This creates some really weird and potentially unbalanced trade-offs in multiplayer. By default, a player with a mouse will be able to turn more quickly and, if that player is skilled, more accurately than a gamepad user. Gamepad players can increase the right-stick sensitivity to turn faster, but they also get another benefit that feels downright dirty. Like the console version, the PC game employs a certain amount of auto-aim when you're using a gamepad. This makes sticking to other players for up-close shotgun blasts or melee attacks significantly easier with the gamepad, and there doesn't appear to be any way to disable it or even detect that another player is using a pad. After pumping up the gamepad's sensitivity, we found ourselves doing more damage when armed with a gamepad, which makes the two control schemes feel unbalanced, is sort of crazy when you consider how tournament-focused the current Halo 2 Xbox scene is these days.

On the Xbox, Halo 2 introduced an innovative server finder, known as matchmaking. With matchmaking, you'd create a party, select a game type, and hit go. It would then match you and anyone else in your party up with similarly skilled players. The PC version of the game maintains a few of these concepts, but it also offers a standard server browser, which works better and faster when it comes to quickly selecting a server and getting into a game. Additionally, the game doesn't appear to keep track of any player rankings.

Halo 2 is the first game out there with support for the PC version of Xbox Live, the console's pay-to-play online service. There are two levels: a free silver level and a paid gold tier. The game comes with a free month of gold access, or if you already have an Xbox Live account, you can log in using your e-mail address and password. The split between silver and gold on the console makes some form of sense--if you pay for gold, you can play online games; if you're silver, you can't. Of course, that sort of tactic wouldn't work on the PC, where the standards for free online multiplayer are firmly entrenched, so Microsoft has made some seemingly arbitrary limits for silver members on the PC. Headset-based voice chat is available to all users, which is nice. Silver members are limited to using the server browser to find games, while gold members can hit a "quick match" button to get into a game quickly. This button has a habit of throwing you on empty gold tier servers, and the server browser works better anyway, so this is hardly a reason to sign up. It's also worth noting that one of the gold tier abilities will be to play against Xbox 360 players in select games, but Halo 2 does not have this sort of cross-platform support. Lastly, the game will only let you get multiplayer achievements if you have a gold account.

Achievements were an unexpectedly popular feature on the Xbox 360 that give you a "gamerscore," and each retail game supporting the service has up to 1,000 points to earn. Halo 2 one of the first PC games to offer achievement points, and they'll go right onto your Xbox 360 Live account if you already have one. In Halo 2, you'll earn points for completing each level in single-player, but most of the better achievements are on the multiplayer side, where you'll get points for ending someone's energy-sword killing spree, killing four people quickly, running someone over, jacking a vehicle, and so on.

The visuals in Halo 2 aren't going to win any awards. Yes, it certainly looks better than its Xbox counterpart, but that's mostly due to antialiasing and support for resolutions up to 1680x1050. On a fairly modern machine that bypasses the minimum requirements, things like fog in the single-player will have a pretty heavy impact on the frame rate. The multiplayer is also much more demanding than the single-player, which can also reduce your frame rate. But beyond the technical limitations involved in trying to make an old game look, well, less old, the game does have a sharp art style that still works. The early battles on Earth look nice, and your time spent on alien ships and worlds reveals a great attention to detail, making each environment look like a cohesive part of a sci-fi universe and not just a thrown-together clump of vaguely futuristic textures. The sound effects also do a good job of driving this point home, with plenty of good ambient sounds and quality weapon noises. The single-player campaign uses music in specific situations, usually around plot points, and the music is dramatic and appropriate in all the ways you'd want a sci-fi movie's score to be.

While the game has maintained a great deal of popularity on the Xbox, Halo 2 feels like something of a relic when you put it out as a 2007 PC game. The single-player campaign is interesting, and the cliff-hanger doesn't feel so horrific when you consider that Halo 3 is going to be hitting consoles to finish the story in just a few months. The multiplayer side is fun, too, but all of it feels overshadowed. The PC has more than its fair share of amazing shooters that blow Halo 2 away in every possible way, making this one best suited for Halo fans that want an easy way to play custom maps. However, even those fans are just as likely to be put off by the imbalance between the game's two controller options, making it a bit of a no-win situation, despite its high production quality. 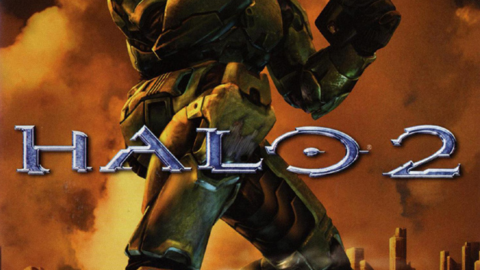