As the second game in the G.U. trilogy, Reminisce is content to simply fill in the gap between the first and third game in the series.

If you aren't familiar with the .hack series by now, you have a lot of catching up to do before jumping into the anime-heavy world of this fake massively multiplayer online game. Publisher Namco Bandai has released five .hack games over the past four years, with the first four composing one series, and the most recent kicking off the G.U. series, which is set in a revised version of the original world. The latest episode is the second in the G.U. trilogy, titled .hack//G.U. vol. 2//Reminisce. There are a few new characters and convoluted plot twists in vol. 2, but the bulk of the game is recycled from vol. 1. Therein lies the paradox with the episodic approach taken by the .hack series. If you haven't played the previous games, you won't know or care what's going on in the latest one, but if you have played the previous games, you'll feel like you're paying almost full price to play the same game over again.

Reminisce picks up where Rebirth left off. After the final confrontation in Rebirth, the legendary player-killer killer Haseo discovers that he and his friends are unable to log out of The World, which is the fictional massively multiplayer online role-playing game in which the .hack games take place. Additionally, as in all of the .hack games, there's a mysterious connection between what happens in The World and troubling events that occur in the real world. As Haseo, you set out to discover the secrets of The World and save your real-world friends in the process. This game addresses multiple plot lines, but it does so in a rather clumsy way that makes all of the events and characters feel disjointed. Just as one story arc begins to get interesting, it's dropped for another one. There's some intriguing background information here, especially in the out-of-game forums, emails, and movies, but none of it ever feels fully developed.

You go about the game by accepting quests, fighting enemies, and gathering information from a variety of bizarre characters. The game is full of lengthy, melodramatic cutscenes that are occasionally interesting but are often slow and boring. You can skip them if you want, but if you do, you'll miss out on just about everything that distinguishes Reminisce from its predecessor.

Reminisce is a fitting title for this game, because it will have you recalling experiences from the previous game. That's because most of the dungeons, towns, characters, and assets are taken directly from G.U. vol. 1. There are only a few different background designs for the quest areas in the game, so while the layout will change, almost all of the dungeons and battlefields look identical. The visuals are good, but the lack of variety makes the quests about as dull and tedious as possible, since you'll always feel like you're just grinding through the same area over and over again. That feeling is exacerbated by the fact that most of the quests follow the same find-the-item design. However, there are some new quests in Reminisce that require you to race around on your steam bike. You can customize your bike and tune it up, but the racing quests aren't satisfying or rewarding enough to be more than brief diversions.

In addition to the bland quest design, the combat is uninteresting, as well. Reminisce uses the same battle system as the previous game in the series, which means you'll run into enemies to initiate combat and then just hammer on the X button until those enemies are dead. There's very little challenge to the game, but the battles drag on forever because most of the enemies absorb so much damage that you have to pick away at them for several minutes at a time until you're finally able to wear them down. It's not unusual to rack up a 100-hit combo that barely even makes a dent in an enemy's life bar.

The only reprieves from the constant button mashing come in the form of the special skills and the awakening attacks. The skills can be activated by pressing R1 and then pressing the corresponding face button to perform an attack. In Reminisce, Haseo can even switch weapons midbattle by performing these skill attacks, which adds a nice but ultimately insubstantial twist to the battles. The beast and demon awakenings return from the last game, but a new one has been added, called the divine awakening. You can do this move with only a few timed button presses, but it's fun to watch just because of the flashy, over-the-top animations.

Aside from being all too familiar, the graphics in Reminisce look good. The battle animations are fast and fun to watch, and the frame rate does a fair job of keeping up with the action. The cutscenes, while often too heavy handed, are at least well directed. The accompanying voice over isn't grating, though the constant anime-style shouting and growling does wear thin. The music fits the game well, but there are no stand-out tracks to be heard here.

You can get through Reminisce in about 25 hours, but it will take you considerably longer to complete all the side quests and reach the level cap. But for all that time spent, you'll see very little new material. At this point, if you've kept up with the .hack series, you're so heavily invested that you'll probably feel that you might as well see the series to its end. It's precisely that mentality that keeps the .hack series going, and that keeps it from going anywhere. 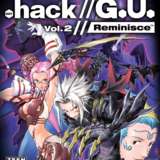 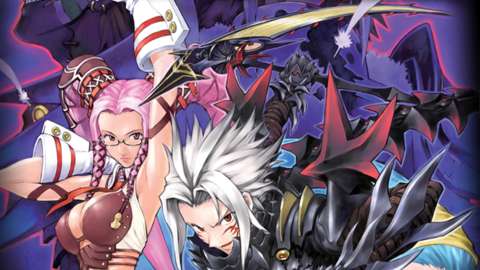 The second volume in the next installment of Bandai's .hack series.