Guilty Gear 2 may be an interesting experiment in cross-genre game design, but it's mostly a shallow mess.

Good luck making heads or tails out of Guilty Gear 2: Overture. Given the way that the game sews scraps of different genres together to form a patchwork quilt of action and strategy, you have to wonder if even the developers were entirely sure what they were making. Both the revamp of the series' 2D beat-'em-up beatdowns and the introduction of a tactical feature are just skimmed over, leaving the action a jumbled mess of whirling punches and the strategy so shallow that you barely need to pay it any attention. This frenetic experiment in mixing and matching is so all over the place that it spins your head as more than it revs up your adrenaline.

Your head starts to rotate from the moment that the story begins in the single-player campaign. What's happening here might make sense to fans who have previous knowledge of the goings-on in the anime-flavored Guilty Gear universe, but anyone coming in fresh won't have a clue what's happening. You play a hero named Sol Badguy, who is adventuring around on a future Earth with his sidekick, Sin. Something bad apparently happens at the start of the game with mystical Gears that once caused a big war, and you're called on to save the Kingdom of Illyria from evil invaders out to do evil things.

Even when you do start to get a handle on the story, the game throws more curveballs to keep you reeling. Although much of the level scenery is laden with gorgeous fields, columned streets, colorful trees, and immense statues, it is all so surreal in such a distinctively Japanese anime way that you never feel like you belong in any of the surroundings. Strange audio adds to the hallucinatory effects. Much of the overly florid dialogue will have you questioning your sanity. One of your allies is insulted for having "sadistic ears." Magic is drawn from an alternate universe called "the Backyard." Sol curses a problem in combat due to an "invalid access chord" and cries "Shut up!" every time he delivers a basic sword swipe. The plot here is one great big "Huh?" due to either a terrible translation from the original Japanese or an intentional desire to try to break your mind.

On the flipside, the incredibly shallow gameplay greatly contrasts with the impenetrable story. But even though such simplicity may provide a way to get into Guilty Gear 2, it doesn't give you any reasons to stick around. Levels are something of a blend between standard 3D beat-'em-up stuff and a strategic layer that plays like a single-player take on a multiplayer shooter game style. You start from a master-control nodule called a masterghost, which is basically a headquarters. The objective is to create an army through a management screen hilariously called the organ, and then venture forth to conquer the enemy's masterghost on the other side of the map.

Of course, lots of bad guys are in the way, along with other, smaller control nodules called ghosts. The idea is to move across the level step by step, taking control of ghosts on the way to raise the mana needed to unlock unit types and buy more actual units for your army. As you progress through the missions in the solo campaign, you gradually gain access to different types of monsters that you can summon, each with variable attack and defense abilities. Each hero deals in different types of creatures with different specialties. For example, Sol summons robots, whereas Izuna calls up creatures inspired by Japanese folklore. Each creature is also given a classification denoting its abilities. So you can summon melee units, armored units, ranged units, and so forth, to whip up a fairly well-rounded force in most levels.

However, that description probably makes the game seem more involved than it actually is. Ultimately, all you need to do is keep moving forward with your hero, killing enemy units by the bushel, and taking over ghosts until you have built up enough of an army to assault the rival masterghost and end the level. You'll take the odd break to consult the organ and send out troops to the right place--or put this function on automatic and worry only about conquering ghosts with your hero. There isn't much thought required when doing battle, either. Although the game includes a pack of combos that are mercifully easy on the thumbs to pull off, you never need to use them in fights. Simple button mashing slaughters bad guys just as effectively as tossing out combos, so you never have to bother getting fancy. With that said, the game isn't particularly easy. Even though you can plow through dozens of enemy goons without breaking a sweat, you generally have to face more than just dozens, and the mobs are so thick with foes that it's tough to keep track of what's going on. Sheer numbers can take you down if you simply rush forward mindlessly, so you have to take your troops into account and adopt a sort of "hurry slowly" philosophy toward taking ghosts.

Things get more challenging when playing multiplayer. Guilty Gear 2 doesn't seem to have a huge fan base playing via Xbox Live right now, but the players it does have are incredibly skilled. It's a huge jump to go from button-mashing solo matches to online matches against experts who have mastered the full range of combos. There really isn't any way to train for this before going online, either. The campaign doesn't hit you with opponents of even close to the average human level of skill, and the training mode is also lacking in killer opposition. All you can do is get into exhibition matches with buddies and build your skills together before heading online to take on expert strangers.

Everything about Guilty Gear 2: Overture says wasted promise. The action is mindless and repetitive. Most of the strategy feels tacked on. And the storyline could have been written by a lunatic. Mashing a beat-'em-up together with tactics is a great idea, but the execution here has obviously gone horribly awry. 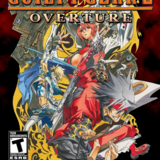 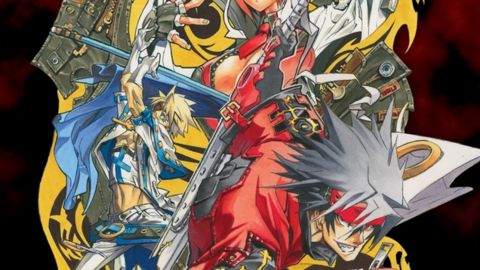 Guilty Gear breaks out into 3D battles as the Gears battle in the future, with deployable troops at their disposal.