Growlanser: Wayfarer of Time weaves a complex and captivating tale, but the combat doesn't pull its weight.

First released on the PlayStation 2 in Japan in 2003, the fourth game in the esteemed Growlanser series of tactical role-playing games has finally been made available to the wider world on the PSP. Those who have eagerly awaited the release of Growlanser: Wayfarer of Time will find much to admire; the tale it tells is populated by vivid characters whose struggles play out against the backdrop of a richly developed war-torn continent. But the combat is standard, lacking the depth that makes for satisfying strategy in other, better tactical RPGs. The result is an uneven game that alternates between the epic and the mundane.

The land is ravaged by conflict. Marquelay and Iglesias, Dulkheim and Valkania; these four nations use military strategy and, occasionally, diplomacy to jockey for power, protect their own citizens, and neutralize their enemies. In terms of its political complexity, the setting for Wayfarer of Time is reminiscent of Westeros, the continent whose conflicts are chronicled in George R.R. Martin's popular A Song of Ice and Fire books. You play as a young man (named Crevanille by default), one of the ruin children. Ruin children are found in stasis in the ruins of an earlier, highly advanced civilization that was destroyed some 2,000 years ago. Now, the appearance of destructive winged angels suggests that the forces that obliterated that civilization might be returning, and Crevanille and his friends set out to investigate ruins around the continent and find a way to prevent history from repeating itself.

It's a stirring setup for your adventures, and periodically, Wayfarer of Time pulls you in to its story. Seeing innocents slaughtered by the ruthless military forces of one nation fills you with rage, and moments when your characters regard the ruins of the previous civilization give the game a melancholy sense of history. Well-written dialogue brings the characters to life; you can't help but admire the wise, battle-hardened mercenary captain Dixon, and the egomaniacal womanizer Christopher is a character you will love to hate. The tone of the writing is smart and serious, befitting a tale of war in which characters often perish, and formal language is used effectively to suggest the divide between nobles and common folk.

But the moments in which Wayfarer of Time moves you with its story and characters are divided by gameplay sections that are often more tedious or frustrating than they are enjoyable. There are no random encounters; monsters are visible in the environment and can usually be avoided, though of course you want to fight a good number of the monsters you see in order to earn experience points and level up your characters. There are also missions--periodic battles that are tied in to the story, and that often have specific victory conditions that differ from the typical aim of simply defeating all enemies. You might need to prevent a certain number of enemy soldiers from escaping, for instance, or ensure that a certain character who isn't in your party stays alive.

Unlike many tactical RPGs in which characters move on a grid, here, your characters move freely about the environment, with the distance they can move and the frequency with which they act determined by their stats. Combat is usually quite easy. The first time you face a certain type of monster, it might take a short while to figure out what types of spells are most effective against it, but for the most part, you don't have to put much thought into what you're doing. And that's too bad; battles are often rote affairs in which you just wait for your party to finish wiping the floor with their enemies.

Missions are typically more challenging than ordinary encounters, both because the enemies you face can be tougher and because you need to account for the failure conditions that are unique to that battle. But once you've lost a mission as a result of one of these failure conditions, it's unlikely that you'll lose it again, because you've learned how the enemy is going to move and who you need to target to prevent that failure from coming to pass. If too many enemy soldiers slip past you on your first attempt at a certain mission, for instance, it's easy to position your characters and target your enemies to prevent this from happening the next time. So your second attempts are often simple matters of carrying out now-obvious recipes for success, which makes the result feel like a foregone conclusion.

Though the battles are rarely exciting, there's satisfaction in seeing your party emerge victorious time and again and watching them grow more powerful. You can equip your characters with spellstones that have various effects, like imbuing attacks with elemental power, increasing movement speed, and improving the effectiveness of healing items, which allows for a moderate but enjoyable amount of customization. Customizing your familiar is less enjoyable. This familiar, a subservient fairy-like creature who accompanies Crevanille, can be dressed in various outfits that you find throughout the game for your ogling pleasure. It's an uncomfortable bit of frivolity that's at odds with the serious tone of the game's narrative.

A good deal of your time is spent not engaged in battle, but rather puttering around towns and chatting with other characters. The conversational choices you make can impact Crevanille's relationships with other characters, and ultimately, your decisions can result in any of a vast number of endings. But this process feels more mechanical than organic; you can see how other characters feel about you on a friend rating screen and choose your dialogue options in an attempt to influence these ratings, but a character's interactions with you rarely seem to be influenced by how he or she feels about you.

Unfortunately, you might also spend some time just trying to figure out where you need to go and what you need to do next to advance the story. At times, a character might give you a clue, but if you aren't paying close attention and you miss that clue, you're out of luck; there's no way to check what your current objective is. As a result, you might spend minutes wandering around a town talking to all the characters you encounter to see if they trigger the next part of the story, finally give up, go back to the inn and go to sleep, only to find that this was what you needed to do all along.

There are no quest logs here, and other modern amenities common to the genre are absent as well. When you wander through a maze-like dungeon that has no automap feature and offers no option to save until and unless you emerge victorious on the other side, you might wish for some of those absent conveniences. Wayfarer of Time is a product of a previous era, and it looks and feels like it. But rewarding tactical combat is not a modern gaming advance, and even in 2003, there was no shortage of role-playing games that could put a satisfying strain on your noodle. Growlanser: Wayfarer of Time stumbles on the battlefield, and in some ways, it feels like a relic of the past. But these flaws don't fully overshadow the engrossing power of its rich world and well-written story. If you have an appetite for a grand and intricate fantasy tale, you may find that the foibles are worth enduring.

View Comments (137)
Back To Top
6
Fair
About GameSpot Reviews 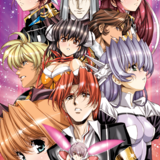