There are few legitimately good 3D beat-'em-ups in the vein of classics like Double Dragon and Final Fight. But the team behind excellent games like Viewtiful Joe and Okami has delivered one in God Hand, a self-consciously silly, shamelessly repetitive, very challenging, fast-paced martial arts action game. God Hand isn't ambitious by any stretch, since it consists almost exclusively of you, as a cocky young fighter named Gene, thrashing all sorts of different thugs and their ridiculous masters using various over-the-top moves. The game demands fast reflexes and some well-practiced button-mashing skills, and if all this sounds like fun to you, then you'll probably love it.

In the grand tradition of other beat-'em-ups, there's not a whole lot of backstory to God Hand--only the thinnest semblance of a plot to set you up so you can knock 'em down. The title of the game refers to Gene's right arm (not just his hand!), which apparently possesses stupendous power...though Gene's other arm and both his legs are pretty tough, too. All sorts of other fighters, including a trio of scheming demons, want this power, and Gene's got a score to settle with them anyway, so battle ensues. Along the way, he'll confront everything from a fat, vulgar, cigar-chomping Hispanic-accented demon named Elvis to a gorilla pro wrestler to an embarrassing squad of pint-sized superheroes to a dominatrix who's so evil, she kicks puppies. But, most of all, he'll fight lots and lots of punks, thugs, hoods, and other surly-looking types--and not just men but some mean-spirited ladies, as well.

The game unfolds as a series of many brief levels, comprising over half a dozen different stages, each of which are sandwiched between brief, often-amusing cinematic cutscenes. Each stage has its own look, catchy music, and unique enemies, but the stages still are all roughly the same--the level design in God Hand is simply there to put you up against one roomful of enemies after another. There are no puzzles to solve, no bottomless pits to jump over, and barely any other obstacles to watch out for besides all the bad guys. Yet the game stretches on for a remarkably long time for being so simple and will probably take you at least a dozen hours to finish the first time through. While the game does feel padded out with many cookie-cutter enemy encounters, the action stays fun and interesting by providing you with an ever-growing variety of martial arts moves. There are well over a hundred different punches and kicks you can use against your foes, and as you discover more and more of them, you can freely map them to the face buttons on your controller and wind up with your own custom fighting style. You can also buy power-ups that raise your maximum health and boost your special abilities.

God Hand is difficult because Gene will often be pitted against several foes who hit hard and fast, and while they can block many of Gene's attacks, all he can do is dodge and backflip to avoid theirs. These evasive maneuvers are performed using the right analog stick, and since they grant Gene a moment of invincibility, they're essential to surviving encounters against most foes. As you might expect, Gene's various attacks range from very quick jabs to slow and powerful punches and kicks that can send your foes flying. He's also got moves that will stagger a blocking opponent so you can keep punching away. Smack a foe enough times, and he'll be dizzy, at which point you can unleash some sort of enemy-specific special move, like a suplex, or repeated knee strikes to the face followed by a good old-fashioned DDT. And if an enemy is down but not out, go ahead and stomp him over and over till he stops moving.

Once in a while, Gene also gets to use a variety of extremely powerful moves that can deal huge damage to a single foe or seriously injure a bunch of enemies at once. There's a large variety of these and some of them are hysterical, but chances are you'll find a few you like and stick to them. Once you gather enough energy from fighting, you can also awaken Gene's god hand at the touch of a button, which makes you invincible and capable of doing much harm...which often leads to dizzying the opponent, and so you rinse and repeat. The game forces you to constantly be doling out attacks when you're not feverishly trying to evade your enemies, and you need to keep an eye on your onscreen radar lest some foes creep up and attack from the sides or from behind. All this gives God Hand a manic pace, yet the game rewards skillful and precise actions, which should make fans of fighting games feel right at home. The controls feel awkward at first, since Gene turns somewhat slowly and runs like a hyperactive ninja, but with practice you can be mopping up gangs of thugs without taking a hit.

You can save your progress between levels, and you can continue from the last level you got to an unlimited number of times whenever you run out of health, which helps ensure that this very tough game doesn't get frustrating. There's an easy difficulty option if the normal mode is too much for you, and you unlock a hard mode once you finish the game. One of God Hand's interesting features is that the difficulty dynamically adjusts depending on how you're doing, though these adjustments are misleadingly labeled. When the game tells you you've leveled up, that doesn't mean you just got stronger--that means everyone else just got stronger. If you skillfully avoid attacks while beating down numerous foes, your enemies will become more aggressive and will hit harder. And then, once they smack you around for a little while, things go back to normal. In effect, God Hand is one of those games where you'll often make it through a level with barely any health remaining. Victories are hard-fought and satisfying, especially on the heels of one of the game's exciting boss fights.

God Hand's visual style appears to be inspired by the influential manga, Fist of the North Star, which itself took cues from The Road Warrior and its vision of a postapocalyptic future filled with ruthless motorcycle gangs. The combat in God Hand is all right in your face, since the camera perspective follows very closely behind Gene, so you'll see your foes wincing in pain as you beat them up. It's a level of detail uncommon on the PlayStation 2, though the great-looking characters are undermined somewhat by the game's boxlike and often uninteresting environments. Perhaps most importantly, Gene's and his enemies' motion-captured fighting moves look terrific, and there are plenty of great, hard-hitting sound effects to accompany them. The voice acting in God Hand is cheesy, but the soundtrack is amazing, featuring a bevy of surf rock-inspired tunes that might seem wildly inappropriate on first impression yet soon become the perfect accompaniment to an upbeat game. And to help drive home all the comedy, yes, there's even a laugh track. God Hand includes some lewd moments and some strong language, but it earns its M rating for its irreverent humor, not for graphic depictions of violence. Sorry, Fist of the North Star fans--no blood geysers or exploding heads here.

There's more to God Hand than just level after level of kicking bad guys into the stratosphere. In between levels, you can hit a casino featuring slot machines, black jack, and video poker in case you'd care to earn more cash without fighting for it. There's also an optional fighting arena that lets you take on dozens of different challenging battles against different combinations of foes. And once you finish the game's grueling last battle for the first time, there's a good chance you'd want to go through again to try out many of the techniques you didn't mess around with or to brave the hard difficulty setting. God Hand's below-average retail price also helps make it a good value overall. This isn't a game for people who've come to expect action games to try to do a lot of different things; rather, it's for those who can appreciate when a game does one good thing really well. 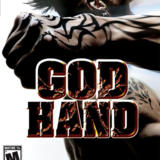