Ashes to ashes, dust to dust.

Gigantic inhuman entities threatening mankind are something that we're all familiar with in the year 2019. Monster Hunter, Attack on Titan, Godzilla--there's something inherently compelling about the trope where desperate survivors pit themselves against incredible odds and incredibly large monsters at the end of the world. God Eater 3's narrative, much like its predecessors, leans heavily into this conceit and tells an enjoyable (if light) tale as icing on its frenzied action-RPG cake.

Part of a series that has historically been for PlayStation portable devices, God Eater 3 is the first entry created with home consoles and PC as its primary platforms. Also significant is a new developer, Marvelous, a studio perhaps more well-known for its contribution to games with prodigious amounts of swimsuit DLC than the stuff of the monster-hunting variety. This tonal shift isn't as evident as you might think, though, especially since the series was already awash with anime tropes and aesthetic choices. God Eater 3 doesn't deliver any real twists and honestly, that's fine. The real friends that you make along the way in God Eater games aren't the ones with compelling backstories; they're the ones that help you kill Aragami with the sort of precision reserved for surgical procedures.

Aragami are representative of the evil threatening the world--they're gigantic predators that devour everything in their wake as the world drowns under deadly ash storms. A nightmarish fusion of beast and mech, there's something brutal about their designs, which hammers home the divide between the alien and the organic world that you have to protect. You're the mostly-silent star in this particular story, doomed to take up the thankless job of Aragami eradication for people who have treated you like an expendable weapon since infancy. There's a predictable follow-up series of events: You're liberated, you recover from your trauma through the power of friendship, and then you meet a life-changing person who isn't quite who they appear to be. There are plenty of similarities between the core story of God Eater 3, the previous entries in the franchise, and whichever monster-fighting anime is currently trending on Crunchyroll, so while it's an entertaining tale, temper your expectations for crushing moral dilemmas.

What will likely exceed your expectations, whether you're familiar with God Eater's particular brand of slaughter or not, is the combat. While it's easy to draw parallels with Monster Hunter, God Eater 3 is a fair bit closer to Devil May Cry's style of action. It's fast-paced and frenetic, reliant on chaining high-octane and high-mobility combos without getting hit in order to efficiently dissect Aragami. You have no shortage of movement options, including a specific command for Dash abilities, and you can effortlessly switch between melee and ranged combat. The feeling of stabbing an Aragami's plated shins with your greatsword in close combat before flying away and firing a shotgun shell right into the exposed wound never really gets old.

Another mechanic, which is now a staple of the God Eater series, is the ability for your weapon to consume the essence of the beasts you kill. In doing so, you get to enter Burst Mode, giving you better damage output, flashier combo moves, and increased range on your basic attacks. The effects vary depending on your weapon loadout, which offers an interesting level of strategy for you to consider from mission to mission. The most difficult bosses in the game have a similar mechanic of their own, where attack patterns can grow a host of other deadly variables, making your defensive strategy just as important as your damage output.

Unfortunately, the game's difficulty curve is fairly stagnant until about the halfway mark, when it suddenly ramps up by increasing the number of baddies you need to take down at the same time. This can lead to an initial feeling of being underpowered for these tense stand-offs, where you'll have to rely on every ounce of your skills to not get nailed to the wall by twice as many deadly laser beams and teleporting death machines than what you're used to.

It's not all smooth sailing when it comes to the nuts and bolts of God Eater 3, either, with a number of small annoyances. One particular gripe here is that the game binds multiple options to the same input, and most frustratingly, the button to loot will also be bound to another action (whether it be dashing or blocking, depending on the control scheme) which makes looting a pain. Flitting around the maps as quick as you please is fine and dandy until you want to pick up something useful, like crafting materials; you have a higher chance of careening face-first into a nearby enemy.

Another issue is the presence of the various customization systems that the series has accumulated over the years. There are crafting systems, ability systems, what seems like well over 100 possible skills to use, and upgrades on top of those too. Fiddling with a million and one variables to make your character perform better is neat at first, but a mastery of those systems isn't at all necessary to do well in the game, meaning it's easy to ignore them.

The rest of the time spent as a God-eating machine is an affair punctuated by expository cutscenes and managing your various AI companions on the fields of war. The AI perform well enough at their respective jobs of doing damage, chaining skills, and trying to keep you alive if necessary. If you're craving a little more of a human feel to those connections, then there's the option of taking on the fast and furious multiplayer Assault Missions where pile-driving Aragami into the ground with mates before the timer runs out is the name of the game. It's a welcome reprieve from the grind of the single-player mode and its buffet of relatively run-of-the-mill missions, so having it as an option is a refreshing change of pace for the series.

God Eater 3 is a solid entry in the franchise that doesn't necessarily reinvent itself, but it doesn't have to. All the core things that make God Eater so enjoyable, from the lightning-fast combat to the anime stylings, have been given a new lick of paint and propped up enticingly next to additions like the well-tuned Assault Missions and creative enemies to make one delicious package. Some aspects of the game--like its difficulty curve and multitude of superfluous customization systems--miss the mark, but it's an enjoyable romp with plenty of raucous battles if you're hungry for an action RPG.

View Comments (25)
Back To Top
6
Fair
About GameSpot Reviews 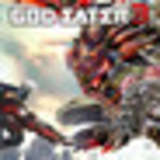 Ginny Woo has a storied history with franchises beloved in Japan that have been largely ignored by the West. God Eater was a good way to fill the apocalyptic anime-sized hole in her stomach in the old days, and this latest entry has definitely whet her appetite. For the purposes of this review, Ginny played God Eater 3 for 60 hours using a code provided by the publisher. 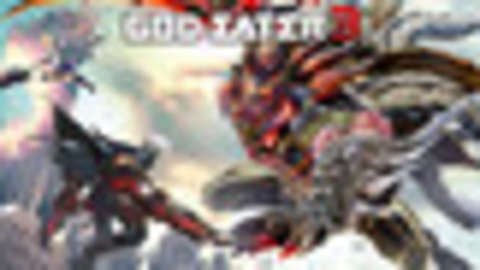