A balanced diet of deities.

These days, it's easy to find games that let you exterminate fantastic beasts with giant blades and panache. Yet not all those experiences deliver the immediacy of prey hunting with cooperative play quite like God Eater 2: Rage Burst. It makes up for its lack of difficulty and recycled maps with a robust combat system and a wealth of loot to sort through and manage in between matches. Much like the best of Monster Hunter, Rage Burst reaffirms that an online action RPG can rely on a single objective type, as long as that objective is to triumph over hostile creatures.

Set three years after the post-apocalyptic events of God Eater: Resurrection, Rage Burst finds the remnants of humanity on a planet still overrun with godlike beasts known as Aragami. God Eater has always been about surviving the end of the world while looking good in the process. The introductory music-video cinematic sets expectations by showing off the agents’ fiery, demon-killing intensity while wielding God Arcs, transformable weapons often larger than a typical human. It’s easy to be motivated by your squad’s collective gung-ho attitude and the game’s bombastic choral soundtrack, which features the kind of compositions normally saved for final boss fights.

The unabashed nature of its teen-targeted presentation is the crux of Rage Burst’s charm. The intricate, often vibrant youth-centric outfits serve as a reminder that Final Fantasy and Kingdom Hearts veteran Tetsuya Nomura does not have a monopoly on gratuitous zippers. The backdrops of desolate cities, fallen skyscrapers, and the imposing visages of otherworldly Aragami do little to dampen the hopes of the spry early twenty-somethings who make up your party.

Anime-styled cutscenes are pleasant breaks in between sorties, and the steady stream of new characters help add diversity to your potential squad. Compared to Resurrection, Rage Burst’s initial cast is surprisingly easygoing, and it takes a few hours before more distinct archetypes join the cast. For example, the unsurprising addition of the overconfident-but-well-meaning agent serves as a poignant contrast to the introduction of the brooding-yet-skilled squadmate.

Rage Burst isn’t as front-loaded with scene-setting exposition as Resurrection, which makes it easier to get started with the first batch of missions. Like in Monster Hunter and even Phantasy Star Online, it’s not unusual to revisit old maps or see foes from the past reprise their roles as prey in Rage Burst. They’re worth getting reaquainted with, especially given the imagination put into their designs. Large, bipedal bugs and helmeted lizards return, as does the gigantic gorilla sporting armor reminiscent of a Japanese demon.

Combat is the main course in a god hunt that actually involves the consumption of the deities you’re tasked with vanquishing. The straightforwardness of Rage Burst’s “kill X” quests can appear shallow at first, and yes, you can accomplish many goals by making a beeline for your targets and mashing a basic combo. Exhilarating moments can be as simple as relentlessly pummeling your foe or showcasing an adept use of well-timed roll dodges.

There’s a rush in avoiding an Aragami’s strike and fully capitalizing on the opportunity with a lethal thrashing. Aragamis aren’t pushovers, though. They can extend the fight with a hasty retreat to recover health. Different maps offer Aragami distinct escape routes--some inaccessible to your party--but it’s a problem easily fixed with a speedy chase along the paths you can use. If you’re smart when it comes to managing your ammo, you can interrupt a retreat with a well-placed salvo, even if the Aragami’s already 50 yards away.

Rage Burst is rich in these satisfying tactical maneuvers. Moves partly executed in midair add flair to an already stylish squad. By adding complex staggers and cancels to your repertoire, you can appreciate the series’ fighting-game influence--and, more importantly, become a more meaningful contributor in battle.

One of the game’s most rewarding combat features, Burst Mode, isn’t complex at all, though. If you can find a two-second window to charge your God Arc in melee mode, you can take a literal bite out of an Aragami, resulting in a temporary enhancement of your stats; it’s essentially God Eater’s “Super Saiyan” mode. It sounds twisted, but you can buff your friends by shooting at them. The most rewarding aspect of Burst Mode is the ability to use the same element-enhanced attacks of the Aragami that you consumed. It’s the equivalent of beating up an opponent with his own arm--which, by the way, you just ripped off.

Loot is the key to molding and refining your character’s battle skills and combat prowess. Rage Burst’s modest difficulty makes it easy to craft weapons, where style can sometimes take precedent over optimization. Sorting through loot and pondering over stat upgrades can be overwhelming at times--the game offers more than 100 skill effects alone, and that doesn’t include support skills or status effects.

It’s not unusual to spend more time poring over weapon-crafting than in completing a single assignment. What good is killing an Aragami if you don’t give yourself a fighting chance at an S-rank and looking great at the same time? It’s not a case of whether you live or die, but whether it takes 60 seconds or 5 minutes to finish the same sortie. It’s very much determined by how you’ve crafted your gear to your playstyle, but team chemistry is also a factor. While the AI can’t replicate the efficiency of a seasoned online team, the AI-controlled comrades are surprisingly reliable.

Good sequels strike a balance between reproducing familiar systems and introducing new features. Rage Burst shares many similarities with Resurrection, to the degree that you wouldn’t be blamed for mistaking the former for an expansion pack of the latter at a glance. But Rage Burst is bolstered by a beefed-up combat system and scores of stylish, powerful loot, making frequent, sometimes repetitive questing, more enjoyable than it was in Resurrection. 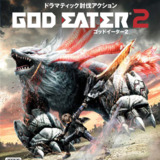 Miguel spent 35 hours clearing God Eater 2: Rage Burst on PC while also spending a couple of hours on the PS4 version. GameSpot was provided with complimentary copies of the game for the purpose of this review.