It’s not surprising that Activision has chosen to release a Ghostbusters game right in time for the movie reboot or that it’s a four-player cooperative twin-stick shooter. Really, the only thing truly surprising about the game is how clueless it seems to be about its own genre and license. Ghostbusters is a nearly full-priced release that feels more like a budget bomb.

To put that in context, I actually like the last-gen Ghostbusters games, including the similarly themed four-way, very arcade-like, Sanctum of Slime. It's slight and disposable, but it nailed the old-school multiplayer groove. It wasn’t a particularly good game, but it was far and away better than this one.

This new Ghostbusters has none of the redeeming qualities of its predecessor. This romp takes place after the events of the new movie. You don’t play any of the that film's Ghostbusters though, instead taking the role of a squad of rookies (just as in the previous game). They’re a bit more diverse than usual, at least--two women and two men fill the team--but they’re standard archetypes for a multiplayer twin-stick shooter: the big guy is a mini-gun carrying tank, while his buddy is the assault rifle-carrying smart guy. The two ladies offer up proton pack versions of a shotgun and dual pistols.

With a full compliment of human players at the controls, they make a fairly well-rounded team, even if their personalities fail to make a meaningful impression. The game takes you all over New York City and, eventually, beyond. There are treks through a graveyard, cruise ship, hotel, and other haunted locales across 10 stages. Each level plays out the same way: you fight a bunch of the same, smaller ghost baddies, then some larger ones who require switching to the traditional proton beam to weaken them further so you can trap them, and eventually a pattern-based boss ghost. This formula is serviceable at first, but it doesn't take long before you start to feel like you're merely going through the motions, completing uninspiring chores.

You can also switch to the P.K.E. meter during non-combative moments to find secret goodies hidden throughout the level. This dual set-up is the standard boilerplate twin-stick shooter template, which isn’t necessarily a terrible thing. The problem here is that Ghostbusters somehow manages to suck the life out of both its own license and gameplay.

To be more specific, Ghostbusters is mind-numbingly boring. Levels are huge--too large for this kind of game--and filled mostly with empty space and confusing, seemingly random designs. Some levels can take over an hour, devoid of interesting environments or fun challenges--it's enough to put you to sleep.

There are half-baked elements that might have improved things with better execution. The upgrade system lets you increase weapons and stats of each character, but the characters start out so ponderously slow that increasing their speed becomes a priority. Even after these upgrades, though, the controls are unresponsive, and shooting ghosts remains cloying.

While each level tends to introduce a couple new enemies, there’s very little variety overall. You encounter the same larger mid-boss opponents ad nauseam as the drawn-out levels progress. Even with that sense of repetition, you spend most of your time aimlessly walking around more than actually battling spirits. There are huge arena-sized areas with virtually nothing in them. The P.K.E. meter may initially inspire you to search every corner of a level, but there’s little payoff when you do.

And although Ghostbusters uses the Unreal 4 engine, its aesthetics don't redeem its poor accompanying factors. It’s trying hard to summon the cel-shaded animated look of Borderlands, but isn’t up to the task. The mundane looking ghosts are uninspired and landscapes are basic. The soundtrack, however, evokes the proper nostalgia, making it one of the only standout qualities in an otherwise substandard game. The overall score is surprisingly dramatic, making it much better than any other aspect of the game.

In the end, Ghostbusters has rare moments when it doesn't feel like an utter waste of time. But it's mostly a bizarre slog through mostly empty, overly cumbersome levels full of extreme repetition. Even for devoted fans of the films and four-player co-op shooters, Ghostbusters is a disappointment. 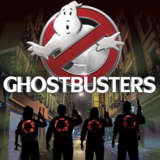 Jason D’Aprile is saddened by the six or so hours of his life he’s never getting back after playing this game. GameSpot was provided with a complimentary copy of the game for the purposes of this review. 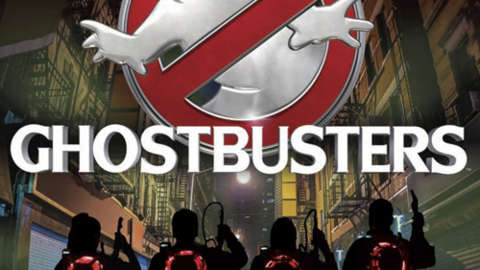 Have you and your friends been experiencing paranormal activity? Grab your Proton Pack and join the Ghostbusters as you explore Manhattan, blasting ghosts, and trapping those runaway ghouls.