It might not be the hands-down best Formula 1 game currently available, but it's certainly a solid racing game that's deserving of your attention.

For the better part of the last decade, British software designer Geoff Crammond has been involved in the creation of the finest Formula 1 racing games for the PC. Starting with World Circuit in 1993 and leading up to Grand Prix 3 in 2000, Geoff Crammond's racing games have been the undisputed champions of F1 by capturing the true essence of all aspects of this widely popular motorsport, from track design to driver behavior. But it could be argued that these games' stature is due as much to the lack of noteworthy competition as it is to their quality and realism. Certainly, at the time of Grand Prix 3's release, most other F1 games up to that point were too forgiving in their physics, took too much creative license in regard to their level of realism, or simply had several glaring problems or omissions. Geoff Crammond's Grand Prix 4 carries on the series' tradition of being the most realistic F1 game for the PC--but it's no longer the only player on the market. Specifically, Grand Prix 4 faces stiff competition from Electronic Arts' recently released F1 2002, and as authentic as Geoff Crammond's latest game might be, this time it can't be crowned the champ by default.

The basic idea behind the Grand Prix series has not changed in its latest installment. You'll assume the role of a driver for one of 11 Formula 1 teams and race on 17 world-famous racetracks in a bid to earn enough points to win the coveted Driver's Championship and Constructer's Cup, the two goals of all F1 teams and drivers. Obviously, the team rosters and race schedule have been updated since Grand Prix 3. But unlike F1 2002, Grand Prix 4 focuses on last year's 2001 FIA Formula 1 season, which means that it lacks several features that are currently available elsewhere--features like the addition of the new chicane at Hockenheim, the introduction of the Toyota team, and the absence of Mika Hakkinen from McLaren's primary car. However, since it was released after the end of last year's season, Grand Prix 4 is the most accurate representation of the 2001 F1 championships. The game not only includes all 11 teams, 22 drivers, and 17 courses from that season, but it also re-creates the weather conditions and starting grids of all of last year's races. Additionally, the game addresses some of the glaring issues found in Grand Prix 3--specifically, the graphics have been overhauled, a brand-new menu interface has been implemented, and a massive reference guide called the Gpaedia has been added. Narrated by Arrows team manager Mark Hemsworth, Gpaedia has information on all things F1, including an overview of a typical F1 car and a second-by-second breakdown of a pit stop. The virtual library of tables, charts, and full-motion video clips contained within the Gpaedia will surely please all racing fans, and even the most knowledgeable follower of F1 will undoubtedly learn something new.

If you played Grand Prix 3, the first thing you'll notice about the new game is the face-lift. The menu interface is now extremely slick, using simple fonts set against stylized full-motion video for a look and feel that's similar to the menus in Gran Turismo 3: A-Spec. Likewise, the in-game graphics have also been updated with crisper textures and more polygons throughout. This change is most evident in the cars themselves, which are easily the best looking of any F1 game to date. Details such as wet-tire tread, individually spoked BBS wheels, and a reflective sheen on each car's fairing is clearly evident, as are new weather effects like rain drops that streak across your visor as you accelerate, reflections of the surroundings on the wet tarmac, and waves of heat in the distance. Another new visual addition to Grand Prix 4 is the introduction of a fully animated 3D pit crew, which is a welcome change from Grand Prix 3's paper-thin sprites. As in Grand Prix 3, however, the graphics in this game can be both impressive and unsightly at the same time. You can seemingly count the number of polygons that make up the entire pit crew on one hand, for example, and the track surfaces are lacking in terms of detail, which hampers the game's sense of speed. The menus, while attractive, aren't immediately intuitive. You'll search high and low for the setup menu, for instance, before realizing that it can be accessed only from your car's steering wheel LCD panel during a free practice or qualifying session.

Once you do find this setup option, however, you'll come to appreciate the level of fine-tuning that Grand Prix 4 offers. Not only can you fiddle around with basic components like your car's brake balance, gear ratios, and wing height, but you can also choose between a one-, two-, or three-stop pit strategy and adjust things like the stiffness of your anti-roll bar, your ride height, and the fast and slow rebound and dampers of your suspension. You can even set the torque strength of the differential coupling under acceleration and deceleration. Obviously, these options aren't for everyone, and the game does a good job of clearly marking the advanced options as such. Likewise, restoring the default settings involves a simple click of the mouse, in case you ever get in over your head. Beginners also have the additional option of toggling between nine different driving aids like auto-shifting, launch control, traction control, and spin recovery.

It's in these realistic settings and options that Grand Prix 4 truly excels. Every single change you make to your car affects its behavior and performance on the track noticeably, and in the game's hardest difficulty setting, you will have to actively create separate car setups for your practice, qualifying, and racing events in order to stay competitive with the AI, which does a remarkable job of exploiting passing opportunities created by your mistakes. Though it's not clearly evident from your perspective, you'll be able to use replays to observe the interplay between AI drivers, who are by no means perfect. Computer-controlled drivers who brake too late end up in the grass, and at times, spectacular collisions will take place on the other side of the track, completely independent of your actions. But for the most part the AI will tend to stick to the most efficient driving line and attempt a pass only when a clear opportunity presents itself.

It should be noted that, while any changes you make to your car are clearly relayed back to you, the overall feel of each car in Grand Prix 4 is somewhat subdued. The cars seem like they're firmly planted on the track, and with traction control on, it takes a mighty stomp on the gas pedal to cause your car to break its rear tires loose. The nervous feeling you get from cautiously navigating these powerful machines around corners in EA's F1 2002 is nowhere to be found in Grand Prix 4. Instead, the cars generally seem to be a bit underwhelming, and they don't exhibit the twitchy nature and fiery demeanor of their real-world counterparts. That's not to say you won't crash. Quite the contrary--you'll crash, and crash hard at that. The cars in Grand Prix 4 might be tamer than the real thing, but they're still F1 cars, and as such you'll need to exercise restraint in acceleration and braking to avoid losing control. When you do lose control, you'll be witness to a noteworthy damage-modeling system that shears wings, tires, and other body parts off any cars involved in a collision with another car or a retaining wall. Breakdowns can also put an end to your race. Grand Prix 4 simulates numerous engine, transmission, and suspension breakdowns, though from our experience, they happen somewhat infrequently.

Though Grand Prix 4 addresses many of the issues in Grand Prix 3, the game isn't without problems of its own. Most of the sound is very well done--the engine noise, in particular, is quite loud and convincing--but there seem to be some issues with the music in the menu screens. Specifically, instead of looping seamlessly, the music in the menus will suddenly come to a stop, and a seemingly new track will play after a few seconds of silence. You might also notice instances in which some parts of the environments will inexplicably disappear. On our test machine, the grandstands of Indianapolis and most of the buildings in Monaco were nowhere to be seen. A recently released patch doesn't seem to address these technical problems, either, though for what it's worth, we were unable to re-create them on a second machine. There's also no Internet support to speak of, though you can create or join a LAN game of up to eight players.

Ultimately, Grand Prix 4 is the most accurate re-creation of the 2001 Formula 1 season available, despite its problems. To be clear, there are some things that its primary competition--F1 2002--does better, including exhibiting a better sense of speed, relaying a truer sense of driving an F1 car, and having somewhat flashier graphics overall. However, those differences are marginal at best, and nothing comes close to the selection of tuning options, realistic AI, and wealth of F1-related info you'll find in Grand Prix 4. Geoff Crammond's latest Grand Prix game might not be the hands-down best Formula 1 game currently available, but it's certainly a solid racing game that's deserving of your attention. 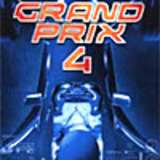 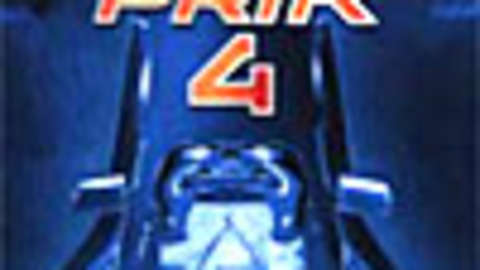 It might not be the hands-down best Formula 1 game currently available, but it's certainly a solid racing game that's deserving of your attention.