When the four-player dungeon shoot-'em-up Gauntlet became an instant classic in pizza parlors and video arcades across the nation, no one could have possibly imagined that we'd still be playing it 20 years later. Of course, you're not likely to see an original Gauntlet machine these days, but the game has been refurbished and made playable online through the Xbox Live Arcade service. So for the price of a couple of slices of pizza, you could be playing Gauntlet with high-definition graphics and with other nostalgic fans all over the world.

Gauntlet is the quintessential dungeon-crawl video game, and most any other game involving fantasy heroes battling hordes of monsters can be traced back to it in some form or another. You may play as one of four archetypal characters: a brawny warrior, an elf archer, a swift valkyrie, and a powerful wizard. The sequel to Gauntlet let any player be any character. However, in this game, each player must use one of the available characters, so you can't have more than one warrior running around, for example. The characters have different properties for their strength and speed, but regardless of which one you choose, gameplay involves navigating mazes and shooting dozens of monsters from a top-down perspective. Ghosts, grunts, demons, enemy wizards, and other enemies await, and they will often spew forth from generators that will keep cranking them out until the generators are destroyed. Your rapid-fire attacks can bring foes down quickly, but only about as quickly as the generators can crank them out, which often forces you to rush the generators and sustain some damage in the process. Hopefully you'll find some food around the next corner--just be careful not to shoot it. All these years later, hearing Gauntlet's bemused narrator declare something like "Valkyrie shot the food" in the middle of a hectic four-player match is still going to make you squirm.

For the most part, the Xbox 360 version of Gauntlet is a faithful arcade port. When you play the arcade mode--which isn't much fun by yourself, honestly--you can keep hitting a button to add more health. It's the equivalent of dumping more quarters into an arcade cabinet. If you play using the default settings, your scores will automatically be compared against the worldwide leaderboards. The catch here is that the more times you give yourself a boost of health, the more you divide up your score, so the highest-ranking players are going to be the ones who get the farthest without squandering their health. The arcade mode features four-player support, but only if you're playing with some friends locally.

Then there's the co-op mode, which lets you jump into matches on Xbox Live. Amazingly, there are already a decent number of people playing online, so finding a full cohort of adventurers shouldn't be too tough. The catch with the co-op mode is that all you need is for one of the four players to make it to the exit on each floor in order for all of you to continue playing. There are no continues in co-op, and you can't give yourself health, so it's really a test of your ability to survive and coordinate. Online performance is decent, as you'd probably expect, though Gauntlet does require a fair amount of precision to be played properly, so lag can definitely throw off your game somewhat. At any rate, this online co-op mode is definitely the main attraction. It would have been nice, however, if you could just start up a game on your own and have other players come and go while already in progress. As it is, you always have to start from the beginning.

It's hard to think of something more absurd than playing Gauntlet on a high-definition TV, but the game goes out of its way to accommodate that. By default, the graphics are sharpened up and retouched. However, they don't fill a widescreen display, so you'll play with black bars on the sides of the screen unless you choose to stretch the picture. The enhanced graphics are decent, though the main characters' faces are more clearly defined than in the arcade original, which makes them look quite different and might put off purists. Fortunately, the option is there to switch to the original graphics and you can do this at any time. The original graphics look a little too soft even in HD, though. It's not quite the razor-sharp, blocky look you remember from the arcade days. However, the audio is all there and intact. Gauntlet features some of the most memorable audio from the early days of gaming, and while it's understated, it's still amusing today.

If you never played Gauntlet back in the day, you'd be hard pressed to appreciate it now, since it's a simple game that was originally designed to fiendishly rob kids of their quarters. The Xbox 360 version does recapture some of that spirit by challenging you to ration your energy when playing cooperatively online, and being able to speak to your comrades through your headset is of course a nice touch. So if you have fond memories of playing Gauntlet, now you can revisit them, minus the greasy joysticks and nagging parents. But hey, it's still a pretty good translation. 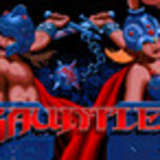 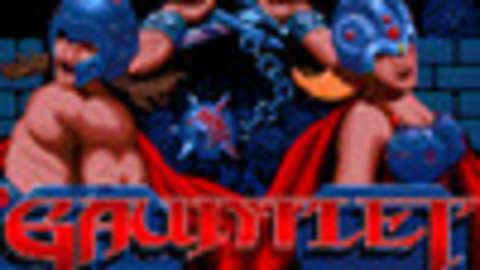