When it first released in 2014, Framed was declared game of the year by no less than Hideo Kojima. In the years since, this has been the game's enduring legacy--it's not just a good game, but one that inspired an industry heavyweight with its inventiveness. It's a fundamentally robust, unique idea executed well.

Framed Collection brings together Framed and its 2017 follow-up Framed 2 (a prequel, although the plot is largely inconsequential) to Nintendo Switch and PC--both were formerly exclusive to iOS and Android. They are essentially puzzle games in which you're trying to solve a narrative issue--they present comic books where the main characters die or get arrested on every page. Several panels are laid out on each screen, each one depicting different scenes, usually involving one or more of the game's unnamed protagonists trying to outsmart the police or overcome an obstacle. In the opening stages, all you need to do is switch the panels around so that the character can safely get to the end of the 'page' and escape it.

Once you have the panels in an order that you think will work, you press 'play' and watch what happens. To give an early example, if the first (immovable) panel shows two police firing their guns then you'll need to move the panel that shows a table into the second slot, so that the man who is being fired at can immediately dive behind it and take cover. If any other panel is placed second, he'll be shot. All of this is backed by a lovely jazz soundtrack and neat visual style that renders all the characters in silhouette. Framed has a great sense of style, and although some of the backgrounds can be a bit plain (especially in the first game), it's easy to read the action and figure out what is going to happen in each panel as you enter or exit it.

In both games, the puzzles grow more complicated and clever as you progress. Later puzzles will let you rotate panels, sometimes changing the orientation of objects within them, other times shifting a rectangular panel so that it's either vertical or horizontal (which changes the order the panels are 'read' in as well). Others will let you move panels around after you've pressed play, which means that getting through to the last panel on the screen will mean moving through some panels more than once. Everything works on silly video game stealth logic--you can assume that all the police are deaf to anyone behind them--but the game's internal logic is consistent.

It's a clever system, albeit one that feels like it could have been pushed just a little further after finishing both short games. Played back to back, it's the original Framed that stands out the most. It's not necessarily better, per se, but the game has held up well since its initial release, and still feels like a fresh idea. Framed has a loopier structure than the sequel, one that calls attention to the game's weird frame-switching conceit with a plot that is hard to fully understand, but is neat in its ambitiousness. The original game introduces all the series' best concepts and ideas too, and as such ends up feeling a tad more inventive just by virtue of being the first one.

That's not to say that Framed 2 isn't also good fun. It's much nicer visually, and the puzzles are more playful in the sequel--one sequence where you need to change a character's outfit by continually switching around panels so that they alternately put on and take off various items of clothing is a stand-out, as is one scene that lets you rotate the hands of a clock to affect the angle at which one of the characters leaps off it into the next panel. Some other set-pieces, like a fist fight and a sequence where you need to figure out a four-digit code based on a tableau taking up most of the screen, play out as cute proofs-of-concept rather than full-blown ideas, but they're in the minority. Both games have plenty of lovely 'a-ha' moments, where a puzzle clicks and an obvious solution that was staring you in the face suddenly leaps out. Neither is particularly difficult, and while that's not a major issue both games also end abruptly--some further complexity would not have gone amiss.

Framed Collection's only real significant addition is a fast-forward button, which lets you speed up the action after pressing play. This is a bigger deal than it sounds--having to watch the same scenes slowly play out every time you pressed play after organizing panels was the most annoying part of Framed on mobile, and the problem has been mitigated here. You can play either game in TV mode with the Switch, but it's better in handheld mode with touch controls--using a controller just doesn't feel natural, especially when you need to switch between panels quickly. Playing on PC with a mouse is a great fit, too; these games are well suited to a bigger screen, and the art scales well.

Framed Collection is a pleasant reminder of why these mobile games struck such a chord. I wouldn't go as far as Kojima and declare them game of the year material, but I'd be up for a Framed 3 that took the building blocks established by the first two games and found new ways to piece them together. If you've already played Framed 1 and 2 on mobile there's not much reason to come back, but if you haven't these are the best versions of the unique and enduring puzzle games. 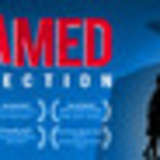 James O'Connor had previously played both games on smartphone, but was happy to play them through again on Switch--and test the PC version--to see how they held up. GameSpot was provided with review code for both versions.