The racing genre has reached that level of maturity where we've lost count of the number of times we’ve driven down the straightaways of Road America and the curves of the Bernese Alps. It speaks to the quality of some racing games that they draw us back to these old roads time and time again. Because it offers substantial new features that bolster the familiar, the arrival of Forza Motorsport 6 is yet another great reason to get back in the driver's seat.

This greatness shines in several areas of Forza 6's design, but nowhere more than Stories of Motorsport, the core mode of Forza 6’s goal-driven single player experience. Neatly organized in sets of five themes, it presents the game’s main racing disciplines in inventive ways that keep you entertained while you get accustomed to different tracks and car class combinations. Forza 6 effectively sells “the journey” of progressing through car classes and eras with appropriate rewards, both practical and superficial, along with a great sense of accomplishment.

Forza 6's Drivatars--A.I. racers that replicate your friends' driving habits--teach you to expect the unexpected. Any given Drivatar can veer off track, just like you might on a bad day. Likewise, a driver in first place can make a dumb move that gives you an undisputed lead for the rest of the race. There's a flipside: a racer could also flawlessly navigate a given track, holding the lead from the first lap all the way to the last, with you in their dust. In situations like this, I couldn’t help but chuckle in resignation when I finished in second place. I was impressed with this latest version of Drivatar for reminding me that there's always going to be unforeseen challenges, and new opportunities to learn from.

One of the reasons why Forza is generally considered a much more accessible racing simulator than say, Gran Turismo, is how it handles penalties. Like the parent who plays the ‘good cop’, Forza 6 doesn’t believe in punishment. Instead, it adds point rewards based on how much you want to challenge yourself, whether it’s turning off assists or increasing the difficulty of the A.I.. Even if you’ve been with the series since its inception but could never get used to turning off assists completely, Forza 6 doesn’t make you feel embarrassed for getting a little help with the controls. It also encourages you to become a smarter and more effective driver through the promise of greater rewards down the road.

This kind of accessibility and motivation pervades Forza's rich suite of multiplayer modes, too. It borrows much of its content from prior Forzas, with standard class-specific races as well as drag race and drifting competitions. Tag (Virus) remains my favorite multiplayer game. The thrill of escaping an infected driver is only matched by the tension of staying still in a hiding spot. While I can only describe my pre-release online play as limited at best, the matches I participated in were free of major performance hiccups. Placing first in your skill level in any multiplayer mode earns bragging rights, though there’s extra prestige in store for excelling in the new Leagues modes. These developer-curated matches operate on a schedule with a Spectator mode in tow. That means increased stakes and pressure from having your matches streamed to large audiences.

Forza 6 also introduces rainfall and night races to the series, and these not only look outstanding, but they offer new canvases for Forza's core gameplay. It is certainly gratifying to gain a level of muscle memory from mastering the grand prix circuit at Brands Hatch, but the addition of rain practically transforms it into a new track, and another rewarding pursuit. The new droplet-saturated cockpit view during a rainy race is even impressive enough that it may win over people who prefer to race with an exterior camera. Of course, these new weather effects introduce difficult driving conditions, such as hydroplaning, but when the view is this nice, you don't mind if your tires have a little less grip--you're just happy to be there. It's worth noting, however, that these conditions are static in their nature. The level of downpour does not vary from race to race, and the puddles in various tracks will be the same size, at the same location, in every outing. Other attractive touches complement Forza 6's realistic flourishes, from the dust specks that get on the camera, to pesky dashboard reflection during sunny races. As with every Forza before it (and Forza Horizon for that matter), you can’t be too hard on yourself for letting a scenic vista or a stunning sunset distract you from the task at hand.

One of Forza 6’s best new features is a modifier system that seems to be inspired by Halo's Skulls, with Mods that offer positive add-ons and reward-driven challenges. Whatever your set-up, Mods add flavor to the routine of gunning for first place. Closing the gap between the leader is tough enough, but activating a Mod that gives you bonus credits with every Perfect Turn is a tempting enough challenge to take you out of your comfort zone. Such multitasking sensations brings unexpected and appreciated depth to Forza 6. Rather than altering the core designs of Forza racing, these Mods complement it. It’s not unlike having another sub-menu of options you can toggle to further personalize your playthrough.

Starting with Forza Motorsport 4, the series' partnership with the Top Gear brand has only enhanced the series’ automotive-fetishization. Things are different this year, however; former Top Gear co-host, Jeremy Clarkson, is no longer associated with Top Gear or Forza. In Clarkson's absence, the familiar James May and Richard Hammond continue to bring their own witty personalities to the introductory sequences of myriad modes and race types. Just don't expect to hear them introduce every one of Forza 6's 460 cars in the virtual car showroom, Forzavista.

Forza 6's flaws are few. The pre- and post-race visuals as well as the replays still run at less than 60 frames per second. While maxing out at 30 frames per seconds didn’t hurt the likes of Forza Horizon or Grid 2, going back and forth from the smoothness of a race to the less than fluid scenes at the pit in Forza 6 is off-putting. Then there are the low-resolution liveries, which look great when these designs are tearing up the track at 150 miles per hour, but look less than stellar in the showroom.

As merely the second installment for the Xbox One, Forza Motorsport 6 not only keeps up with the high bar set by Forza 5, it capitalizes on that foundation of quality. The Mod system and the weather effects are reasons enough for Forza 5 enthusiasts to seriously consider this sequel and the abundance of difficulty and assist options makes Forza 6 an immensely accessible driving simulation for newcomers.

View Comments (703)
Back To Top
8
Great
About GameSpot Reviews

Miguel has put at least 200 combined hours into the last three Forza games, including Forza Motorsport 6, where he spent over 30 hours in career mode and multiplayer races. 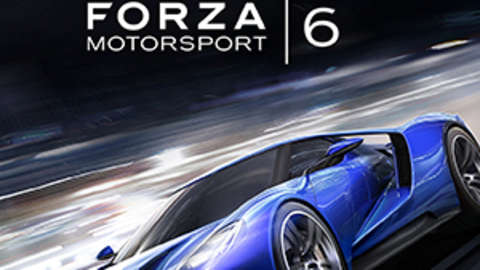 Experience unrelenting action in the most beautiful and comprehensive racing game of this generation. Collect, customize, and race over 450 Forzavista cars, all with working cockpits, opening doors and full damage. Compete in epic 24-player races across 26 world-famous locales. Master wet weather and night racing on your road to victory.