Mount Panorama is a treacherous circuit, but at the crest of its dizzying 174-meter climb is a view of the Australian countryside so gorgeous that for a few fleeting moments all that exists is you and the howl of a roaring engine. Moments like this are what make Forza Motorsport 5 so special. This is a game that expertly captures the bond between car and driver, improving on a world-class racing simulation with just as much human touch as technical wizardry.

Nowhere is that more apparent than in Forza 5's redesigned career mode, where the hosts of Top Gear serve as entertaining guides through all manner of automotive styles and eras. It's a format made up of dozens of mini-campaigns, each focused on a specific class of vehicle, ranging from vintage touring legends to hot hatches to modern hypercars. It's a much more a la carte approach than previous Forza games: each series is unlocked from the start, lasting between one and two hours each. You're given the freedom to progress through these themed categories in any order you wish, the only limit to what you drive next being the number of credits in your virtual bank account.

With this approach comes the freedom to navigate your own pathway through the history of motorsport, but with an overarching progression of credits and RPG-style leveling that encourages you to continually poke through Forza 5's eclectic selection of vehicles. It's a career mode made even better by an expanded Top Gear partnership that takes the form of narrated voice-overs preceding each series. Whether they're playfully mocking the third generation of Ford Mustangs or recounting the rivalry between James Hunt and Niki Lauda during the 1976 Formula One season, Clarkson, Hammond, and May shine as automotive historians. Their entertaining yet informative prologues lend both context and humor to every category of car you choose to spend time with.

That same flair for personality can be seen in the new drivatar AI system. The idea is that each car you compete against throughout your career is modeled after a real player's driving habits, a sort of cloud-based doppelganger meant to reflect how aggressive a person is in the pack or how well they can negotiate the trickiest of chicanes. Exactly how accurate these portraits are is up for debate, but the system does succeed in filling each 16-car grid with distinct personalities, drivers whose tendencies you can never take for granted. Their mistakes are far less predictable than the vanilla AI of previous games--especially when you reduce their penchant for aggression by climbing the ladder of eight difficulty settings--making those moments you capitalize on their errors that much more rewarding. There are odd AI hiccups here and there, like when they side-swipe you in the straights for no apparent reason, but such goofs are rare and nothing that a quick tap of the rewind button can't solve.

This is a game that expertly captures the bond between car and driver, improving on a world-class racing simulation with just as much human touch as technical wizardry

All of this amounts to a career mode that feels more lively and personable than anything Forza has done in the past. There are faults, though. A sense of repetition can creep in thanks to a track list roughly half the size of that found in Forza 4, already a game that carried a profound sense of environmental deja vu. But those tracks that did make the cut have received the full next-gen treatment. Classics like Laguna Seca and Silverstone are significant improvements over their prior iterations in terms of both look and feel, bristling with race day atmosphere and up-to-date tweaks to track layouts. And then there are the new circuits: the sloping forest hills of Spa-Francorchamps, the classical European streets of Prague, and the demanding ascent of Mount Panorama. These excellent additions don't remove the sting from the modest track count, but they do serve as wonderful complements to the stable of well-updated classics.

Easier to forgive is Forza 5's reduced car count. While smaller overall, this is the broadest assortment of vehicles the series has ever seen, highlighted by the introduction of open-wheel Formula One and IndyCars. Piloting a 750-horsepower Lotus E21 mere inches above the asphalt is an experience every bit as exhilarating as it is terrifying, making you feel as though any switch on that cockpit could send you rocketing into outer space. But whether you're cruising around in a Ford Focus or a McLaren P1, every car in the game's catalog looks absolutely remarkable--both in their pristine showroom forms as well as those post-race close-ups where flecks of grime litter the exterior and scratches adorn the disc brakes.

Indeed, Forza 5 has hardly forgotten its roots as a racing sim known for its staggering dedication to realism. Improved tire physics give you a better sense of your car's shifting weight as you barrel through sloped corners, while a clever implementation of the Xbox One trigger rumble delivers valuable haptic feedback about your current traction and stability levels. But as with previous games, Forza 5 is only as demanding as you want it to be. A generous collection of driving assists allows you to settle into your own personal comfort zone on the track, with rewards for ratcheting up the difficulty and penalties for overusing the rewind function.

But a steadfast dedication to racing physics is only part of the story. Forza 5 is a game brimming with audiovisual flourishes, little touches that elevate the driving experience just as much as the underlying science. The way sunlight comes flooding through your windshield as you race across the Prague circuit's cobblestone bridge, or the excellent orchestral soundtrack that makes each race feel like the climax of a James Bond movie--Forza 5 is an absolutely beautiful game full of immersive detail. And nowhere is that more visible than in the remarkable cockpit views, where intricate stitch work and high-resolution textures serve as rich palettes for the game's drastically improved lighting effects. Even the Dolby cassette deck on a '92 Golf GTi is a thing of beauty.

Forza 5 goes out of its way to ensure that every feature carried over from previous games has seen meaningful improvements. The Autovista mode that debuted in Forza 4 (renamed Forzavista here) has expanded from a handful of cars to the game's entire roster, making it easy to lose time ogling your latest purchase from every conceivable angle. Rivals mode remains an exciting means of challenging your friends' best lap times, but now it has been fully integrated into the career mode so that you're automatically presented with a new lap time to beat even as you're racing your way toward your next extravagant supercar. Even the livery editor has been expanded with new vinyls and surface materials, giving you the opportunity to defy all that is holy by designing a wood-grain Ferrari 458 Italia, or a Lexus LFA made entirely of brushed copper.

Unfortunately, I had limited access to Forza 5's multiplayer in the game's prerelease review state, with only the option to choose between a pair of hoppers for A- and S-class cars respectively. But my time competing against other players revealed a stable networking environment (thanks in some part to the game's dedicated servers, no doubt) and a lovely matchmaking system that lets you tinker around in any mode you please while it searches for an acceptable match.

All of this combined makes Forza Motorsport 5 an outstanding improvement to an already excellent racing franchise. It's far more than just a great racing sim, or a gorgeous showcase for the types of feats the Xbox One hardware is capable of. This is a game built on the romantic thrill of motorsport in all its forms, and that love for its subject matter is all but impossible to resist.

View Comments (1391)
Back To Top
9
Superb
About GameSpot Reviews

Shaun McInnis learned to drive using his mother's Ford Aerostar minivan and has been compensating for it with racing video games ever since. His driver level currently stands at 48 and counting, having played mostly on the highly skilled drivatar difficulty level. 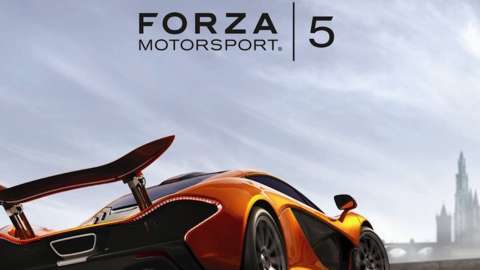 Forza Motorsport 5 is a racing game for the Xbox One from developer Turn 10 that was revealed at the Xbox: A New Generation Revealed event.