However sacrilegious, the ability to launch a Jaguar over a hill and into a cornfield with no risk of mechanical damage is one of the reasons why Forza Horizon 3 is such a blast. As with every well-made open world, Horizon’s lands are rife with distractions; in this semi-fictionalized setting of Australia's Pacific coast, every mile between you and your presumptive waypoint can feature dozens of detours. Before you know it, you’re up five levels, 1 million credits richer, and you still haven’t arrived at the music festival that you meant to reach an hour ago.

Developer Playground Games expands upon the previous game's regional hubs--glorified garages and showrooms to buy new cars--and turns them into their own festivals. Imagine a multi-stage music gathering like Coachella or Glastonbury, except you have to drive five miles to get to the closest tent. Sure, it’s unrealistic, but so is this series’ conceptual marriage of music and cars.

To fit new fans, your handler, Keira, advises you to expand your festivals from time to time. Doing so unlocks more driving events in a festival’s respective region. Whereas the last Forza Horizon’s main campaign path was the completion of tournaments (and is still a substantial mode this time around), there’s a new emphasis on gaining followers in order to open up more events. A single region can offer at least 50 activities by the time you’ve maxed out its potential. Combine all four regions, and you have a campaign that rivals Burnout Paradise's generous to-do list.

Many racing games in the last decade have cleverly crafted single-player narratives around building the player’s reputation. This has been used to attract fictional rivals and grow an imaginary fan base, the latter being the crux of Forza Horizon 3's main path. It takes the reputation game to its next evolutionary step with a lesson in Branding 101. Without blatantly using the term “influencer,” some of the most effective fan-growing events are themed on positive public relations. No joke--these sections are actually called “PR Stunts.” Once you finish rolling your eyes and accept that it’s a sign of the times, you can look beyond the propagandist window dressing and simply focus on the objectives, such as stringing together stunts or executing a single vehicular feat.

Like Forza Motorsport, Forza Horizon 3’s point-to-point or circuit competitions are never bereft of split-second moments of gratification, whether it’s shaving off a tenth of a second through drafting or executing a sublime drift. Placing first is, of course, the traditional goal, but you can’t underestimate the thrill of making a clean pass against a competitor, even if it’s to avoid placing last.

Forza Horizon 3 transcends the genre’s classic reward designs by pummelling you with dopamine hits well beyond the 12-car races. It’s not unheard of to gain a level, unlock a perk, expand a festival, and obtain a new car in the span of seconds. This can occur at any time, whether you’ve just completed a championship or simply avoided traffic while jetting down the highway. This is what happens when you add a fame-based component to an already robust reward system that includes the previous games’ level progression and skill trees that recognize risky behavior.

It’s especially compelling if you can get a well-rounded car into a vineyard and spend the next 30 minutes laying waste to grape plantations with e-brake drifts to earn skill points. The skill tree has tripled in size for this Australian excursion. Along with the perks that enhance the ability to get more perks (e.g., improved skill point multipliers, longer skill point chains), you can purchase XP and earn bonuses that ultimately lead to new cars.

Forza Horizon is known for taking sensible liberties in its real-world locations. In Forza Horizon 3’s case, that means being able to drive from Surfers Paradise to Byron Bay in 90 seconds, normally a little over a one-hour drive. Real-world locales like the Kiewa Valley and the Twelve Apostles also litter this eastern region of Oz. It’s a pleasingly subdued version of Australia rather than a caricature of it. There’s no risk of hitting kangaroos, and the local hosts don’t spout slang in every line of dialogue. There’s a generous helping of lush forests and open fields set to the often-gorgeous backdrops of weather and day/night cycles. Those who miss the Out Run-inspired coasts of Italy and the French Riviera of Forza Horizon 2 also get an adequate stretch of shoreline. In short, you won’t ever run out of photo opportunities.

After Colorado and Mediterranean Europe in the first and second games respectively, the shift to Australia is fitting for a driving series that has now made room for more off-road competitions. You have to think 50 yards ahead when planning a dirt jump in a Hummer-like Lamborghini LM002. Your landing, however bumpy or misplaced, can mean the difference between maintaining the lead or fighting to escape last place. The natural unpredictability of off-road driving is a stimulating accompaniment to the more structured asphalt races.

Forza’s three-year-old Drivatar system has proven itself as a viable alternative to traditional catch-up or rubber-band AI. Supplanting generic names with those of your friends and their driving behaviors puts a spin on asynchronous multiplayer. What’s surprising about Forza Horizon 3 is the wealth of social options without your friends’ real-time presence. Familiar features like leaderboards and clubs are now joined with modes that let you curate your own shareable championships and special events using templates.

These forms of asynchronicity are so persistent--including the option to race a friend’s Drivatar during freeroam--that it’s sometimes easy to ignore Forza Horizon’s 3’s online component, despite the return of King and Infected modes, as well as a capture-the-flag-style mode called Flag Rush. For the most part, they’re worth trying out, if only to help friends (and yourself) knock off campaign objectives. The trade-off? Races and adversarial modes can feel like a hassle at the first sign of rubber-banding or lag, which was evident during a number of pre-release online sessions.

For a game series that associates itself with ever-popular music festivals, it would be an embarrassment if there wasn't a kickass music playlist, and Forza Horizon 3 doesn’t disappoint. The return of Chvrches’, a band that stood out in Forza Horizon 2, accentuates the near-utopic vibe of this spin-off series. Some events have their own pre-chosen song to fit a given moment. It’s hard to beat listening to Richard Wagner while making an epic 500 foot leap into a gorge or hearing Night on Bald Mountain when racing to a haunted house. And thanks to Crazy Taxi, listening to the Offspring during a timed driving contest makes for a sweet trip down memory lane.

The PC version of Forza Horizon 3 benefits from being able to adjust myriad visual options; you have flexibility in optimizing things like lighting, detail, and anti-aliasing. It can be a demanding game, but even a three-year old Razer Blade laptop can run Forza Horizon 3 with performance on par with the console version. High-end graphics cards let you experience Forza Horizon 3 at speeds beyond the Xbox One version’s 30 frames per second, complemented with vibrant lighting and smoother blur effects. It’s not enough to make me regret spending my first 25 hours on Xbox One, but it’s conceivable that the rest of my treks around Playground’s vision of Australia will be exclusively on PC.

With Forza Horizon 3, Turn 10 and Playground Games affirm the series’ status as the driving game for everyone. The new emphasis on off-road options isn’t at the expense of traditional races, thanks to the sheer volume of activities. All the while, Playground Games’ calculated kitchen-sink design philosophy and rich reward system persistently tempt you to explore beyond your comfort zone, whether it’s gifting your first Ariel Nomad buggy or reminding you that stunt races can impress thousands of fans. Enhancing your own brand might feel like a strange motivation to hit the road, but pulling off sick e-drifts on a mile-long series of curves makes the PR work worthwhile.

View Comments (498)
Back To Top
9
Superb
About GameSpot Reviews

While exploring all of Forza Horizon 3's modes, Miguel took 20 hours to complete the festival component of the campaign. He’s still crossing his fingers for a Forza Horizon set along the Pacific coast of California, Oregon, and Washington. At least that would be less cliched than setting a Horizon festival in Ibiza. Microsoft provided GameSpot with complimentary download codes for the purpose of this review. 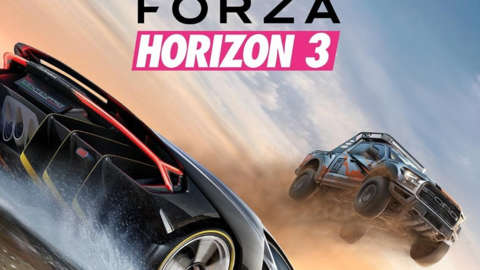 You’re in charge of the Horizon Festival. Customize everything, hire and fire your friends, and explore Australia in over 350 of the world’s greatest cars. Make your Horizon the ultimate celebration of cars, music, and freedom of the open road. How you get there is up to you.