Football Manager Handheld lacks the depth of its PC and Xbox 360 counterparts, but can be enjoyed in short bursts or played for hours at a time.

Sports Interactive's Football Manager series has a long and distinguished history that dates back to 1992, when Championship Manager was released for the Atari ST and the Commodore Amiga. The original game was text-based, had no sound effects whatsoever, and didn't feature real player names, but it was enjoyable nonetheless and attracted a fiercely loyal (if not very big) fan base. Now, almost 14 years, several sequels, and a title change later, Sports Interactive's great football-management games regularly top PC sales charts in Europe and are widely considered to be the benchmark against which all other sports-management games are judged. Can a database-driven sports-management game that's occasionally mistaken for a particularly colourful spreadsheet really work on the PlayStation Portable, though? You bet.

When you start a new game of Football Manager Handheld, you can choose to manage just about every professional club team imaginable from England, France, Germany, Holland, Italy, Scotland, or Spain. There's also a random team option available, though you'll you certainly find the game a lot easier to get into if you're already familiar with your chosen club and have a good knowledge of the real-life players on its books. Opting for a famous team like Chelsea or Real Madrid, with loads of resources at their disposal, might seem like an obvious decision, but you should bear in mind that the expectations of the boards and supporters at those clubs are going to be sky-high. If you choose to take Mourinho's job at Chelsea, for example, your new bosses will "expect great success in every area" in the coming season, and will make around 50 million pounds available for you to spend on players. Join a smaller club, though, and you might simply be expected to "battle bravely against relegation" or "attain a respectable league position," and you'll have very little money to play with. Different teams make for a very different experience, and while winning trophies with a team full of superstars is fun, there's a lot to be said for leading an underdog to glory.

Once you've taken control of your chosen team you'll be taken to the home screen, from which you can check your e-mail messages, peruse the transfer market, tinker with your team's starting 11 and tactics, and see how your performance as a manager compares to those of your contemporaries. Although they're easy on the eyes, the numerous menus and submenus can look a little daunting at first--they're surprisingly easy to navigate, though, using the directional pad in conjunction with context-sensitive face buttons. The left shoulder button serves as a "back" button as well, which speeds things up considerably when you're moving back and forth between screens trying to finalize your starting lineup before a match or comparing players on the transfer market to your own.

Every player in Football Manager Handheld is rated on a scale of 1 to 20 in no fewer than 17 visible attributes. Ratings for skills such as crossing, tackling, teamwork, and stamina can tell you a lot about a player, but since there are also a number of invisible attributes at play in the background, the only way you'll ever really get to know a player is by having your scout check them out or by seeing them in action yourself. If you rush in and sign a new player without first checking him out you might find that your new star is ready to give up any time your team goes a goal behind, for example, or that he has a penchant for starting trouble with other players in the dressing room. The transfer market is arguably one of the most engaging things about Football Manager Handheld, and there are few things more satisfying than seeing a teenager that you plucked from some unknown team making a name for himself (and perhaps money for your club) on the European stage as a result of the training he received under your management.

You don't actually get to "see" players in Football Manager Handheld, of course, because matches are played out using little more than a coloured bar representing the two teams' recent possession and text-based commentary. It's a virtually identical system to that employed in the Championship Manager games of old, and while it might sound prehistoric to any of you who aren't familiar with the series, fans would argue that the games you see being played out in your head while reading the commentary and checking your players' stats are often superior to those that you see being contested by polygonal teams in other management games. In that regard, Football Manager can be likened to reading a good book, while some other management games might be compared to watching a movie that's based on but just isn't as good as that same book.

It's disappointing that the game's only sound comes courtesy of a clicking noise when you're navigating menus, but the lack of other audio does mean that the UMD never needs to be accessed once the game is loaded, which means the battery lasts a lot longer. Football Manager Handheld also has the unique distinction of being a game that you can play (watch) for so long without touching anything that the dim-screen screensaver sometimes kicks in midmatch.

Once your list of player names and statistics steps out onto the pitch, you'll find that matches offer the same kind of emotional roller coaster that you might experience as a real-life fan of the sport. Goals are disallowed, players are sent off, penalty appeals are dismissed, and nasty tackles can see your best players relegated to the injuries list for months at a time. The danger with any sports-management game is that you can simply settle on your preferred formation, lineup, and tactics at the start of a season, and then do little more than press "start" ahead of each match thereafter. This simply isn't the case with Football Manager Handheld, because in addition to the aforementioned red card and injury dramas, many players will need to be rested regularly, will be called up for international duty, or will simply have bad days.

Football Manager Handheld doesn't come close to offering as much depth as its PC and Xbox 360 counterparts, but given how long it takes to play those games properly, that's really no bad thing. Football Manager Handheld is a game that can be enjoyed for 10 minutes at a time or 10 hours at a time, and while some kind of multiplayer content would've been welcome, the single-player game is such that you'll likely still be in charge of the same team a year or two from now. If you're a Football Manager veteran, you'll find plenty that's familiar here, and if you're a newcomer to the series, this handheld "light" version of the PC favourite is a great place to start. 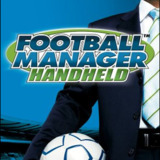 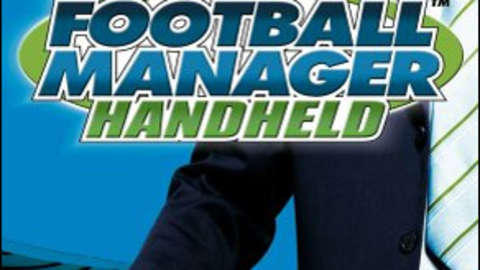 Football Manager 2006 is a soccer management game that lets you make key coaching decisions to lead your team to victory.