A host of significant additions make this the most exhaustive, but also the most streamlined, Football Manager to date.

The first thing you do is pick a team. After that, anything could happen. It's one of the beautiful things about the Football Manager series--every game is different, every player plays differently, and every team provides a different challenge. By focusing on stats and raw data, Sports Interactive has distilled the beautiful game down to a form that has created a 20-year line of addicts. Addicts who want more detail, more leagues, and more chances to turn an underperforming minnow into a blossoming goliath of the game.

It's odd, then, that--in a gesture of what is likely supreme self-awareness--Football Manager 2013's biggest new feature is Classic mode. Designed to streamline the playing experience for veterans and provide an extra helping hand to newcomers, Classic mode is seemingly an admission from the developers that the core game of Football Manager is perhaps becoming too big, too complex, and too time-consuming for anyone with a job, partner, and/or need for sleep (or, at the very least, aspirations to experience such things).

Without exaggeration, it's possible to complete a season of Classic mode in a day or less. This is largely thanks to reduced levels of media interaction, the complete removal of team talks, and the option to auto-resolve matches, taking you straight to the end of each game and displaying the final result in a matter of seconds. This may sound like Football Manager for Dummies, but to think of it in such a way is to do the mode a great disservice. Yes, you can fully simulate matches in seconds and completely remove yourself from player training schedules, but success and failure still ultimately rest on the work you put in over the days leading up to each match, and whether your team actually wants to play for you. Classic mode or not, good and bad managers still exist.

Underpinning Classic mode is the same set of algorithms and painstakingly categorized data that sits at the foundation, meaning the same level of flexibility is afforded to you when it comes to judging, buying, and selling new members of playing and backroom staff. For anyone who has stuck with the series year after year, seeing the same depth of information presented and harnessed in a slightly different way can be initially quite alarming and raises more than the odd question about why this mode is being introduced at all, and whether the game will be streamlined further from here on out.

It's a valid concern, and one that will no doubt split the existing Football Manager community in two--some will appreciate the time saved; others will see it as a threat to the full game they love. Unfortunately, there's no answer at present, but expect to see more resources being sunk into Classic mode in the future if players take to it in a big way. Future concerns aside, though, Classic mode is an excellent addition that makes it easier to get stuck in the world the game creates and a demonstration that, even after 20 years, Sports Interactive still has new ways to introduce us to its offspring.

Accompanying Classic mode in the "new ways to play stakes" is Challenge mode, which features challenges aimed at testing your managerial abilities under various adverse circumstances. The Challenge mode menu suggests that these feats of football wizardry range from easy to hard, but in reality they range from hard to sadistically hard. One challenge asks you to save your team from relegation. Sounds easy enough. Until you load a game up and realize that you start 21 games into the season and 17 points from safety. Another asks you to go through an entire season undefeated, while yet another demands that you meet the chairman's start-of-season expectations with a team so riddled with injuries that you wish you could suit up yourself in a bid to provide options at center back.

Like Classic mode, the challenges offer a new way to play and make it possible to live an entire story in a single sitting. Despite their uncompromising difficulty, the fact that you're presented with such a clear and direct goal makes the experience extremely rewarding when you get it right. It promotes a different way of approaching the game, knowing that you don't necessarily need to worry about next season and beyond--all you need to worry yourself with is what the best strategy is for the next game and this season. In an odd way, the constraints of the challenges are liberating in their narrow focus.

Classic and Challenge modes are joined by a wide selection of significant and welcome improvements to the main, full-fat game. In a neat juxtaposition to the streamlining demonstrated by Classic mode, the main Football Manager 2013 experience is meatier and more sophisticated than it has ever been.

Matches are more interactive and feature many more options for you to alter the course of a game than in the 2012 version. Throughout each encounter your assistant provides tactical hints in the form of Twitter-like messages in a new sidebar. These messages range from observations about which opposing players are looking dangerous to notes about which of your own players are looking tired and whether or not your long ball strategy is working. How you react to this information is completely up to you--you can ignore it and have faith that things will work out in the end, act on it directly by making a sub, or act on it less directly by changing up your tactics.

The assistant manager notifications are especially helpful for those who opt to play games in commentary-only mode, or at least observe only key highlights or goal replays. No longer does it feel that not watching the game live by way of the 3D match engine--which is now smoother and more varied--means that you miss out on useful information that could aid your progress up the league. The hints not only add further realism to your job as manager, but are a real time saver.

Assistant manager comments come bundled with another match-day feature that allows you to react more quickly than before, and with minimal effort. New pulldown menus let you make quick substitutions and team mentality changes (from defensive to all-out attack and everything in between) without having to resort to the data-heavy tactical screen. There's now less excuse than ever for not reacting quickly enough to the mountain of data being churned under Football Manager 2013's hood.

Still, there are a couple of areas that would benefit from further refinement. During interactions with the media, you now have the option of speaking in the same range of tones available to you during team talks. This means you can answer questions in a passive, calm, aggressive, or other manner during press conferences, the idea being that your tone goes on to affect your players, the media's perception of you, and how you're viewed by your peers.

In reality, the tone has little noticeable impact aside from news reports noting how you reacted to certain questions. It's one of those cases where the feature is fun for a while, but eventually you give up using it because your time could be better spent focusing on something that really matters.

By contrast, different tones in team talks can change a player's morale drastically. Having two similar systems that result in such different outcomes can, at times, make things feel inconsistent and unpredictable--then again, that unpredictability could well be a design feature implemented to more closely simulate the prima-donna players who have infiltrated today's game.

Despite the negatives, Football Manager 2013 is still the best example of the series yet. Classic mode is arguably the biggest single addition the series has ever seen, and it speaks volumes about the self-awareness and skill of the game's designers that it works as well as it does on this first iteration. Whether you buy into the idea of a more streamlined Football Manager ultimately depends on how hardcore of a player you see yourself. Whatever the case, the mere fact that there's a legitimate entry level for newcomers can only be a good thing and will surely lead to even more armchair managers in the years to come. 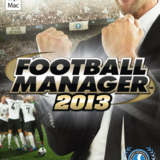