When it's at its best, Final Fantasy X-2 is every bit as poignant, endearing, and engrossing as its forebears.

After more than 15 years, the Final Fantasy series has practically become a genre in itself, complete with its own distinctive gameplay elements, rules, and traditions. One of those traditions states that every game in the series stands alone as a self-contained story with a unique setting, plot, and cast of characters. So the release of Final Fantasy X-2 is notable and novel not only because it's a sequel to a sequel (oddly enough), but also because it is, in fact, the first time Square has broken its custom and continued the storyline of an entry in its most hallowed RPG series. This venture into sequel territory isn't the only way FFX-2 diverges from the norm, and though some of its breaks from tradition aren't as well done as you might hope for, the game is still a very solid and entertaining RPG that any fan of the genre should play.

Many words have already been written about Final Fantasy X-2's rather interesting, new tone, but it's such a strange shift that the topic bears repeating yet again. 2001's Final Fantasy X had a very typically Final Fantasy flavor--subtle and a little melancholy, with a story that focused on love and loss as much as on saving the world. X-2, on the other hand, comes roaring out of the gate with an upbeat concert sequence starring everyone's favorite summoner-turned-pop star, Yuna. Pop star? Indeed, Yuna's character has undergone a bit of a rewrite in X-2. It's two years after the defeat of Sin, and the fabled Eternal Calm has come to Spira. Though the constant threat of attack is gone, this newfound peace is made uneasy by competition between rival factions, each vying to bring Spira's new era under its own control. Amid these circumstances, Yuna is still as thoughtful and introspective as ever, but she's traded in her robes and staff for short-shorts and a pair of pistols by joining the Gullwings, a trio of 'sphere hunters' that includes FFX alum Rikku and a tough, new fighter named Paine.

Together, the three girls are scouring the land of Spira in search of spheres, which are video-recording devices that document the history of the world. Sphere hunting is all the rage in Spira, so the Gullwings will have a fair amount of competition right from the beginning of the game. In true Final Fantasy style, the storyline soon grows to encompass a world-threatening danger, and you'll get caught up in the political turmoil between competing factions. FFX fans will mostly find the liberal references to the previous game's story and characters heartening rather than hokey, and by the end of the game the story will come full circle and link up with events seen and described in Final Fantasy X.

Probably the single most interesting thing about Final Fantasy X-2's gameplay is the decidedly un-RPG-like way that it unfolds. You start out aboard the Celsius, the Gullwings' airship, and you're immediately given access to just about every area in the game (most of which will be familiar to FFX fans). The game is broken into five chapters, and every area contains at least one interesting task or story piece to experience per chapter. FFX-2 is sort of a make-your-own-RPG in that you can go just about anywhere in any order you wish. You only have to complete a handful of missions to advance to the next chapter, and the areas with relevant story goals are denoted by a "hotspot" label on the area select screen. This setup effectively makes the majority of FFX-2's content optional, although to ignore the side missions is to miss out on a lot of items and some rather significant pieces of the storyline.

Unless you've got a strategy guide on hand, determining what you'll find at a given location at any point in the game is a crapshoot. Some of the missions will provide you with important dialogue scenes that help your understanding of the plot or pay homage to the previous game, while others come off as downright silly and a bit tacked on. FFX-2's free-form approach to game progression is novel, but it lacks the singular narrative thrust of FFX or other typical RPGs, and the storyline can feel a little nebulous and disjointed as a result. Consequently, you'll feel compelled to visit every area in every chapter in order to get a firm handle on the game's plot. Though it's possible to blow through the game in about half the time of many RPGs, players with a serious interest in the storyline and obtaining the best items will find that FFX-2 is about as long as its predecessor. In short: The importance of the "optional" content in the game can't be overlooked.

The mechanics of Final Fantasy X have been completely rewritten in X-2. The gameplay revolves around a form of the job system seen in previous games, although this time the jobs are embodied in snazzy new costumes for the girls. You'll find "dresspheres" throughout Spira that enable new jobs, and each of the three characters can switch to any of these jobs at any time. As you level up, you'll learn new abilities in your chosen jobs, and you can switch midbattle at any time to access these abilities. Naturally, some of the jobs are more useful than others--you'll spend a lot more time with warriors and black mages in your party than gamblers and trainers--but overall they strike a pretty good balance, and with the proper leveling up you can build a well-rounded party with a lot of variety.

Final Fantasy X's combat had a measured, deliberate pace, but the active-time battle system in FFX-2 is the most active in the series' history. The game's battles flow at an extremely quick rate, almost so quick that it can be hard to keep track of everything (though config options allow you to slow things down to suit your tastes). The girls snap off their attacks almost as soon as you issue their commands, and this quasi-real-time element allows for a cool but simple chain combo mechanic. If you can manage to time your attacks and spells so that they hit within about two seconds of each other, you'll notice a combo indicator pop up along with an attendant and considerable bonus to damage. This chain combo system adds a little extra "oomph" to the battles that makes them even more entertaining, and it's a welcome addition to the combat system.

A good number of the missions in FFX-2 have you focusing on the Final Fantasy basics. That is, you'll spend a fair amount of time crawling through dungeons, leveling up, talking to non-player characters, customizing your party, fighting huge boss monsters, and so on. RPG fans definitely know the drill here. However, trivial minigames have been creeping into the Final Fantasy games at an alarming rate over the last few years, and in this regard, X-2 is definitely the most egregious offender in the series. Thankfully, most of the core story missions are centered on story progression, exploration, and combat, but many of the side missions contain minigames that are more annoying than entertaining. You'll occasionally pull your hair out over a half-baked shooting or rhythm action sequence that doesn't quite feel like it belongs in the game. The payoffs for enduring these diversions are often worthwhile, as you'll obtain some of the best items this way, but the minigames unfortunately break up the flow of the game more than they help to move it along.

Those hoping for a graphical overhaul in Final Fantasy X-2 will be disappointed, since it looks almost identical to the previous game. Yuna and Rikku have gotten skimpy makeovers, the character animation has improved a bit, and some of the special effects are a little nicer, but X-2 doesn't look that much better than X did two years ago. That's not to say it looks bad, of course, since FFX was a graphical showcase in its time. The constant reuse of backgrounds from that game is a little off-putting, since almost every map you'll encounter was transplanted into the new game with no changes, although the few new environments do look quite good. Square's trademark, lavish CG movie sequences are back in FFX-2 in full effect, though you won't encounter them nearly as often as you did in previous games. In fact, aside from the intro and ending movies, you'll see only a very few FMV scenes throughout the game.

The localization and voice acting in FFX-2 are outstanding. On the whole, the dialogue is very well written, and it's delivered convincingly--the returning characters' voice actors reprise their roles, and the new actors are of the same high caliber. The performance of Hedy Burress is especially noteworthy since she manages to bring the formerly somber, dull Yuna more fully to life, in accordance with the changes to the character. Finally, though many of the graphics from FFX are reused in X-2, the soundtrack is entirely new and also pretty exceptional. Many of the tracks are lighthearted fluff pieces that fit with the game's lively style, but there are enough traditionally somber and heartfelt songs to please fans of previous Final Fantasy soundtracks as well.

Gamers have long clamored for Square to continue the storyline of one of its Final Fantasy games, and with good reason. After spending a good 50 hours with a group of characters embroiled in one life-or-death situation after another, you can't help wanting more. Now the concept of a direct sequel has been put into practice, and the result is Final Fantasy X-2: a slightly uneven but still engaging game that's worthy of the revered name. The story's almost-total reliance on a familiarity with Final Fantasy X may limit its audience to those who enjoyed that game, but then, if you're into RPGs and own a PlayStation 2, odds are you've finished FFX at least once already. At its best, FFX-2 is every bit as poignant, endearing, and engrossing as its forebears, and it's this similarity to stronger games in the series that ultimately makes X-2's minor flaws forgivable.

View Comments (3)
Back To Top
8.1
Great
About GameSpot Reviews 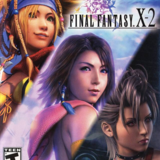