Final Fantasy VIII for the PC is a completely inadequate conversion of the attractive yet problematic console role-playing game.

Final Fantasy VIII would have looked and sounded much better if it were originally a PC game. It might look good on a television, but on the PC you'll immediately notice all the flaws in Final Fantasy VIII's graphics. The characters are made of simple polygonal shapes, and they're painted with blurry, low-resolution texture maps. The background scenery fares even worse; the game's characters look sharper and much more detailed compared with the washed-out settings throughout the game. This makes everything clash and makes the whole game look much worse than it should. You can tell Final Fantasy VIII is a beautiful game underneath it all; the composition and design of virtually every scene are of exceptional quality. The game has a cohesive cinematic appearance, consistently inventive artistic design, and remarkably high production values throughout, even though its appearance is mired under what seems like a coat of dust.

That's the problem: Although Final Fantasy VIII looked stunning on the PlayStation, its visuals seem to lose far too much quality in translation to the PC. You'll frequently get frustrated looking for the hotspot to exit a screen; then again, you'll also frequently witness some of the most impressive computer-generated cinematic sequences ever made. The game's frame rate is fairly smooth during most gameplay sequences, but it slows to a crawl whenever you're traveling between destinations on the 3D map. Even its soundtrack suffers from the translation, because it was originally designed to be played through the PlayStation's proprietary music synthesizer; but on the PC, the game's epic score just sounds twangy and annoying, because most PC sound cards are ill equipped to emulate the PlayStation's electronic instruments.

Fortunately, Final Fantasy VIII generally looks good enough that you could learn to tolerate the shortcomings of its translated graphics and sound; the characters may lack detail, but they're so vividly motion-captured that they'll captivate you anyway. But Final Fantasy VIII's greatest technical feat has to be how it manages to interpolate 3D characters onto static backgrounds that seamlessly shift into pre-rendered full motion video. There are several scenes throughout the game that blend gameplay sequences with cinematic cutscenes so seamlessly and so beautifully that it's impossible not to be impressed at the sight of them.

Though it may take some effort on your part to put up with Final Fantasy VIII's muddled visual quality, it'll be even harder to deal with how the game plays. Final Fantasy VIII features a great story that uses some of the most common, most obvious plot devices - love, friendship, time travel - and somehow manages to make them interesting and complicated, yet completely accessible and even rather plausible. But to get to the heart of the story, you must wade through countless random monster encounters and other tedious gameplay sequences that will try your patience to the very limits. Worse yet, because the PC version is a straight port of the PlayStation game, you must navigate the game's complicated menus and controls using just a keyboard or a gamepad. Yet the game's most embarrassing throwback to its console roots has to be its save-game system, which reads your hard drive as though it were a PlayStation memory card. Even so, as with the ported graphics, you might grudgingly learn to deal with the console-style controls. Unfortunately, coping with the game's gaudy and far-too-slow combat sequences will probably take a lot more effort than the game is worth. Combat in Final Fantasy VIII pits your team of characters - usually three at a time - against its enemies in a turn-based battle that forces you to respond to each turn in real time. The pacing of the combat couldn't be any worse; while the characters all animate smoothly and realistically, they go through each motion much too deliberately. You must make your moves quickly, but the moves themselves take way too long to execute. In addition, your success in combat necessarily involves becoming very familiar with the game's entirely abstract, incredibly clumsy, but nonetheless fairly interesting junction system. Essentially, it lets you bolster each of your characters' statistics by attaching particular magic spells to the particular traits. It takes a while to learn, and it grows even more convoluted as your characters gain experience and additional options and abilities, but in the end the junction system does allow for some strategic depth if you give in to learning its nuances.

As if the junction system weren't enough, each of your characters must also be equipped with a guardian force, which is a summoned creature without whom your character couldn't cast magic, use items, or do much of anything during battle. Guardian forces can be triggered in combat at any time, and through most of the game, they'll be your most potent weapons, as they inflict massive damage to all enemies onscreen compared with the damage your characters inflict with their regular physical attacks. So there's no real reason not to just summon your guardians all the time; the only problem is that each time you do, you must sit through a long animated sequence as the guardian executes its attack. The guardians' attacks look stupendous: They cast gigantic fireballs and vast showers of ice; they create floods and black holes. However, you'll have to see such sequences so frequently that you'll grow bored to death of them very soon, yet you must use them over and over anyway. Consequently, Final Fantasy VIII's combat is its least enjoyable element, as well as a very serious detriment to the entire game. Part of the problem is that the combat has very little to do with anything that actually goes on in Final Fantasy VIII. The story does little to justify the existence of the junction system or the guardian forces; similarly, the random monster encounters you'll constantly deal with have no bearing on much of anything. Your characters gain levels as they earn experience points, but you'll soon find that the monsters they face are always at an equivalent level, so there isn't even the underlying incentive that your party is becoming more powerful with each victory. Then again, if you took away the combat, you'd find that there's very little actual gameplay in Final Fantasy VIII; when you're not fighting, you're probably just reading through onscreen dialogue as you watch your characters interact. There are few occasions in which you get a chance to make a choice in the dialogue, and even fewer occasions when that choice actually has any impact. The game does have a few interesting interactive sequences in between all the talking and fighting, but they're very rare. As you play, you'll likely get the overwhelming sense that Final Fantasy VIII would have been a lot better if you could just watch it rather than take any part in it.

You could speculate as to how much better the game could have been in any number of ways, not the least of which being if it actually took advantage of the modern PC's superior power. But as it stands, there's no reason anybody should opt for the PC version of Final Fantasy VIII over the original, if only because the PlayStation game looks and sounds so much better. And if you don't already have a PlayStation, then you shouldn't even bother with the game in the first place. Its interesting story and impressive visual design aren't enough to recommend it in the face of all its ill-conceived, tedious, and irritating gameplay conventions, which are essentially impossible to deal with if you're neither a longtime fan of the series nor an eternally patient player. 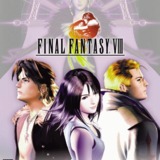