The skeptic may suspect Square of milking its big franchise for all it's worth with Final Fantasy Tactics, a game quite different from the other titles in the popular series. He couldn't be more wrong - Final Fantasy Tactics proudly bears the Final Fantasy name and proves to be yet another astonishing success in Square's PlayStation lineup. This is a work of the highest quality in every respect: From the impressive 3D terrain, to the expertly animated characters, to the gorgeous soundtrack, to the sheer volume of available gameplay options, Final Fantasy Tactics is a masterpiece.

This complex and challenging game is geared toward a more advanced audience than Final Fantasy VII. You play a young noble involved in a worldwide war, and your first duty is to assemble a team from a limited pool of amateurs. The members of your squad gain experience and job points with each successful task in battle (whether it be slashing a sword or tossing a potion to an ailing friend), and those job points can later be used to learn hundreds of new techniques including spells, defenses, and counterattacks. What's more, your troops can change occupation at your command, provided they've attained the experience to take on the new position. Soon enough, your squires and chemists will evolve into archers, monks, sorcerers, knights, and thieves. Later you'll gain access to more advanced classes like summoners, lancers, and samurai. The character classes and their properties are vintage Final Fantasy, and fans will immediately recognize such trademarks as the destructive king dragon Bahamut and the mysterious sombrero-and-blue-cloak garb of the wizard.

Final Fantasy Tactics boasts tremendous replay value for an RPG with its 20 available occupations to pick and choose from, each with dozens of specialized techniques. The alarmingly cute-looking characters belie the serious nature of Final Fantasy Tactics' thoughtful, exciting plot - you'll witness treachery upon treachery, social struggle, lost love, murder, and moral dilemma along the way, and you'll even see your character grow older and wiser over the course of the game. Unfortunately, the English translation of the original Japanese script does its worst to detain you from enjoying Final Fantasy Tactics' storyline with poor grammar and the consistently awkward use of "quotation marks," but thankfully the story itself is retained intact.Combat tends to hamper most Japanese RPGs, which thrust countless boring encounters upon you and your party as a means of padding play life and adding an interactive element to an otherwise linear plot. But in Final Fantasy Tactics, the battles are the meat and potatoes of the game - with so many kinds of characters and so many different locales in which to fight (prairies, swamps, towns, castles, ruins, deserts, and anything else you can think of), the combat in Final Fantasy Tactics just gets better and better. Often even the plot sequences in Tactics unfold as interludes during the warfare. The fights, many of which are very challenging, are presented through beautiful isometric 3D playing fields, and you can rotate the terrain 90 degrees at a time and even tilt the view and zoom out to gain an ideal vantage point on the situation. Each fighter on the battleground can move and perform one action each turn from his primary or secondary occupation. As a general rule, the more powerful attacks take some time to charge up, allowing the opponent an opportunity to either disable the assailant or to get out of his way. The combat in Final Fantasy Tactics requires much more strategy than the typical RPG, both in terms of preparation (which soldiers to send in and in what formation) and in execution (using a fast unit as a decoy, flanking the opponent, and anticipating the counterattack).

Everything fits into place perfectly. The pacing of Final Fantasy Tactics ensures that there's never a dull moment, and building experience is a real treat - whereas doing so is a chore in most other RPGs. Its outstanding symphonic score delivers an epic feel, while the stylized character designs add charm and personality. The challenging nature of this game allows for a much more serious story than most other RPGs, and the ability to customize each soldier to the extreme ensures superior play life. Role-playing games don't get a whole lot better than Final Fantasy Tactics. 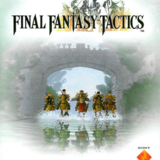 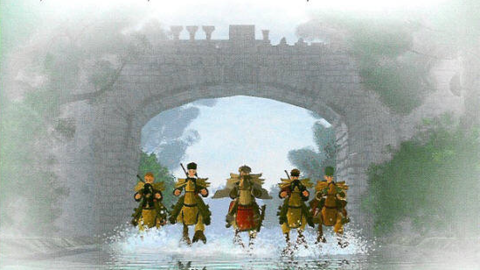