A game of two halves.

With new Kick Off modes and some welcome on-pitch enhancements, as well as the ever-engaging Ultimate Team and now the Champions League license, FIFA 19 is the most complete football video game package available. Sadly, Career Mode and Pro Clubs remain stale and are in dire need of a refresh. Regardless, FIFA is closer to representing Sky Sports' vision of football than ever--for better and for worse.

FIFA has struggled on the pitch in its past few iterations, with matches deteriorating to frustrating slogs. For years we've been unable to play FIFA like football is played in real life--instead we've been zig-zagging the ball up the pitch and abusing pacey wingers to breach the opponent's defense to swing in an unstoppable cross for an equally unstoppable header. FIFA 19's matches are more natural and more varied in the way they unfold, in large part because EA finally has all the pieces needed to make it so. Although it introduced a slower pace in FIFA 18, the newest iteration finally makes this work by tightening up players' responsiveness. Through passes work again, and they (along with player pace) seem to be in a good place in terms of balance--neither under- nor overpowered, as has been the case for too long. FIFA 19's ball still doesn't feel as satisfying as PES 2019's, but it does at least feel something like the real-life sphere it's imitating.

FIFA 19 includes new tactical options for wannabe managers to fiddle with, such as how many players you want to commit at corner kicks and whether you want your full-backs to over- or under-lap. These are undoubtedly welcome, and tactical changes in your defensive technique--press after possession loss, constant pressure, and drop off are among five options on that front--make a tangible impact in-game, allowing you to further tailor your play style.

However, the much-vaunted new feature of game plans is a bit of a mess. You can set up different tactics for various in-game situations before a match and then quickly switch between them on the pitch, but any change to one game plan, including your default starting plan, is not automatically reflected in your other four plans. So say you decide to switch your wingers over for one particular match or tweak your formation to counter an opponent's star player; that change will be lost if you change to attacking or defensive during a match. This isn't a dealbreaker of course, but it inevitably ends with you spending more time in the team management menu, which is exactly the kind of admin work this feature should have eradicated. And despite the added depth of options, the vast majority of AI teams still behave in a broadly similar (and often unrealistic) way--Wigan Athletic managing to pass their way out of my press with sublime one-touch football was a difficult one to take.

FIFA's brand of football is more physical this year, with strength becoming a far more important stat and crunching collisions feeling much more realistic. You can see and feel players battling for the ball, and goalkeepers are not quite as invincible from crosses as in previous years. Long ball tactics are slightly more viable than last year as a result--including, mercifully, from free kicks--and it feels satisfying for your target man to knock one down for your striker to smash in from 12 yards. Despite this, and the new tactical options, there's still no way to determine which players go up for corners and free kicks, meaning your 6' 6" center-back will still frequently be found on the halfway line at set pieces rather than getting his elbows out in the box where he should be. Timed finishing attempts to add more depth to FIFA's pitchwork for expert players, and while it can be a little temperamental and fiddly, it does add a nice risk-reward layer to what was an afterthought run on muscle memory.

Meanwhile, EA's implementation of the newly-acquired Champions League and Europa League licenses is excellent, with the official branding, specific commentators, and authentic atmospheres adding to the feel of this being club football's biggest event. The competition has its own mode in FIFA 19, as well as implementation in The Journey, Ultimate Team, and Career Mode, and to its credit EA utilizes the license in a much more comprehensive way than Konami ever did.

Unfortunately, that's pretty much it in terms of new Career Mode features, and this is where FIFA 19 suffers. Career Mode is the most in-depth single-player mode remaining in FIFA, and yet it has seen almost no meaningful improvements for years. This year the mode has not been touched at all, save for the implementation of Champions League, and the cracks are showing. That means you get the same "Boss, I was hoping you might be experimenting with the team?" messages; the same bugs and problems (such as the inability to loan out newly purchased players); the same typos and grammar errors in news reports; and the same lack of depth when it comes to club strategies like hiring and firing of staff or stadium expansions. Similarly, Pro Clubs is exactly the same this year as it was in FIFA 18, and it's hard not to sympathize with those who speculate around EA's shifting priorities, given how much ongoing attention the microtransaction-driven Ultimate Team receives in comparison. Frankly, two modes as big and popular as these receiving no new features or even any quality-of-life improvements is unacceptable, and EA needs to up its game in this regard next year.

Kick Off is where most of EA's offline attention was focused this year, with the introduction of detailed stats and some interesting new sub-modes contained within House Rules. These allow you to turn off fouls and offsides, turn on the battle royale-like Survival Mode--in which a goal results in one of your players being sent off--or disallow any goal not scored from a header or volley. These modes are shallow, and being available in local play only is a baffling decision, but they offer a nice change of pace for when you're playing with a friend. It's surprising how much rewiring of your football-addled brain they require; after 23 years on this planet appealing for offsides, it's quite hard not to scream "REF!!!" at the TV when my brother scores his fourth of the game, even when the traditional rules have been thrown out.

FUT's major addition this year is a new sub-mode named Division Rivals, a replacement for the now-cut online seasons mode. It's another, shorter way to qualify for the FUT Champions weekend event, and it adds to the ever-growing and -evolving behemoth Ultimate Team has become. Otherwise, Ultimate Team remains largely the same year-over-year, but the mode's strength lies more in its constant live support over the course of a season, which is shaping up to be exemplary once again. Champions cards, limited-time packs, daily and weekly objectives, special events and tournaments--Ultimate Team has something to draw you in every week, and it is truly the lifeblood of FIFA 19.

The Journey's third year sees the conclusion of Alex Hunter's story, but sister Kim and best mate Danny Williams join him in a GTA V-like three-pronged story. You can switch between the trio to play their individual storylines at any point, though there is a recommended path to follow that keeps their narratives vaguely in line with each other. Each character also has their own special features, such as Alex's choice of mentor squad at Real Madrid (spoilers!) or Danny's choice of advert he wants to take part in. The Journey's scripting and acting isn't exactly outstanding, but it remains a unique way to play, and I hope EA continues it after this Champions League special episode concludes.

Ultimate Team has something to draw you in every week, and it is truly the lifeblood of FIFA 19.

As impressive as FIFA 19's recreation of broadcast football is, there are a surprising number of details that remain inaccurate. You still don't get a fourth substitute in extra time, for example, and the double jeopardy rule--where a red card cannot now be shown inside the penalty area if a player is deemed to have attempted to play the ball--is still not applied in FIFA, despite these law changes having been introduced over two years ago now. Transfer deadline day still comes on August 31 in Career Mode, despite English clubs having the earlier close date of August 9 this season, and many teams that are not deemed one of the "big" clubs do not get third kits or away 'keeper kits. When the rest of FIFA's presentation package is so impressive, it makes these smaller, incorrect details stand out, especially when they appear to require small tweaks to fix.

It's promising that EA is listening to its community. FIFA 19 is much more responsive on the pitch than last year, and the company continues to evolve FUT to keep it fresh. However, the lack of progress in Career Mode and Pro Clubs is sorely inadequate. Thankfully, The Journey's continued entertainment, FUT's long-lasting nature, and some inventive new Kick Off modes mean I'll likely still be playing FIFA 19 by the time next year's game rolls around.

View Comments (52)
Back To Top
7
Good
About GameSpot Reviews 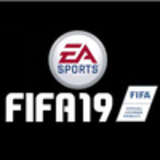 For his sins, Oscar spends most of his time attempting to get his beloved Bristol City into the Champions League. Europe in five years, here we go! Complimentary codes were provided by EA for the purposes of this review. 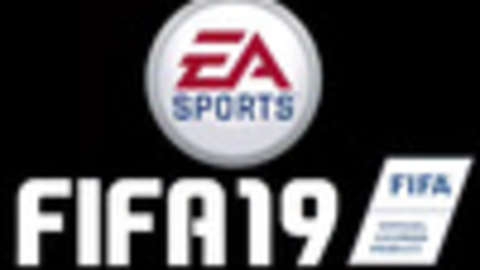 The UEFA Champions League is coming to Fifa!