FIFA 12 is the definitive football game: challenging, addictive, and with more excellent features than ever before.

Distilling the world's most popular sport into a video game isn't an easy task. Aside from capturing the atmosphere of the game--the satisfying thump of boot on football, the on-pitch dramas created between player and referee, and the ferocious roar of the crowd as the ball sails into the back of the net--there are other considerations too. Some players want to manage their teams. Others want to live out their dreams of football stardom. Still others want to put their skills to the test against the best in the world, all the while clamouring for as realistic an experience as possible. FIFA 12 lets you do all of these things and more. A new tactical defending system, player impact engine, and head-to-head seasons are just some of the excellent new features it offers. But it's the new EA Sports Football Club that's the real draw, bringing with it an addictive levelling system that pits you against the world's players, keeping track of your own progress and that of your favourite team too. Not only is FIFA 12 the best game in the series, it's also one of the most exciting, accurate, and complete sports games around.

If you're a longtime FIFA player, then the changes to defending in this year's game might come as a bit of a shock. A new tactical defending system has been implemented that drastically changes the way you play. In previous versions of FIFA, a common tactic when defending was to hold down the two "pressing" buttons, which sent players in to close down attackers and win the ball, requiring little in the way of skill. That tactic no longer works. Instead of rushing in to take the ball, your player now just tracks the attacker and remains a few feet away, keeping him held back. This system of containing the opposition requires more thought than simply sticking a leg in and hoping for the best. You have to actively time when to tackle or decide if it's better to simply hold a player back, rather than rush in for the ball, miss the tackle, and have the opposition pass.

If the opposition does get past, you now have the option of jostling them--that is, pulling on their shirt or using your player's arm to hold them back. This is a neat feature that brings the game closer to how the real-life sport is played, with new player animations making it look more realistic. Be warned, though; pull too many shirts, and the referee won't hesitate to throw a yellow, or even a red, card your way. Other improvements to the animation lie in the new player impact engine. This adds a physics system that simulates the impact between two players during tackles or other forms of contact. If you go in for a particularly aggressive tackle and slam into the player, the resulting animation is rarely the same twice, depending on the build and strength of the two players in question. Both or just one of you may end up in a heap on the pitch, while passing players leap over fallen bodies to get past. On the whole, the system works well, adding another layer of realism to the game. It's not infallible, though, and there are times when you see some comical rag-doll-physics-like animations as players flop over the pitch.

More tweaks to the controls come in the form of precision dribbling, which enable you to control the ball more accurately in close quarters. For example, when you get near the touchline, your player automatically knows he's there and retains tighter control of the ball to keep it in play. The system also affords you the ability to use small, quick touches to control the ball, letting you perform sharp turns and making it easier to beat the opposition's defence. You can shield yourself from other players while dribbling too, rather than being rooted to the spot like in previous games, giving you another way to get past defenders. These enhancements make FIFA 12 the most realistic representation of the sport yet. Scoring goals is trickier, with teams working together to implement strong lines of defence, but the game is all the better for it. You have to work harder, with a greater amount of skill required than ever before. These changes make those moments when you manage to score all the more satisfying.

You can break out your newfound dribbling and defending skills in a number of modes, many of which have carried over from last year. These include Career mode, which lets you compete as a single player working through a 15-year career; as a player manager, where you manage your team's lineup and compete on the pitch; or as a manager, where you take a backseat to the on-pitch action and instead focus on tactics and building up your squad. There's something for everyone, and if you tire of one mode, you can easily switch between them at any time to mix things up. There's also an array of tournaments to play through, from the F.A. Cup through to custom leagues and knockout tournaments.

A combination of new and returning online modes make FIFA 12 the most feature-packed version of the game yet. New this year are Head to Head Seasons and Online Friendlies. Head to Head Seasons is an online league, split into different divisions. You start in division 10, and at the end of each 10-game season your results determine whether you get promoted or, at the very least, avoid relegation to a lower division. You get three points for a win and one for a draw, with the number of points needed for promotion getting increasingly higher as you progress. Each division also has its own cup to win, starting with the EA Shield for lower divisions, through to the Premier Cup for the top tier. Tournaments for cups take place every few weeks, so you've always got another chance to compete for some silverware if you miss out the first time. Your performance is tracked too, so you can see how you compare to the rest of the online community, with a table showing you how many players are in each division.

Online Friendlies is an evolution of unranked matches from FIFA 11. While you still play friendly games against your friends, the results are tracked. Every friend you play against creates a new season, with the two of you having 10 matches in which to earn more points and beat each other. At the end of the season, the winner receives another trophy for the cabinet. This makes playing against your friends all the more exciting, particularly if you're competing in regular matches, giving you all the excitement of the ranked leagues without having to play with strangers. If you do delve into playing with random opponents, though, things have been tweaked so matches are fairer. Instead of searching for a match and then picking a club--which usually results in everyone playing as a five-star team--you now pick your team before searching for an opponent. The game automatically finds an opponent with a similar level team and takes into account your division, skill, location, controls, and Did Not Finish percentage (rage quitters beware!), ensuring that most matches are even.

Whichever mode you play in--online or offline--all your hard work is kept track of in FIFA 12's excellent EA Sports Football Club. At its simplest, the mode keeps track of your experience points, which are awarded to you in any game mode, giving you an overall level that you can compare to others worldwide. It's only when you delve deeper that the real fun begins. You can choose to support any real-life club from around the world, with your accomplishments and experience going toward them, regardless of what team you're playing as. This gives your favourite real-life team an overall position on global league tables, with the league resetting each week to allow for fresh competition. Fans of smaller clubs aren't at a disadvantage either, as scores for each team are based on averages, so even if you team's fan base is outnumbered when compared to the likes of Manchester United or Real Madrid, you're still in with a shot.

Competing to progress your favourite team up the table, even if it is a virtual one, is very compelling. Seeing your team slip down even one notch on the leaderboard is enough to spur you on to play more matches. There are also plans for EA Sports Football Club to incorporate real events from the world of football. These will include different challenges and storylines to play through. For example, if Liverpool beats Everton in the real world, that could be turned into a FIFA challenge where you could replay the match and try to avenge Liverpool. It's an interesting concept, and how well it works depends largely on any drama going on in the real world, and the ability for EA's dedicated writing staff to turn that into an interesting challenge. Integration with other FIFA games, such as on mobile devices and social networks, is also promised, letting you earn experience points regardless of which version of FIFA you're playing. And if that's not enough for you, the FIFA Ultimate Team mode that was released for previous games as DLC is now included for free too, letting you build a team of players by competing in matches and trading player cards.

Whichever mode you play in, you're treated to the slick presentation that the series is famed for. Menus are easy to navigate, the commentary is exciting and well delivered, and the visuals are as crisp as ever. It's easy to recognise your favourite players as they line up on the pitch, with official licences ensuring they sport the right kit too. And with the addition of the player impact engine, animations are more realistic than they've ever been. Excellent online modes and improved player handling further cement FIFA 12 as football at its best--gloriously deep, rewarding, addictive, and as close as you can get to the real thing without donning a pair of boots.

View Comments (8)
Back To Top
9
Superb
About GameSpot Reviews 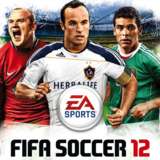