While F.E.A.R. is still a good action game, it doesn't live up to its potential, thanks to stuttering frame rates and washed-out graphics.

When F.E.A.R. originally debuted on the PC in 2005, it delivered a kinetic and spooky first-person shooter experience, capped with memorable firefights and cutthroat artificial intelligence. That same experience transferred successfully to the Xbox 360 last year. The PlayStation 3 version of the game retains the same focus on action, but lacks the level of polish and atmosphere seen in the previous two versions.

The PS3 version of F.E.A.R. is almost exactly the same as the PC and Xbox 360 versions in terms of content. You play as the newest member of the First Encounter Assault Recon, the military's top-secret task force that is assigned to deal with paranormal situations. And the mission in F.E.A.R. certainly counts as above and beyond the regular call of duty. As explained in the opening sequence, a military commander, named Paxton Fettel, goes insane and takes over a secret army of cloned soldiers that are telepathically linked to him. Fettel and the battalion of elite soldiers then go on a rampage in a nondescript American city.

F.E.A.R. strikes a balance between spooky atmosphere and electric action. The gunfights in the game are impressive. Bullets tear chunks out of concrete and wood, blinding clouds of dust and debris fill the air, bodies are torn apart or slump on the ground, and the deathly silence of the aftermath contrasts sharply with the sheer chaos that erupted only moments before. Gunfights in F.E.A.R. feel right. This is partly because the weapons you have in the game feel the way weapons should—powerful. You have the standard array of guns to play around with, including a pistol, a submachine gun, an assault rifle, a shotgun, and a rocket launcher. There's also a scoped, burst-firing rifle that's a dead ringer for Master Chief's battle rifle in Halo 2, as well as an incredibly nasty particle weapon that sears the flesh off of opponents and a few other special toys.

You've also got some special abilities at your disposal. For example, you can kill foes with a swift dropkick or scissors kick, which is such an awesome move that even when you pull it off in desperation (like when you've emptied a clip and don't have time to reload), it still feels incredibly cool. Yet, your most important ability is your ultrafast reflexes, which can be activated in short bursts to create a Matrix-like bullet time. Now, bullet time has been done to death over the past few years, but the execution of bullet time in F.E.A.R. is still well done. When you kick in the reflexes, everything else slows down, and you can see the vortexes in the air created by bullets. You can activate this ability only in short bursts before it runs out. However, because it recharges at a decent rate, you have it at your disposal in most fights. This slow-motion ability is almost essential for surviving some of the tougher battles, as you'll need it to whittle down the odds. With that said, it would almost be better if there were more of a limit on its use, because F.E.A.R. really comes alive when the firefights are shown in full speed, not slow motion.

F.E.A.R. doesn't support the Sixaxis' motion controls, and they're pretty much identical to the Xbox 360 version of the game. Thus, the PS3 version has the same issues that the Xbox 360 version did, because the controls are a bit clumsy for a game that relies on split-second reactions. Also, it's easy to accidentally toss a grenade when you mean to go into bullet time or burn a med kit uselessly instead of using the flashlight. Unfortunately, F.E.A.R. still relies on the overly hackneyed contrivance of having your elite military trooper equipped with a flashlight that has a 30-second battery life.

Without a doubt, you've got an extremely formidable arsenal at your disposal. And you're going to need it against the artificial intelligence in F.E.A.R. Put simply, these are the smartest, most aggressive, most tactically oriented AI opponents that you'll find in a shooter. The AI opponents are incredibly sharp and will do things that you don't expect, like pin you down while one of them flanks you. Or, they'll pin you down and plop a grenade next to you. These guys move around from cover to cover while communicating with one another, and they'll react to any sound or sight of you. They've got the same weapons as you, and their guns do the same amount of damage to you as yours do to them. So you've got to use cover and lean around corners as much as possible because it doesn't take much to shred your armor and health to zero. This can create situations in which you're pinned down, firing desperately to keep their heads down while trying to figure a way out of your current situation. The AI also takes advantage of the game's physics system and knocks over objects to create cover.

You'll take a lot of damage during the game, but thankfully, you can pick up countless health packs and armor kits. You can also collect up to 10 health kits for later use, which you'll use liberally to keep yourself going in the heat of battle. And while there is a way to permanently boost your maximum health level and stamina, sooner or later you'll fall to the enemy. The PS3 version includes only a checkpoint save system, which means that when you die, you'll fall back to the last checkpoint. Although there's no way to manually save the game at any point, the checkpoints are reasonably spaced, so you shouldn't run into any issues where you have to play lengthy sections over and over again.

F.E.A.R. features excellent combat, but as good as the AI is, it doesn't take too long for you to get used to taking down small groups of soldiers. And these encounters can feel a bit repetitive after a point. Because you're dealing with an army of clones, you're essentially battling the same guy over and over, which also lends an air of familiarity to your opponent. It's not until you run into the huge, set-piece battles against a dozen foes or more that things get tricky. The game does introduce a few new foes to change things up a bit in the middle of the game, but the cloned soldiers represent the opponent you'll battle most of the time. And while they're solid opponents, it would have been nice to see more variety, such as more of the high-tech ninjas that appear midway through the game. These guys can make themselves invisible with a cloak and climb up walls, and they possess the same ultrafast abilities that you do. The first time you encounter them can be a shock, and it's disappointing that they rarely show up again afterward.

The environments can also feel a bit repetitive after a while. F.E.A.R. takes place in three settings: a deserted industrial area, a deserted office complex, and a deserted, run-down urban setting. Notice a pattern? While the levels are designed to allow for wild and wooly gunfights, F.E.A.R. could certainly use more variety when it comes to environments because you'll start to feel as if you've explored the same factory or office complex for the umpteenth time. It would also be nice to have an unpredictable element in the game, such as civilians you need to protect, or at least not harm.

F.E.A.R. is heavily influenced by Japanese horror movies, most notably The Ring. In fact, the game uses many of the same kinds of visual tricks to scare you that you've probably already seen before in a movie, like the split-second appearance of a ghostly apparition when you least expect it. And while the imagery in F.E.A.R. may not be entirely original, it's exceedingly effective. The designers are smart enough to realize that less is more when it comes to building tension. There are stretches in F.E.A.R. when you don't battle anything. And it's unsettling to search abandoned office buildings only to find pools of blood or the voicemail left by family members who are trying to contact their loved ones. Then there are areas where you expect some kind of gargantuan throw-down, brace yourself for battle, but nothing happens. Because there's always some kind of noise or rattling of objects to greet you, or the fleeting image of someone in the corner of your eye, you certainly feel as if you're being watched the whole time. Admittedly, some of these tricks become a bit too familiar, but there are still enough of them to keep you on your toes. And there are a number of jump-out-of-your-seat moments in the game, as well.

The single-player story should take you a good 10 hours to get through, which is on par with other shooters. When you're done with it, there's a neat little instant-action mode that serves as a time trial, where you have to get through a level as fast as possible. Your score can then be uploaded, and you can see your ranking on a leaderboard. The PS3 version also comes with a "bonus" mission that's different from the one found in the Xbox 360 version, and it's a bit longer, as well. In this mission, you get to play as one of the cannon fodder Delta Force team members who appear in the game. Meanwhile, the multiplayer component of F.E.A.R. offers up plenty of fast-paced action, including deathmatch, team deathmatch, capture the flag, and more. A nifty twist in multiplayer is the ability to have one player control the bullet-time ability by possessing a one-of-a-kind power-up. The downside to having the power-up is that it reveals your location to everyone on the map, so you're a major target.

Unfortunately, the PS3 version takes a number of hits when it comes to presentation. Part of the problem is that it's built around a two-year-old PC game, so it's already looking very dated by the glossy, state-of-the-art standards of 2007. However, that doesn't explain the PS3 version's other issues. First of all, F.E.A.R. looks washed out and fuzzy on the PS3. This is in contrast to the sharpness and crispness of the PC and Xbox 360 versions. The lighting and shadowing effects aren't as atmospheric on the PS3 version, either. To top it all off, the PS3 version suffers from tediously long load times and an erratic frame rate that's noticeable even when there's not a lot of action onscreen. At least the audio in F.E.A.R. is outstanding. In a game that's all about making you afraid of the dark, it's often the little noises that send you spinning around, ready to blast whatever it is that made the sound. Combat also sounds glorious. You can hear almost every single noise in a firefight, such as glass shattering apart, spent brass cartridges hitting the floor, and the thud of explosions. The voice acting is generally good, though the mixing could be better, as it's sometimes hard to hear the dialogue over everything else.

F.E.A.R. provides a decent shooting experience on the PS3, but it's inferior to the Xbox 360 and PC versions of the game. There's still plenty of great action and spooky moments, but the PS3 version often feels like a port that hasn't been optimized. And while F.E.A.R. is still a good action game, it doesn't live up to its potential on the PS3. 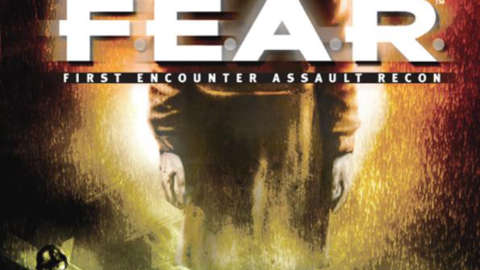 F.E.A.R. is an intense combat experience with rich atmosphere and an engaging story presented entirely in first person.