Were it not for its great boss fights and fascinating story, repetitiveness and sparse exploration might have derailed Fate/Extra.

Fate/Extra is Type-Moon's latest role-playing game based on Fate/Stay Night, a Japanese visual novel. Like the visual novel, the game boasts an intriguing story that revolves around masters whose servants do their bidding, and also includes stellar boss fights that bring the story's central struggles to life. Unfortunately, poor exploration and repetitive combat undermine the adventure. The result is a game with more novelty than substance--and more plot than gameplay. You should approach this dungeon crawler with caution.

Fate/Extra's unique story entices you to keep playing despite some cliches. After 20 years of peace on Earth, an alien supercomputer hidden within the moon has invited you to fight through a tournament for the Holy Grail, a device that grants wishes. The catch is that it's a tournament to the death--and you're a hapless amnesiac. Together with your legendary soul, a magical servant that fights in your stead, you must defeat other masters in weekly elimination battles to survive. Events leading to these fights are particularly interesting, with each opponent challenging you in different ways. Interacting with your servants is also delightful, because you're given three servants to choose from, and each exudes a different personality. The varied dialogue trees also keep things entertaining, prompting key plot decisions that affect the game's ending.

Surviving in this cutthroat world is difficult enough for any participant, but your amnesia severely weakens your servant. If you want to win your elimination match, you have to level the playing field by unveiling your opponent's techniques during the week before the fight. This investigation period is both refreshing and critical: you can unlock enemy secrets in interesting ways, such as by sparring, snooping, or stealing items. Uncovering the enemy servant's identity also reveals part of its attack pattern, which can mean the difference between victory and defeat.

In addition to scouting your enemies, you must do some exploring, but this aspect is severely limited for a dungeon crawler. You're restricted to 14 simple mazes that are a breeze to plow through, and each incorporates dull item fetch quests. Outside the dungeon, the tournament grounds are reduced to a three-story high school, so you may feel disappointed (and claustrophobic) if you're hoping to investigate a big, bold world culled from the visual novel. Fortunately, a few minibosses prevent exploration from becoming completely mindless.

A rock-paper-scissors mechanic generates some strategy in combat. You're given three maneuvers--attack, guard, and break--and each is strong or weak against another. For example, a guard maneuver counters any attack, while a break cuts through a guard. Though simple, this system hides most of your enemy's maneuvers, so you have little idea what a monster is going to do and how to plan around it. You're also limited to six maneuvers per turn and can issue commands--including heal spells--only at the turn's start. These restrictions turn combat into a guessing game that encourages you to memorize enemy attack patterns. Your servant unlocks pieces of these patterns the more often you fight a monster, which prevents the task from growing too overwhelming.

Unfortunately, several elements make combat frustrating, beginning with your need to slay the same monster a few dozen times to learn its attack pattern. These repetitive battles get tedious, and sparse enemy variety and easy mazes add to the boredom. A handful of skills apply status effects like reduced defense, and help freshen up combat, but you rarely need them outside of elimination fights. The game's restrictive save system is another downside. It prevents you from saving while you're inside a dungeon, which won't seem like a problem until you succumb to an enemy's lucky strike and need to reload. These deaths result from the sheer amount of guesswork involved in planning your actions around an enemy's unknown maneuvers, so they're almost inevitable. They're also highly vexing because they force you to replay dungeon floors due to no fault of your own.

Fate/Extra's most impressive element is its tough elimination matches. These boss battles pit you against an overpowered servant with a skilled master. Your investigation directly impacts these fights; learning everything you can about an opposing team reveals some of its maneuvers, which helps you plan your attacks. This information is useful for blocking your enemy's noble phantasm--a devastating special ability that only servants wield. As if that weren't challenging enough, elimination opponents possess much more health, drastically changing combat dynamics. If you play too conservatively, hoping to slowly peck away at your opponent's health, you die when you run out of healing items. Constantly attacking, however, leaves you open to harsh counterattacks when your enemy guards. The best way to win is to strategically guess at an opponent's unknown actions based on the maneuvers that you can see, although this admittedly involves some luck.

Although Fate/Extra's world seems fascinating, you ultimately experience very little of it. You spend most of your time running around a bland campus, with empty hallways serving as key investigation points. The dungeon is equally boring at the start, but the appearance of waterfalls and animals helps make later hours more vibrant. Character models feature colorful anime-style designs that fit the game's roots but are a bit rough around the edges. The soundtrack could also use some work; the game's saxophone-heavy background tunes are ultimately forgettable. Character voicing, which is in Japanese, relays minimal emotion. The game also fails to translate combat dialogue, so you miss out on your servant's witty battle remarks.

You spend roughly 40 hours battling your way through this tournament. You won't find much in the way of side quests or exploration, but additional playthroughs let you interact with new servants, and unraveling their secrets can be fun. A new-game-plus mode tries to boost replayability, but it falls short: only a few key items carry over to the next playthrough, making the feature moot.

Fate/Extra's gameplay faces some serious hurdles. Repetitive combat and an annoying save system test your patience, while lackluster dungeons add to the tedium. Great boss battles aside, there are simply better dungeon crawlers out there. This one may prove satisfying only for series fans. 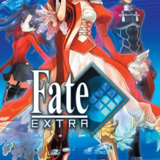 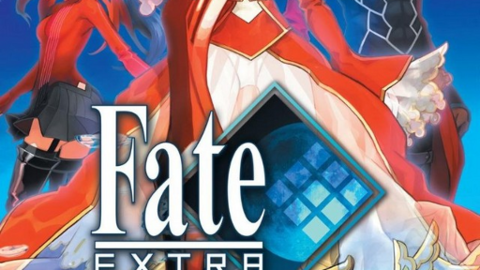 Fate/Extra is a game where you wake up in a strange virtual world with no recollection of the past as you try to figure out who you are.