There are plenty of good scares to be found in Fatal Frame III: The Tormented.

It's one thing to be all brave in survival horror games when you're able to level a rocket launcher at your foes, but when all you're armed with is an ancient camera and a well-practiced ability to gasp in terror, it's a bit more intimidating. Tecmo's Fatal Frame series taps the Japanese occult to provide chilling tales of secret rituals and the ill-fated individuals sacrificed to serve them, and Fatal Frame III: The Tormented treads the same terrible path. Enjoyment of the game's dark subject matter is diluted slightly by some awkward controls and strange pacing, but there are still plenty of good chills to be had.

Freelance photographer Rei Kurosawa is dealt a severe blow when her beloved fiancé, Yuu Asou, dies in an ugly car accident when she's at the wheel. She cloisters herself in her home, letting her able assistant Miku schedule assignments and take care of the daily chores. One such assignment takes her to a reportedly haunted mansion, and while there, she sees a vision of Yuu. This incident touches off a series of disturbing dreams where Rei arrives at a decrepit, sprawling estate, chasing the specter of her former lover. She's not alone, however, as the manor is full of other ghosts who seem a bit on the unpleasant side. One such ghost is a mysterious woman whose skin is covered in blue tattoos--she reaches out to touch Rei in the dream, and Rei then begins to wake up with similar and painful spreading designs on her own body. Apparently the dream is part of a curse, tied closely to an old mountain ritual involving sacrificing a priestess by impaling all her limbs and staking her to the ground. Needless to say, matters get increasingly unpleasant, and Rei has to fight to learn as much as she can about the history of the ritual and the dream before she gets trapped in it forever.

Fatal Frame fans will quickly recognize some familiar names and faces right off the bat. For example, Rei's cheery young assistant, Miku Hinasaki, is actually the heroine of the first Fatal Frame. Rei's deceased fiancé was friends with one Kei Amakura, a man whose niece is Mio, survivor of the second Fatal Frame game. The stories of these games, all of which have involved some kind of painful loss, fold into each other to supplement the main storyline of Tormented, where you will also play as Miku and Kei at certain points. There's almost a sense of too many stories converging, though the main theme of Tormented manages to carry them off well. And if you haven't played either of the previous games, you won't be lost, as there are plenty of supplemental materials to bring you up to speed on former events.

The camera obscura makes its return as your ghost-banishing weapon of choice here, though apparently the creator produced a number of them, and one ends up falling into the hands of each playable character. Pressing the triangle button will bring up a viewfinder mode, where you can center your view and take photos while moving at a walk. The camera's exorcismal power depends on the strength of the film you use (higher-grade film does more damage) and to some extent on which character you're playing, since different characters have variable amounts of natural spirit power. There are a few ways you can boost the oomph of the camera. One is through upgrading it by earning points as you take photos, and then spending those points on upgrades to the camera's max power, range, and charge time (each character has different camera upgrades, but they all share points). The other is by careful timing in battle itself. While you can take just any old photo of a ghost and do at least some hurt, you're going to get the most points by centering the ghost in the shot, waiting for it to get close, and then capitalizing on a shutter chance. A shutter chance turns the viewfinder red and increases the damage you do--sometimes, you'll get a fatal frame as well, which is a moment in the shutter chance when you can do massive damage. Successful fatal frames will knock a ghost back, but you'll often get a chance to shoot another fatal frame for combo damage.

The drawback to combat is that it creates increased difficulty through some artificial means, one of which is ghost behavior. Some ghosts patiently line up and are shot without too much trouble, while some like to keep mobile and disappear at times, and that's all fine. But then there are ghosts that not only repeatedly disappear, but do so only to reappear either directly behind you in mid-attack animation as they go for your throat, or beneath you to trip you up that way. Fights like these are composed of your doing more pointless running around than actual shooting as you try to get that cheap ghost in a moment of weakness. These sequences can be hindered by the controls, since all the characters "run" very slowly, turn somewhat slowly, and can be a victim of forced-perspective rooms that have a nice cinematic look but can be cramped and terrible to fight in. That said, there are still plenty of good, creepy fights. The first time you crawl underneath floorboards on your stomach only to suddenly see a ghost skittering toward you, her glazed eyes gleaming and blood streaming down her face, you'll probably not want to get into an enclosed space anytime soon afterward.

The game shuffles you back and forth between Rei's home and the dream world. While she's awake and in her house, you can develop some pictures from your camera, have Miku research certain items, and scour your fiancé's reference materials for additional clues into the mysteries of the dream state. Each time you enter the dream, you'll have a basic amount of film and health-restoring items placed in your inventory, which means that you don't have to do a lot of item-scrounging while playing, as in a pinch you can likely make it through each section with just your base items. And since the game lets you save really good film or health items between visits, you'll rarely have to worry about going in unprepared. The frequent homestays do tend to lower the overall level of tension somewhat, since you're not unceasingly assailed by evil, but toward the end even your home isn't the haven you'd expect it to be.

The game sets its visual stage well, with plenty of cluttered, decaying rooms crawling with mold and musty kimonos all mostly in sepia and gray, making the splashes of color at ritual sites and in spilled blood all the more vivid. The characters themselves look fairly good, though they're a bit Barbie-like with mostly fixed expressions and slightly stiff movements. The ghosts are all evenly and uniquely horrible, from the wretched expressions of sacrificial victims, to evil high priests, to the deeply disturbing grin on the face of a little girl wielding a mallet and a stake. The sound work matches up to the visuals nicely, with little in the way of actual music but plenty of eerie ambient sounds, moaning, whispered warnings, sudden subtle noises and of course well-placed, chilling silence. The only drawback to the sound is that sometimes the general noise threatens to drown out the voices of ghosts while they're croaking warnings or threats at you, and you generally want to listen, because what they say can be useful.

Fatal frame III clocks in at around 10 to 15 hours long, so there's little reason to play it again unless you're the sort who loves unlocking new costumes and accessories for your characters. Other than some new ghosts to photograph and a slightly different ending, there aren't too many additions in consecutive play-throughs. At least the story is a well-told and interesting one, and you'll be curious about the game's rituals and outcome right up to the end.

Fatal Frame III: The Tormented is truly engaging, through the gameplay issues and the sometimes oddly paced storytelling--it's thoroughly dark, depressing, and dire, just as it should be. Any fan of horror games should consider this game worth checking out, and Fatal Frame fans will get the most out of it due to the overlapping stories. For the rest of you, if you're tired of getting a peaceful night's sleep, a few turns of The Tormented may just cure you of your troubles. 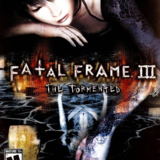 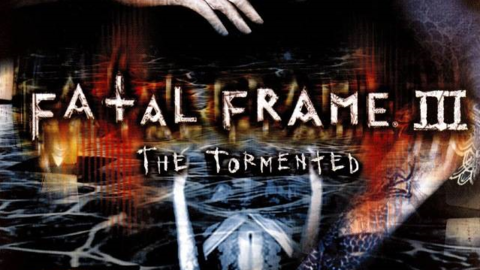 The next installment in the Fatal Frame series once again forces you to battle spirits with only a camera. In Fatal Frame III: The Tormented, however, that camera is equipped with a strobe light that can stun your enemies.

8.6
Sign In to rate Fatal Frame III: The Tormented