Fallen Earth's vision of the future is a bleak one. Horrific mutants roam the desolate plains, violent splinter groups worship computer AIs, and you must rummage through bags and scavenge junkyards if you intend to survive. Unfortunately, the postapocalyptic setting isn't this ambitious massively multiplayer online game's only harsh attribute: An array of troubling bugs, a steep learning curve, and dated visuals make playing occasionally seem more of a chore than a pleasure. Technical flaws and missing MMOG-standard features are as much a part of Fallen Earth as its warring factions and mutated chickens, so if you're not the patient and forgiving type, you shouldn't make this your next virtual home. It's unfortunate that Fallen Earth's exterior is so troubled because underneath it dwells a complex economy and oft-brilliant quest writing that draw you in despite the blemishes. These diamonds are invaluable, but the laborious task of mining for them can be exhausting.

The game's setting is intriguing and unlike any other MMOG on the market. The American Southwest is the last known cradle of civilization after natural disasters and nuclear war devastate the planet, and it's here that you'll struggle against the mutated beasts and lawless brigands that threaten what's left of humanity. You and other players are clones--able to regenerate in a LifeNet pod after each death. After a brief tutorial that introduces you to combat and interface basics, you find yourself in the middle of a meager desert town with only the barest essentials to help you scrape by. And it will take you a long time before you feel like you're doing anything but scraping by. Fallen Earth is a harsh mistress. You spend your first hours trying to get your bearings, seeking help from your fellow players, and slowly determining how you are going to earn enough gambling chips (that is, money) to endure. It might take hours before you as much gain your first level or even find a way to buy a weapon or armor effective enough to protect you should you venture away from the cold comfort of your starting village.

You won't ever tame the dusty brown Arizona wastelands, but you will eventually become part of its ecology. Scavenging is important and inescapable, so as you make your way further into the desert, you'll find more and more resource nodes waiting to be plundered. You collect such minerals as coal, lead, and copper; forage for mushrooms, grain, and varied edibles; and stockpile scrap iron, glass, and rubber found in decrepit vehicles and mounds of rubbish. You can purchase necessary items as well, but it's more cost effective--and often necessary--to find it yourself. In turn, you can use these resources to craft essentially any usable object found in Fallen Earth. Depending on your proclivities, you can fashion shivs and lawnmower blades to use in melee combat; pistols and crossbows if you prefer to keep your enemies at a distance; armor of all sorts, from jackets to boots; and all kinds of auxiliary items, from ammo and acid to ATV engines and horse feed.

If you enjoy the complicated economies of games like EVE and Pirates of the Burning Sea, Fallen Earth will scratch that same itch. Crafting is simple and painless: As long as you have the knowledge and items necessary, you can craft items anywhere (though the process is quicker in specific crafting labs). It takes some items minutes, hours, even days to complete, though like in EVE, crafting continues without further input once started--even if you are offline. Nor are you stuck with a particular discipline. As long as you obtain the book that teaches you the knowledge and level the crafting discipline high enough, you can make anything or everything. What you don't use, you can sell to a merchant or put up for auction, though because armor and weapons degrade over time, you may want to keep backups handy (though you can also mend those items with the right repair kit).

Like with crafting, you aren't forced into a single combat class. You can activate a template to help guide you toward a specific role, but there are no actual classes. You can mix and match to your heart's content, spending the advancements points you earn in any way you like. But whether you stick with pistols, rifles, or melee, you won't find Fallen Earth's combat very compelling. At least it strives for something different, eschewing the enemy auto-locking of other MMOGs and going for a pseudo real-time system that simulates a first- or third-person shooter. But whether you go for ranged combat or keep your foes close, combat is clumsy and lacks a sense of impact. When using melee weapons, battles are a mess of odd, jittery animations (particularly if you dual-wield) and flailing limbs made more awkward by weak sound effects. The imprecise targeting reticles of early ranged weapons like crossbows and zipguns make shooting equally inelegant. Better weapons lead to better combat later on, but even then, skirmishes are messy and unrewarding. Not even special abilities and mutations (Fallen Earth's version of magic) can energize the action; they don't look dramatic and, therefore, aren't that fun to use.

Combat isn't the source of all of Fallen Earth's shortcomings, though it does showcase some of the game's more bizarre behaviors. Enemies run toward you and position themselves in odd ways once combat is initiated rather than just run at you straight on, and they follow you for unusually long distances if giving you chase, even if they are many levels below you. If you defeat a human enemy, its rag doll might fly 20 feet into the air and flip cartwheels before landing. And these are among the less egregious technical and design flaws. At one point, we fell through the floor at a mission waypoint, which initiated an inescapable loop of falling and respawning; extricating ourselves required the assistance of a game master. (Similar requests are common in the in-game help channel.) Missions don't always update right away or may not update at all, and your active mission display will reset to another mission if you die or log out. Game performance takes a huge dive in populated areas; you'll see enemies and other players teleport around due to occasional but annoying lag spikes; and crashes, while less frequent than they were at the game's launch, are still common enough to be frustrating. There's just an unfortunate amount of technical clutter standing between you and your enjoyment.

Yet while the clutter hinders the fun, it doesn't demolish it. Quests are extremely well written, so while most of them are kill-this, collect-that tropes, they give superb context to your actions. You'll meet a grieving husband who has created a family of pitiable human shells in trying to clone his dead wife. Rival gangs play off each other as they vie for regional dominance. Fungal blights threaten the precious few crops sustaining the nearby town. Mission dialogue is mature but not gratuitously so, and the circumstances they describe seem authentic given the cruelties of the postapocalypse. Quest-giver Carrie Pennington sends you on a simple mission to kill humpbacked monstrosities, but when she tells you the town has taken up a collection to pay for your services, her desperation rings true. With each mission you take, this horrific vision of the future takes on added poignancy, and once you reach a high enough level to choose a faction (and reap faction-specific mission rewards), the tension mounts as you discover the ideological differences that divide them.

Of course, you won't always be alone when you tackle these missions. You'll need to grab a few buddies for the team-oriented missions like infiltrating a decrepit prison or exterminating a giant scorpion, though you can spend most of your time as a lone ranger. Unfortunately, Fallen Earth doesn't offer any of the helpful grouping tools you might take for granted in other recent MMOGs. You can't search for open groups or sort through different clans that might be recruiting. Instead, you'll need to do things the old-fashioned way: By seeking help in the regional chat channel and hoping for the best. You'll definitely want to be in a supportive clan or have the help of friends if you want to hazard the game's free-for-all player-versus-player areas: The resources you'll find there are valuable, but even in these hushed badlands, you can't always play the solitary hero.

But alone or with a friend, Fallen Earth's missions do a good job of sending you across the entire map to take on new quests and learn new crafting disciplines. You'll spend a lot of time traveling, so you should obtain a horse or ATV at your earliest opportunity. Travel can take you across lands fertile with resources, from cacti to lead nodes, which is a good thing considering your reliance on crafting supplies. Other times, the landscape is striking in its emptiness, barren of both creatures to fight and trash reserves to search. The stark environs add a lot to the atmosphere, but boredom can set in when you spend 10 minutes galloping to your destination. The occasional tedium is compounded once you've collected large numbers of raw materials and your crafting plans are in full swing. Inventory space is limited and cannot be expanded. Thus, you either make too-frequent (and often lengthy) trips back to the city to stuff excess necessities in a vault and sell the chaff or sort out the loot to salvage what is most helpful and leave the rest behind.

The lonely treks would be easier to embrace if the world were easier to look at, but Fallen Earth is not an attractive game. There are notable sights: hovering overpasses, a small village dotted with multicolored umbrellas, and an abandoned amusement park. But the technology doesn't do these visual touches justice. Textures are bland, lighting is weak, and graphical glitches (such as limbs disappearing from character models) are common. Without textural detail or slick animations to compensate, the fascinating world eventually turns into a humdrum sea of brown and bronze. One aspect of the production stands out, however: the excellent soundtrack. The strums of a guitar give one town a decidedly Wild West feel, while discordant strings raise tension levels in another. The music is both atmospheric and unobtrusive, sometimes enhancing the bleakness while at other times easing the solitude.

Fallen Earth has its pleasures, particularly once you reach its second major region and discover the wealth of content factional missions provide. Taking long trips across the wastes, scavenging for valuable resources, and enduring the slow pace of early leveling, however, makes it so that it will take a while before you see Fallen Earth at its most enjoyable. Even then, it's hard to escape the clumsy combat, notable bugs, and general user unfriendliness. Obviously, this is not a virtual world for everyone. But if you're willing to endure the flaws and occasional heartaches, you might become attached to Fallen Earth in spite of it all. There is a bright gem in here, but all the debris makes it tough to see the glow. 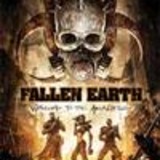 Fallen Earth: Welcome to the Apocalypse
Follow
$5.99 on Walmart
Buy 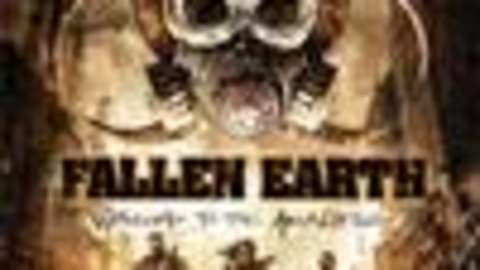 Fallen Earth: Welcome to the Apocalypse

Fallen Earth takes place in a post collapse Earth and puts you face to face with genetically modified beast and mutated humans.

6.9
Sign In to rate Fallen Earth: Welcome to the Apocalypse