F1 Race Stars is a competent kart racer that fails to go that extra mile and, as a result, outstays its welcome sooner rather than later.

Loop-the-loops, boost pads, and red "seeker" missiles are not the kinds of fodder you expect from a game boasting the official Formula One license and featuring the likes of Sebastian Vettel, Fernando Alonso, and Lewis Hamilton on its cover. Seeing these motor racing superstars inhabit a cartoon world that staunchly defies the rules of physics and fair play is, initially, equal parts bizarre and enticing.

Catching out Kimi Raikkonen on the last corner with a well-timed boost, taking the shortcut over the top of a castle to get past Jensen Button, positioning a rain cloud over Mark Webber's head--there's a novelty to all of this that is undoubtedly charming. Unfortunately, the charm doesn't last long.A few hours in and you realise this the technical world of F1 and the crazy realm of karting don't mix well together here, and that if it weren't for the F1 license, you would struggle to find reasons to play this over any of the many other similar racers already out there.

The game's 12 tracks are composed of the most famous destinations on the F1 calendar, including Monaco, Great Britain, Abu Dhabi, and Brazil. Many of the tracks feature famous sections from their real world counterparts, such as the Curva Grande in Monza, and the crazy chicanes of Monaco. But there are some significant differences too. The British Grand Prix, for example, is known for its sweeping corners and unpredictable weather. In F1 Race Stars, the British Grand Prix is known for conveyor belts that throw you off course and Harrier jets that you must dodge to prevent yourself from being burnt by their exhaust fumes. Other tracks register as equally outlandish--Brazil sees you navigating through a jungle, Abu Dhabi has you racing along a roller coaster, and Monaco features an impossible jump from sea level to mountain top.

While there's no lack of whimsy and variety in the track design, there are no standout moments either. Yes, racing with traffic on the autobahn on the Germany track is a fun idea, but it's a familiar trope within the kart racing community, and F1 Race Stars doesn't do anything to set its version apart from the competition. After you race all of the tracks in F1 Race Stars, none of them emerge as being any better than the others, and none of them are any more than simply sufficient for the job. Competent is an apt description.

Weapons fare somewhat better where memorable events are concerned. Aside from the generic inclusion of homing bubbles (read: homing missiles), boosts, and trap bubbles that act as banana skins, there are some neat perversions of more familiar Formula One traits, such as DRS, safety car, and wet weather. If you're lucky enough to pick up a safety car, it races to the front of the pack and slows everyone down in a bid to help you catch up. DRS increases your speed and makes you invulnerable for a limited time, and rainy weather opens the heavens but also gives you a pair of deep-tread wet tyres.

Race Stars also features an approximation of the KERS boost system from the sport. Corners feature sections where you can receive a boost on exit by pumping the right trigger, which fills a battery attached to the rear of your kart. The more you charge the battery, the bigger the boost you receive. So, just like in the real world sport, you're rewarded for slowing down into corners and using the racing line, which adds a gratifying layer of strategy to races.

Like in other popular karting games, the probability of picking up a certain weapon directly relates to how well you're doing in the race. Safety cars tend to appear only when you're at the back of the pack, for example, while trap bubbles are common when you're out in front. This creates a rubber band effect that keeps racers close, but rather than adding extra tension, it often just creates frustration. The aggression levels of the AI, and the fact that there are 12 cars on the track, mean that it's all but impossible to avoid being wiped out by some weapon or other when you're anywhere near another opponent.

Of course, this is the game's way of keeping everybody together and keeping the action flowing. But it doesn't work. The first half lap of every race tends to play out the same way--namely, an explosion of weapons that would make Rambo think twice about entering the fray. Everyone is so close together on the first lap that it's impossible to plan your attacks wisely or avoid the onslaught of others. It's a game of luck on that opening lap; the racer who winds up with the least damage gains enough of an advantage to never be seen again. Not that that person is racing too quickly for you to catch up. It's more a case of his being far enough ahead not to have to worry about the smorgasbord of weapons being unleashed behind him.

Other game modes work a little better by taking the focus away from simply finishing first, and towards something that makes less sense but is a whole lot more fun. Elimination Nation removes the last-place driver at regular intervals; in Refuel you need to grab fuel pickups to keep your tank filled; and in Slalom you must drive through coloured gates to score points. There are other alternative modes, but those three are the most fun and offer the best opportunities to play as the bad guy and ruin someone's race with a single act.

Like all games of this type, F1 Race Stars is much improved when played in multiplayer. Up to four players can play in split-screen, with those four all able to compete simultaneously in online races of up to 12 players. Playing with others removes many of the annoying traits exhibited by the AI racers, not least their remarkable aggression and skill with the weapon set. A four-player split-screen race with eight AI drivers set on 3,000cc (the highest of the game's three speed/difficulty levels) is worth your while for a few laps, but with circuits lacking in original ideas, you soon come to the realisation that you could be having much more fun playing Mario Kart.

Your enjoyment is not helped by the visuals, which, while perfectly satisfactory, do little to enrich the experience. The sharp edges and cheerful colour palette stand at odds with the V-Power, Santander, and Etihad product placements that litter various portions of most tracks, while the Pixar-like filter the F1 cars have gone through is hardly the most inventive, or interesting of treatments.

It's a bit of a shame, really. Codemasters Racing is one of the best and most dependable developers of racing games out there, but F1 Race Stars simply doesn't live up to the high standard defined by F1 games of the past. Once you see past the charming bobble-headed drivers and nods to F1, there's little here to hold your attention for long.

View Comments (8)
Back To Top
5.5
Mediocre
About GameSpot Reviews 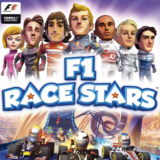 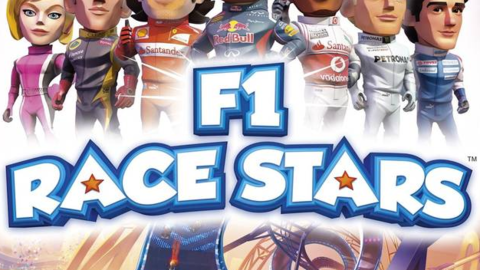 F1 Race Stars is a fast-to-the-fun arcade racing game for all ages.