Formula One has been stagnant in recent years. With the domination of the Mercedes team all but guaranteed since the beginning of the hybrid-era, new rules have injected some much needed spark into the once unquestioned pinnacle of motorsport. F1 2017 is a virtual reflection of that renewed vigor. The wider, faster and more aggressively styled cars are designed to be driven harder; a fundamental shift that brings with it a greater adrenaline-rush than any of the previous F1 games have managed to offer. Along with a greatly expanded career mode, a host of memorable classic cars and a litany of race options, championships and game modes to choose from, F1 2017 goes above and beyond expectations.

The bread and butter of the Codemasters F1 games has long been the career mode, which lets you create your own driver and guide them through their racing career, and F1 2017’s is no different. Aesthetically it’s been buffed out and expanded, adding new animations and team interactions, and showing off more of the infamous F1 paddock all while adding a grander sense to the occasion. For a series that had nailed the atmosphere of a Grand Prix some years ago, these additions add another layer that’s easy to appreciate.

The new upgrade system is another step up from last year, allowing you to focus your team's R&D efforts on new parts in four key areas--chassis, aerodynamics, powertrain and durability. Where you decide to focus your points largely depends on who you drive for. Go with a team like McLaren and you’ll need to focus heavily on improving the woeful Honda power unit. Whereas for a top tier team like Red Bull or Ferrari, you might be more methodical about how you spend your resource points, focusing instead on areas you might be slightly weaker than your competitors. F1 2017 improves on past entries by being the most transparent entry in the series, giving you more than enough information to directly compare performance to your rivals.

Resource points are earned over the course of a race weekend by meeting your team’s set qualifying and race objectives, as well as completing the practice programmes the team lays out for you in any given practice session. In addition to providing resource points for upgrades, the practice programmes also act as elaborate tutorials, teaching the finer arts of driving a modern Formula One beyond the basics of ‘the racing line’. More complex techniques like fuel and tyre management and determining race strategy are broken down into easily digestible chunks of information, making it easier for new fans to dig into what makes a race weekend so involved.

This level of strategizing extends to the car too, both in and out of the garage. F1 2017 tracks the wear and tear on each component of the engine and the gearbox, in line with real life rules to keep costs down for the smaller teams. Parts aren’t limited, but using more than your allotted amount will result in a grid drop penalty for each infringement. This means having to make tough but meaningful choices about whether to risk running worn parts for a race--leading to greatly reduced power or a possible outright failure--or taking the penalty and hoping you can fight your way back through the field.

When it comes to the look of the cars, they’re nothing short of exquisite. Each of the ten teams and their magnificent machines are modelled down to the finest details, with their sleek carbon-fibre bodywork lusciously reflecting the world around them. Likewise, the circuits themselves also show off the game’s excellent lighting and dynamic weather, which makes a return from previous games. The rare occasions where high-res textures take a moment to load in are a minor blemish on what is an otherwise stunning looking title.

Equally excellent is the feel behind the wheel. Be it with a wheel--which is absolutely the recommended way to play--or a gamepad, the cars feel as responsive as you'd hope. There is still more than enough power to make the back end slide out from under you, but unlike before, the wider tyres and extra downforce mean you can brake later, turn in harder, and get on the power earlier than ever before.

This is starkly reflected on track in the different handling and power of each car. Driving the McLaren-Honda down a long straight is nothing short of harrowing; other cars will power past you like you’re sitting still, forcing you to get your elbows out when trying to defend your position. On the other hand, both the Mercedes and Ferrari feel planted to the road straight out of the garage. The robust physics engine is backed up by some of the best racing AI in the business, who will fight hard for position and make mistakes, but also offer up plenty of racing room if you do manage to get a wheel alongside them.

The V10 roar of the 2002 Ferrari compared to the throaty growl of an old turbo-powered McLaren is enough to smack any nostalgic fan into bliss.

The inclusion of classic cars represents some of the best F1 machines from the last 30 years. From Senna’s 1988 McLaren to Vettel’s 2010 Red Bull, there are 12 cars in total, each of them a world championship winning car from their era. They wonderfully showcase the progression of the sport over the years, and the V10 roar of the 2002 Ferrari compared to the throaty growl of an old turbo-powered McLaren is enough to smack any nostalgic fan into bliss.

Jumping online to race with others is easier than previous years, doing away with the hoppers of old, opting for a more elegant approach. You choose your preference between shorter or longer races, get into a lobby and go. Also back is the online championship, letting you and your most dedicated friends battle it out over an entire season, with or without AI.

Time Trials let you race against the leaderboards in any car, modern or classic, in any set of weather conditions. Events are a new feature for F1 2017, offering one-off, downloadable scenarios that drop you straight into the action then comparing your results to others via leaderboards when you’re done. Codemasters have left no wannabe racer wanting with the myriad ways to drive these cars.

Any gripes cast against F1 2017 are minor. Instant replays could last a bit longer, and the simulation damage model could be more detailed and less forgiving. But this list pales in comparison to what Codemasters have delivered, an F1 game that can truly cater for everyone--from sim racers to the newest casual fan.

Codemasters has been on a roll with its F1 series for a number of years now, and F1 2017 feels like the culmination of those years of work. Where F1 2016 lacked a little on the career side, F1 2017 more than makes up for that and then some more. An improved multiplayer set up, a greater variety of race options and straight-up better cars to drive, on top of the stellar career mode and thrilling on track racing experience make F1 2017 simply the best Formula One game ever made. 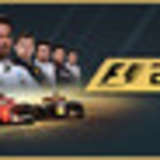 When James was 5 he asked his Dad for a mini-Formula One car for Christmas...it never came. So he settled on enjoying F1 racing games instead. He spent 26 hours in total across both PS4 and PC versions of F1 2017 with both a wheel and gamepad for the purpose of this review, using complimentary codes provided by Codemasters 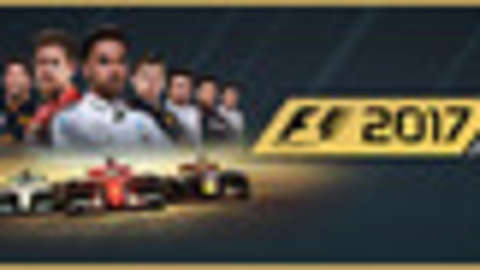