Codemasters' Formula One racing series has evolved in small ways over the years, but like real-world F1 cars, the devil is in the details. Adjustments that may seem menial from afar can have a significant impact in practice. It's not until the rubber hits the road that we can truly see how much better a driving experience F1 2016 truly delivers. This is a game that expertly captures the thrill of racing and the satisfaction of executing a winning strategy. With demanding car controls and increased authenticity that feeds into the excitement of high-speed races, F1 2016 is the best the series has ever seen.

Racing in F1 2016 is thrilling and tense, which is largely due to an improved physics model that defines the relationship between your car and the track. Now, cold tires have even less grip at the start of the race, and worn wheels force you to be careful while accelerating out of corners. Grip is nothing new to the series, of course, but the way in which tires evolve across miles of straights and braking zones feels more authentic than ever.

Not only does the grip feel more realistic, but the supporting mechanisms around it have also been improved to empower you as a driver. The importance of communicating with your engineer is emphasized more than ever, allowing for strategy changes if you push too hard and wear out your tires too early in the race. Formation laps have been added, allowing you to warm up your tires and brakes before the actual race starts, which delivers a palpable sense of anticipation to the start of each race. Adding to this tension is the option of manual starts. These reward fast reflexes, as you're challenged to keep the engine at the optimal RPM by holding down the throttle, only releasing the clutch as the lights go out. Release too late, and expect to see a lot of cars overtake you before the first corner. Release too early, and you’ll be punished with a drive-through penalty.

That's the core of what makes F1 2016 such an enjoyable experience. The balancing act between skill and race strategy feels right for the first time in the series. Maybe you've pushed too hard on a set of ultra-soft tires at the start of the race. Do you move to a strategy that incorporates an extra pit stop? Or do you attempt to wrestle the slippery tires around the track for a few laps? These are the decisions you have to make in F1 2016 while simultaneously trying to hit each apex, manage fuel, and steer clear of your competitors.

If you do collide on the track, crashes are more spectacular than ever. Suspension arms buckle as you shunt a wall at high speed, and shards of carbon fiber shoot up like confetti when your front wing clips another car. The replay system allows you to rewind time if you miss a corner and careen into a competitor, but you should get used to avoiding crashes. Big crashes are followed by a safety car that drives ahead of the pack, slowing it down, while the brand-new virtual safety car requires you to limit your own speed through areas of the track where stricken cars are being recovered. F1 2016 reflects the "anything can happen" reality of F1 racing. All of this combines to create an exciting experience where each lap around the track feels critical.

Dynamic weather scenarios allow you to control the weather during custom races. A new sunlight slider allows you to select what time of day you race--even going so far as to allow you to race Singapore's Marina Bay Street Circuit, a track we normally only ever see at nighttime, in broad daylight. There's a brand-new circuit in this year's game, too, thanks to the recent addition of the Baku City Circuit in Azerbaijan. Meanwhile, improved lighting, more environmental detail, and a wonderfully fluid 60fps on both consoles and PC help make each track come to life.

It's in the selection of game modes that F1 2016 feels a lot less revolutionary, however. This year has the same quick race and career options seen in previous editions, with nothing new added. The game offers some fresh touches, such as 22-person multiplayer and the ability to choose your driver's ethnicity, though sadly, female drivers aren’t available. A disappointing omission, especially considering how common female test drivers have become in the sport.

Though the modes are familiar, the on-track action in F1 2016 is the best the series has ever seen. Whether you're darting into the pits to take advantage of a virtual safety car in Monaco, screaming around Eau Rouge on a worn pair of super-softs, or turning sharply to avoid a racing incident, F1 2016 is frequently thrilling. The improved physics ensure the act of driving is entertaining, and working with your engineer to create a winning strategy is deeply satisfying.

The technical problems from last year's edition are gone, replaced by a game that purrs its way around the track like a well-oiled machine. F1 2016 is a terrific racing game that’s fun to play regardless of whether you enjoy tackling a full career mode or prefer a quick five-lap race around your favorite circuit. 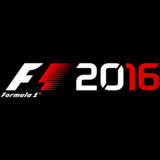 Danny often wakes up at silly hours of the morning to watch Formula One races taking place around the world. He co-hosts a Formula One podcast on Giant Bomb and splits his F1 gaming time between the Codemasters series and Project CARS. For this review, he spent 15 hours with F1 2016 across PS4, Xbox One, and PC, using complimentary codes provided by the publisher.