Don't let the AAA price tag fool you into thinking Extinction is a high-end product. It ain't, and there's nothing in the game--not even cutscenes--that come close to approaching the level of quality seen in its lavish, pre-launch cinematic trailer.

Discovering Extinction's sub-standard quality is frustrating because its premise is very enticing, and there are moments early on when it feels like it's primed to deliver. As a warrior who's capable of sprinting up walls, soaring through the air, and channeling sacred energy to tap into supernatural strength, you go toe-to-toe against incredibly tall and powerful giants. Taking them down requires you to lop off limbs and dismantle armor, building up enough energy to deliver a killing blow: a whirlwind slice through the back of their neck. Yes, it's obviously inspired by Attack on Titan--you even have a whip that can be used to latch onto hook points and pull yourself through the air.

Zipping across a city to reach a faraway objective, with your character effortlessly scaling walls and bouncing off treetops and canopies to avoid touching the ground altogether, can be enjoyable. And the early battles against the first few giants definitely strike a chord, with their impressive scale and intricately textured body parts giving their artificial bodies a dash of realism. It's all well and good while you're learning the ropes, but these initial thrills fade fast. Extinction quickly transitions into an incredibly repetitive game that fails to build upon its promising foundation.

The excitement of battling giants--easily the game's most admirable piece--wanes quickly. Despite the variations that appear over time, their behavior barely deviates from the standards set early on. Most often, you're merely challenged to target different types of vulnerable objects that bind their armor together, but as you pour points into the upgrade tree to unlock things like extended slow-motion attacks, your character's abilities scale quickly enough that these added steps are no more than inconvenient speed bumps in practice.

In order to get to the back of a giant's neck to take it out for good, you will most often need to cut off one of its legs to make it fall to the ground. Alternatively, some giants have bits and pieces that you can latch onto with your whip, though this system is largely too cumbersome to rely upon. It's very easy for the game to misinterpret its auto targeting and send you flying in the opposite-than-intended direction. Rather than a fun and reliable mainstay, your grapple ability is relegated to Plan-B status.

Nine times out of ten, a hit from a giant means instant death. Your only defensive options are to keep your distance--not always easy, given how close you need to be to cut off their limbs off--or to dodge out of harm's way before an incoming strike. Giants are so big that these attacks often come without warning, save for small red icons that appear near your character's head that are easy to miss while scrambling to simultaneously attack and stay alive.

Should you die, you respawn back into the stage with all your progress intact, but being brought back to life in this way sometimes puts you at an unreasonable disadvantage. Each stage is filled with buildings that giants will gradually destroy until interrupted; when the city is totally leveled, you fail the mission. Many times you respawn at the entry point of a location, which forces you to sprint back all the way back to the fight while a giant whittles away at the remaining buildings in your absence. In light of the great potential for one-hit deaths, being sent back to the beginning of the stage doesn't make a whole lot of sense.

Extinction is made by Iron Galaxy, a studio with experience making fighting games. There are reminders of fighting game mechanics within but any depth hinted at by the presence of super-armor and invincibility frames is shot down when you get a glimpse at the three combo lists. Practically every combo is executed with a single button and is only mixed up depending on when you decide to hold it down or delay the next input. Not that you need to master these skills in the first place. You can't damage giants with basic attacks, and smaller enemies are too dumb to put up a good fight.

And if you thought your sword, which is capable of slicing a giant's arm off, would be able to make quick work of an enemy 10 times smaller, you'd be wrong. The same attack you use to slice through bone a meter thick will only kill the most basic type of enemy, leaving others with plenty of health left over to keep fighting.

During missions where your only goal is to rescue citizens, the game arbitrarily changes the rules of engagement, but even then, not consistently. Most stages allow you to activate rescue towers at a normal rate regardless of the number of low-level enemies in the area. But in some rescue missions, suddenly it's "too dangerous" to attempt to activate a tower with nearby monsters, a proclamation from your partner that causes the charge rate to drop to unreasonably slow levels. But in later instances this is no longer the case, and rescue missions can be completed in two minutes or less as a result. Whether by design or by accident, there's a fundamental lack of consistency; some stages change the primary objective after you complete the task presented to you at the start, which, given the destructibility of cities, can put you in an unexpectedly frustrating position.

Perhaps the game's most damning quality is the fact that its story missions are often set in procedurally generated environments. That isn't bad in theory, but Extinction's random stages are typically flat and incredibly similar, and they aren't even in predetermined locations, which completely nullifies any chance of connecting with the story at hand. If giants level a city in one mission, how is it suddenly rebuilt in the next? Your guess is as good as mine. Likewise, the random generation of locations and giants (and their arrangement) can change the difficulty of a particular level from one playthrough to the next. You never quite know if you should press on during a challenging run, or just re-roll and try out a different permutation from scratch.

The story driving you through all of this is told primarily through conversations at the start and the end of a mission. In both cases, the in-game world freezes and static portraits pop up, along with a frustratingly small text box that can only fit two lines of text at a time, even when far more is usually said. While you watch text scroll through this box, dialogue is read aloud at a snail's pace by decent voice actors trapped behind hackneyed writing. The skip button quickly becomes your best friend.

You do get 2D cutscenes between missions on very rare occasions, but the hand drawn art is rough. The fact that only some cutscenes are properly animated while others are storyboard-grade stop-motion is guaranteed to cause concern. Even the game's ending, arguably a pivotal moment deserving of some investment in cinematic flair, is of the stop-motion variety, no more impressive than dressed-up placeholder art.

Extinction shoots itself in the foot time and time again. It's so frustrating to see its good ideas buried under repetitive missions, a forgettable story, and embarrassing production values for its AAA price. Play one hour of it and you've basically done a bit of everything it has to offer; then it's rinse and repeat for as long as you can bear to stick with it. It's a frail and monotonous game destined for the bargain bin.

View Comments (52)
Back To Top
4
Poor
About GameSpot Reviews 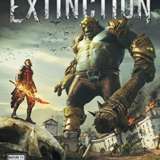 Peter finished Extinction's story mode on PS4 and did further testing on Xbox One and PC before writing his review. Complimentary copies of the game were provided by the publisher. 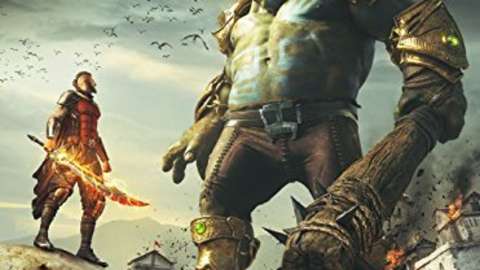