Etrian Mystery Dungeon can leave you bullied and brokenhearted. Picture this: after descending dozens of floors and cutting down swathes of virulent enemies, you step on a trap that fills the room with enough feral boars and sharp-toothed wildcats to take out an army. You're ill-prepared, having already exhausted most of your recovery items, so down goes your only medic. You're fresh out of the nectar and Yggdrasil leaves that had kept you on your feet, and somehow you forgot to bring along an escape item to pull you out of this mess. You continually swing your sword, but even the sharpest steel can't cut through such numbers. With a meaty thud, you drop, and away goes the gold, equipment, and items that once stood as trophies of your labor.

Within the dungeons, the lows are quite low; no one wants to watch progress vanish into the ether. But surprisingly, the highs manage to outstrip them. Etrian Mystery Dungeon is a punishing RPG that forces you to think before you dungeon crawl, as the penalties for falling in battle or failing to protect your home base can turn your stomach. But once you fully grasp the game's unique loot loop and begin to enter each area with a purpose, the sense of progression is almost too sweet to spurn. With endless customization options and a rich series of quests and randomly generated locations, this sprawling 3DS treat can devour your free time before you even feel the prick of its teeth.

You live and die by the dungeon, and there are many to explore. Aslarga--a picturesque town peppered with locations to dine, shop, and report quests--is your base of operations. Splintering off of this hub are dungeonous arteries rich with monsters and loot, and unique in shape and content from dive to dive. Each dungeon's structure is random and unpredictable, but what's certain is the brute sitting at the final floor, waiting to test the skills and equipment you've gathered within the previous locations. Downing the foe unlocks the next story beat, but putting up your blinders and ignoring the action from floor to floor for an early date with a boss isn't just foolish--it's suicide. It can be tempting to rush ahead, but the items and levels gained from scouring the different floors are invaluable, and I often found myself doing multiple runs of previous dungeons before even considering attempting a major battle.

So you toil away, digging up materials to sell and armaments to wield. Each step you take reveals a bit more of your current floor's layout, as well as acting as a turn, of sorts. Your steps correspond with those of the monsters inhabiting space in any section of the floor, so when you move, they move. You can position yourself parallel to a creature and bash away at its noggin until it drops, but the hearty suite of unique classes encourages more nuanced, turn-based combat. It's vital to bring along medics, gunmen, and members of your guild who make use of assorted means of attack in order to reach the bottom floor, and taking control of these new tacticians keeps the action varied.

Party makeup is critical, but without a solid set of skills, you won't get much done. Each level gained leads to a new skill point, and these can be used to unlock pinpoint sniper shots, a party-wide heal, or even a taunt that draws all enemy attention to a specific ally. Each of the available classes has a deep pool of talents, and every talent's potency can be bolstered with the application of additional points. Thankfully, shared experience--even with guild members absent from the dungeon--allows you to experiment with different combat dynamics. This makes what could have been a painfully tedious system easily manageable. Even if you never use that ninja you recruited early in the game, simply having her wait in the wings allows her to jump up in level and contend during the more difficult challenges.

Watching your characters go from clumsy adventurers to lethal tacticians is Etrian Mystery Dungeon's greatest joy. There are numerous interesting ways to build yourself up, from weapons and armor to skills and statistics, and you get a tangible tingle of joy when the total damage numbers that pop off of your targets' heads tick up over time. This makes finding each chest hiding a rare piece of equipment all the more thrilling. The longing for more loot and higher levels only intensifies, and the later dungeons often satiate this thirst.

Etrian Mystery Dungeon is a punishing RPG that forces you to think before you dungeon crawl, as the penalties for falling in battle or failing to protect your home base can turn your stomach.

It's so disheartening to watch it all fade away. In later dungeons, powerful creatures called DOEs roam the environment. These commanding enemies move from floor to floor, traveling up toward Aslarga as you shift down toward the final segment of a dungeon. Paying to build forts, which lock the dungeon's current layout and harbor up to four members of your guild, is one way of corralling the DOEs. When the enemy crosses the fort's path, it either battles the guild members guarding it or--if the fort is empty--destroys the structure and retreats. If you don't have the gold for construction, though, fighting the DOE is an option, but not a feasible one if your characters aren't properly prepared. Without debuff skills and appropriate statistics, you'll hit the dirt in minutes.

If you let the DOE slip by and reach the town, you're ripped from the dungeon, stripped of your spoils, and greeted with a dilapidated Aslarga. More often than not, one of the basic locations--such as the item shop or inn--is left in ruins by the DOE, and if you don't have a fat bank account to foot the bill, it takes time for the structure to be rebuilt. From there, you have to tackle the dungeons with limited, and possibly even empty, funds and leftover equipment you placed in storage.

Each dungeon's structure is random and unpredictable, but what's certain is the brute sitting at the final floor.

There's a great deal of trial and error, and I can almost guarantee you'll lose your most treasured possessions more than once. These were the times when I was repelled by Etrian Mystery Dungeon's thorny edges, where its learning curve seemed too steep to surmount. But I became savvier to the game's often frustrating peccadilloes over time, and became adept at managing the deepest of dungeons. Keeping the right items, placing forts at the correct intersections, and grinding my party to a sharp edge led to fewer close calls, and even fewer frustrations. Etrian Mystery Dungeon does little to hold your hand, but the early heartbreak acts as an effective lesson in how the game functions.

It's a grind, but a welcome one. The process of taking on quests, digging up new items, and returning to town with a fat bag of goods becomes more and more enticing as time goes on. The combat isn't all that action-packed, but the control you have over each member of your party paired with the wide variety of skills at your command produces interesting challenges from room to room. This is a loot hunt, through and through, but there are enough interesting hooks and unique adornments to make what could be simply repetitive consistently fun.

If you're looking for a rich story or open world to explore, Etrian Mystery Dungeon isn't your huckleberry. The narrative thread is just strong enough to remain interesting, but it takes a back seat to the loot-soaked foundation that works so well. The different levels of progression take center stage, and if you can overcome the opacity of the systems, the rewards are rich. Etrian Mystery Dungeon's tough outer shell takes time and patience to crack, but can’t conceal the treasures stored within. 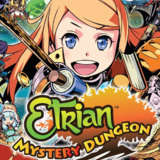 Josiah Renaudin delves into his fair share of virtual dungeons, picking up anything shiny that catches his eye. For the purpose of this review, he played Etrian Mystery Dungeon to completion and finished many of the quests following the story's end. The game was provided for review by Atlus. 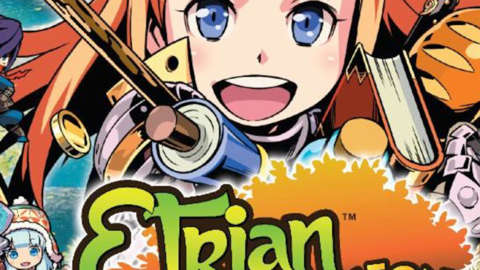