A brief excursion into a new constellation of worlds.

The manicured lawns in Etherborn are minimally sculptured. Their soil is thinly layered with patches of grass contained within grey slabs of concrete, and they stand in stark contrast to a backdrop of crumbling pillars and decrepit buildings. And like examining the self-contained scenes of a diorama, you'll find yourself ruminating over these landscapes as you unravel the puzzle of how to traverse them. But while Etherborn's minimalist beauty carries suggestions of loftier and more ambitious storytelling it's instead hampered a dissonant narrative, and a brevity that makes it feel lacking.

Like many platformers, Etherborn seems deceptively simple initially: just leapfrog your way towards the level's finale while collecting crystalline orbs that unlock previously inaccessible areas. In fact, some of Etherborn's geometric planes and architectural complexity very much harken back to Monument Valley, a title that famously plays on optical illusions and the mathematically-inspired art of MC Escher. What makes this puzzle game different is that its laws of gravity aren't like our world's. You can simply walk across any surface--even those perpendicular to your character--as long as there's a curved edge that connects them. However, you're still vulnerable to injuries and death; accidentally sliding off these landscapes and into the endless void below is a possibility.

Scaling these lopsided grounds introduces another dimension and new, unforeseen challenges. Etherborn often manipulates your perspectives, challenging you to find the abstract solutions to its puzzles. There are occasions where I was left baffled, unable to move on, only to realize much later that I didn't notice a few platforms I could jump on because they were turned onto their sides. At other times, you may even spend the bulk of a level on a horizontal wall and leaping over chasms within the same plane--a perspective that's tough to get the hang of. It's highly likely that you'll slip through the cracks at least once or twice due to the obtuse angles and see yourself spiraling downwards into the emptiness below (or sideways, given the game's unconventional gravitational pull).

Key to solving some puzzles is a keen eye for detail, which can help you to spot obscure passageways that open another route to your goal. Becoming intimately familiar with the nooks and crannies of every miniature world is something you'll want to do not only to satisfy your curiosity about the environment--it's also necessary if you want to get through the game's levels. Upping the ante in later chapters are shifting monochrome blocks, which expand and retract depending on where you are--and they can be a great source of grievance when they hinder your path.

It would have been a drag to commit to all these efforts if Etherborn's ecosystem were a lusterless one. Luckily, wandering and discovering each microcosm is mostly joyful and even oddly meditative. You can hike along the side of a flight of steps and find a starkly different landscape tucked away underneath, or run along the contours of the structures surrounding the island. Even though Etherborn's world is sparsely decorated and may even appear sterile, with only a few shrubberies, dandelions and elements of urban decay adorning each world, it is a universe still feels genuinely intriguing.

Discovering a hidden passage or a curved pathway as a new means of moving forward toward uncharted surfaces is hugely gratifying. Given that you'll probably be devoting a fair amount of time tinkering away at its puzzles, it also helps that the orchestral, instrumental soundtrack is soothing and non-intrusive. And while there are only five chapters in the game, each will probably take you at least an hour to figure out. Coupled with its steep levels of difficulty, it's also comforting that mistakes via accidental deaths are also quickly forgiven, with the game swiftly transporting you back to the state you were in a few seconds ago.

What's decidedly less impressive, however, is how hard Etherborn tries to shoehorn an ill-fitting narrative within the puzzles. You're a featureless, transparent humanoid figure with a very visible circulatory system, a character vaguely resembling the human anatomy mannequin found in a biology classroom. At the behest of an incorporeal, hallowed voice, you're tasked to travel across these lands in search of a series of waypoints. Tapping on these will eventually reveal various paths on a massive tree called the Endless Tree, its bark gradually peeling off to expose a meandering, vein-like system across its trunk that ties all the chapters together. It's a nifty inclusion that references the game's imagery of humanity and anatomy, but ultimately an inconsequential one.

Even as this disembodied voice tells a story that alludes to the beginnings of human civilization, the plot feels perfunctory and strangely divorced from its puzzles. Aside from introducing each chapter, the voice doesn't influence the game very much; instead, it simply delves into vague parables about the folly of human nature, without really explaining the significance of your mannequin character and this exotic world. This sense of dissonance makes the tale rather tenuous to follow. Exacerbating this is how the dialogue is filled with abstract ideas that teeter on pretentiousness, bloated with lofty lines like, "And so, their vast ego was also reduced to mere language." Etherborn would have been even more intriguing had it allowed you to project your own stories and interpretations onto this universe--like many curious onlookers would as they peer into a diorama.

The highlights of Etherborn are undoubtedly its inventive puzzles and its constellation of small, compelling worlds. But with just five chapters, its brief runtime feels lacking, and it left me wanting for more puzzles to solve. Etherborn attempts to compensate for this by unlocking a new game plus mode after you've completed the game, which lets you dive into the same worlds once more. This mode is largely similar to the original one, the only difference being the crystalline orbs, which are located in harder-to-reach places. Apart from the slightly more challenging platforming puzzles, however, the electrifying thrill of discovery has largely subsided--you've already found all the secrets, after all--and there's little incentive to revisit it. By the end, even the allure of these small worlds isn't enough to make you return, with only the yearning for more remaining in its wake. 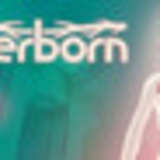 Khee Hoon spent about 8 hours on Etherborn on PC, and could have finished the game in less time if she was better at solving puzzles. Code was provided by the publisher.