The call of The Great One.

When I sit down to play a game in VR, I never expect that I'll last for more than an hour at a time. Headsets aren't seamless, and the experience of being enveloped in a game can be physically taxing depending on how it utilizes the hardware. When I played Edge of Nowhere, I never felt compelled to quit or take a break. It strikes a natural balance, leveraging VR's inherent sense of immersion to evoke emotional reactions, while delivering its gameplay in a familiar and intuitive manner. This is a four-hour experience that you play in one sitting not because it's hypothetically better that way, but because it successfully commands your attention from beginning to end.

Your troublesome journey takes place in Antarctica, where you're on a rescue operation in search of a missing scientific expedition. After your plane crash lands, killing your pilot and leaving you to fend for yourself, you have no choice but to trudge into the unknown, following the trail of gear left in the wake of the missing party. With this setup, it makes sense that Edge of Nowhere is linear; there's no time to waste in a harsh environment when lives are at stake.

The crew you're searching for was led by your former mentor, Professor Edwards, who believed that Antarctica would not only contain evidence of ancient undocumented lifeforms, but that they were still there, thriving in the shadows. The backstory is told through intermittent hallucinations, potentially brought on by the head injury you sustained during the plane crash. During these moments, you witness memories of Edwards' failed pleas to the scientific community, and of Eva, your wife and fellow scientist, who daringly stood behind Edwards' unpopular theory. As you soon discover, they were onto something.

Your search begins on top of the arctic ice sheet--you slide down snow-packed slopes, leap across fields of glaciers, and cross crumbling, rudimentary bridges. But you quickly find your way underground, into the den of the foretold ancient beasts. Little by little, you grow increasingly aware of monsters lurking on walls and ceilings, scuttling out of sight just before you can get a good look. In these moments, the benefits of VR are immediately apparent. Edge of Nowhere is a third-person experience, but being enveloped in a headset, cut off from the real world, makes the sense of being consumed by darkness and tight-spaces feel eerily convincing.

If you're a fan of sci-fi horror films from the '80s, you'll pick up on details that recall James Cameron's Aliens--creatures unfurl from egg-sacks in rooms bound by mysterious, organic architecture. Similarly, the arctic setting and the few monsters that appear vaguely human will bring back memories of The Thing. When the horrific elements underground overlap with the protagonist's hallucinations, Edge of Nowhere can be a truly disturbing experience that's made authentic through its use of VR.

Despite being overwhelmed by fear and doubt, you aren't helpless thanks to your shotgun and a reliable throwing arm. Edwards' ancient creatures rely on sonar and their sense of hearing to track prey. By throwing rocks that you find on the ground, you can trick them into chasing false targets, allowing you to sneak by undetected. Flee too fast, and expect to be tailed by every monster in the room. This occasionally turns into a riveting chase sequence, with monsters nipping at your heels as you bound across ice that shifts and breaks underfoot. Get caught, however, and the fastest monsters will murder you instantly. If running isn't an option, you can kill most enemies with a well-placed shotgun blast--you aim the reticle effortlessly using Rift's positional tracking--but you won't have enough ammo to do so consistently.

When I can't pick up a cache of shotgun ammo lying in an abandoned camp because I'm already carrying four shells--hardly a lot by anyone's standards--I'm brought back to reality.

Because you're only allowed to carry four shotgun shells for most of the game, practically every monster encounter is a stealth puzzle by default, where your shotgun--or your relatively weak ice pick--is a last resort. When I'm sliding off of cliffs and have to catch myself on a wall with rickety climbing gear, I buy into the thrill. When I'm descending into otherwordly environments, confronted by mangled corpses dangling from ceilings and massive, alien entities, I'm on edge. But when I can't pick up a cache of shotgun ammo lying in an abandoned camp because I'm already carrying four shells--hardly a lot by anyone's standards--I'm brought back to reality; I'm playing a video game that unreasonably limits my abilities in order to inflate tension. Realizing this, stealth quickly becomes the least enjoyable aspect of the game.

Disappointing as this habit may be, Edge of Nowhere doesn't allow for lingering feelings. It keeps up a rapid pace, shifting between storytelling, stealth, and action set pieces. The process of going underground, surfacing, and reliving the past through troubling visions grows familiar, but you learn to appreciate each beat for what it offers. On top of the ice, you can take comfort in the blue skies and timid wildlife as you leap and bound, free from the threat of enemies. On the other hand, you begin to anticipate the weirdness that awaits you underground, which pulls you into intoxicating despair. Above all else, the air of uncertainty that plagues the antagonist's state of mind gets under your skin and keeps you hooked. The more you learn about the past, the more doubts you have about the present, resulting in an increasing number of haunting visions and unanswerable questions.

Edge of Nowhere is a model example of how to integrate traditional gameplay into VR.

At the end of my journey, I was gripped by what I had seen, and thoroughly impressed by how it unraveled before me. Edge of Nowhere is a model example of how to integrate traditional gameplay into VR, striking a wonderful balance between showcasing the capabilities of Rift and delivering engaging action. Familiar though the challenges may be, they're made exciting by stirring set pieces and surprising visions, both of which are amplified in VR. Insomniac Games has a storied history that includes many beloved games and franchises, and with Edge of Nowhere, that legacy grows stronger.

View Comments (157)
Back To Top
8
Great
About GameSpot Reviews 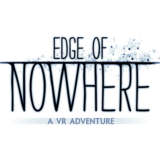 Peter played through Edge of Nowhere in one four-hour session. Insomniac Games provided GameSpot with a complimentary copy of the game for the purpose of this review. 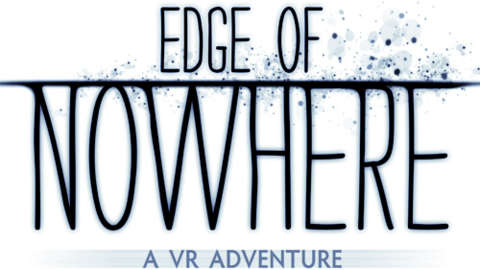 Edge of Nowhereis a VR third-person action-adventure from acclaimed independent developer Insomniac Games.Follow the trail ofa missing expedition that leads across the treacherous mountainsof Antarctica. Scale massive ice walls and travel deep into alien caves in thisunsettling psychological thriller. In Edge of Nowhere, nothing is what it seems and the unexpected lurks from all sides